The “massive” Midwest storm that swept the media’s imagination into a frenzy early last week was actually not massive at all. In fact, at 956 mb, it set our national record for the lowest pressure in a nontropical system. According to the National Weather Service, this minimum pressure broke the old record of 28.28″ (958 mb) set on Jan 26, 1978 during the Blizzard of 1978 (aka the Cleveland Superbomb). This mark was also lower than that observed during the March 1993 Superstorm (aka “The Storm of the Century”), the “Witch of November” storm that sank the Edmund Fitzgerald in 1975, and even the Columbus Day Storm of October 1962. That technically classifies this storm as exceptionally empty, to a record degree. That’s right. It set our national record for a mass deficit in a nontropical storm. But I understand calling it a massive storm. It certainly created impacts on a “massive” scale.

The real issue is that its comparison to a hurricane makes no meteorological sense. Even if the comparison is based solely on wind speed, the analogy is still not accurate. The highest official gust in the storm was measured at 79 mph in Sherwood, Wisconsin. Sustained winds were much lower than that. Technically this is low- to midrange tropical storm strength. Ok, fine. So it didn’t quite “measure up” to a hurricane. But the dissimilarity runs much, much deeper than that.

Midlatitude cyclones are remarkably unlike hurricanes for many reasons. They have different dynamics, thermodynamics, microphysics, different physical scales, and on and on. These nontropical storms owe their existence to vertical wind shear (and the “instability” thereof), and hence require strong temperature contrasts to grow and survive. They can develop anywhere -land or sea- (except very near the equator), and do so essentially every day somewhere on the planet.

Hurricanes are comparatively rare phenomenon that can only survive in a tranquil maritime environment. Their development is rooted in the transfer of heat from the ocean via a complicated air-sea interaction. They HATE wind shear and the associated temperature contrasts. The circulation that really defines the tropical cyclone is largely driven by mid-level heating from thunderstorm clusters … which are not rooted in the kind of pre-existing “instability” that nurtures our thunderstorms here on the continent (where it’s cold aloft). Instead, the mid-level heating comes from a self-induced transfer of heat from the ocean surface. Complicated, I know, but these storms are not like our Kansas storms which thrive on cold air aloft. They have to create their own “instability” through a wind-induced exchange of heat from the ocean. The bottom line is that the hurricane machine is derived from a very different set of processes than the kind that creates the “massive” midwest windstorms.

And besides, a large fraction of the population has experienced these midwest windbags. Very few have any idea what the rare and spectacularly tempestuous conditions are like in the eyewall of a major hurricane. That is truly a frightening place to be. 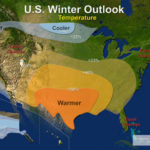 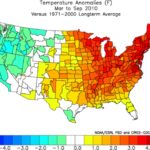