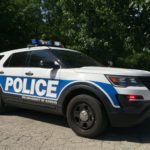 The following incidents were reported to the University of Kansas Office of Public Safety between Monday, May 1, and Sunday, May 7. Incidents are listed by date reported. This list may not include all crimes reported to police during the date range, as incidents occasionally are posted online longer than two days after being reported.

• Police found a person in possession of marijuana about 2:30 p.m. May 7 at Hashinger Residence Hall.

• Someone cut a bicycle lock and stole a bike between May 3 and May 5 at Hashinger Residence Hall. Loss was valued at $455. Damage was estimated at $20.

• Criminal trespass occurred about 11:50 p.m. May 4 at Lippincott Hall. People climbed onto the roof.

• Theft occurred between April 7 and May 3 at the facilities administration building. Someone failed to return seven keys after quitting a job with the university.

• Breaking and entering occurred May 3 at the Wilna Crawford Community Center. Someone gained unauthorized access to the building and removed property without permission. Loss was valued at $6.

• Someone stole a bank card April 15 from the women’s locker room at Wagnon Student Athlete Center. Loss was valued at $1.

• Someone cut a bicycle lock and stole a bike between April 28 and May 1 at Lewis Residence Hall. Loss was valued at $220.

• Someone cut a bicycle lock and stole a bike May 2 at the computer services facility. Loss was valued at $915.

• Someone damaged a bicycle and lock between April 28 and May 1 at Templin Residence Hall. Loss was valued at $130.

• Someone took a bicycle and bike lock between April 28 and April 30 at Nunemaker Hall. Loss was valued at $720.

• Criminal use of a financial card occurred May 1 at Jayhawker Towers. The suspect used the victim’s card to buy things online without the victim’s permission.

Older report: The following incident was not available when the Journal-World published the corresponding week’s KU Crime Blotter. It was added to CrimeReports.com later.

• Disorderly conduct was reported about 1 a.m. April 30 at Jayhawk Boulevard and Sunflower Road. When officers responded to a single-car traffic accident, the suspect was intoxicated and resisted arrest.