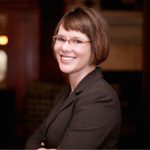 A former chief of staff to a Kansas House Democratic Caucus was quoted in a national political website Wednesday, saying she was the target of inappropriate sexual advances for years while working for the Legislature.

Hodgson served as chief of staff under former House Minority Leader Tom Burroughs, D-Kansas City, from 2014 through 2016. In the article, she says that she reported both of those issues to Burroughs and to other House leaders, but when they refused to act, she quit, just two weeks before the 2016 Democratic primaries.

Burroughs disputed that portion of Hodgson’s account. In a separate telephone interview with the Journal-World, he said that as soon as Hodgson reported her allegations he called a meeting of the House Democratic leadership and ordered a stop to the behavior.

Her story was just one example cited in the Hill article detailing how women in state capitols around the country experience sexual harassment on a regular basis. More and more women from all walks of life have been coming forward with similar stories — sometimes posting them on Twitter with the hashtag #MeToo — since the revelations about Hollywood producer Harvey Weinstein and the widespread sexual misconduct in the film and entertainment industry.

Before working in Burroughs’ office, Hodgson had been active in Democratic politics for years and held a number of posts in the administrations of Govs. Kathleen Sebelius and Mark Parkinson. In 2014, she ran unsuccessfully for the 46th District House seat in Lawrence, the seat formerly held by Rep. Paul Davis.

Hodgson lost the Democratic primary that year to Boog Highberger. During that primary campaign, Highberger was pressured into firing his own volunteer campaign manager, Melinda Henderson, after Henderson posted Hodgson’s campaign finance report on Facebook, adding the comment: “For my friends and followers who might be thinking about voting for Opponent because she’s younger than Boog Highberger for State Rep. and has a uterus.”