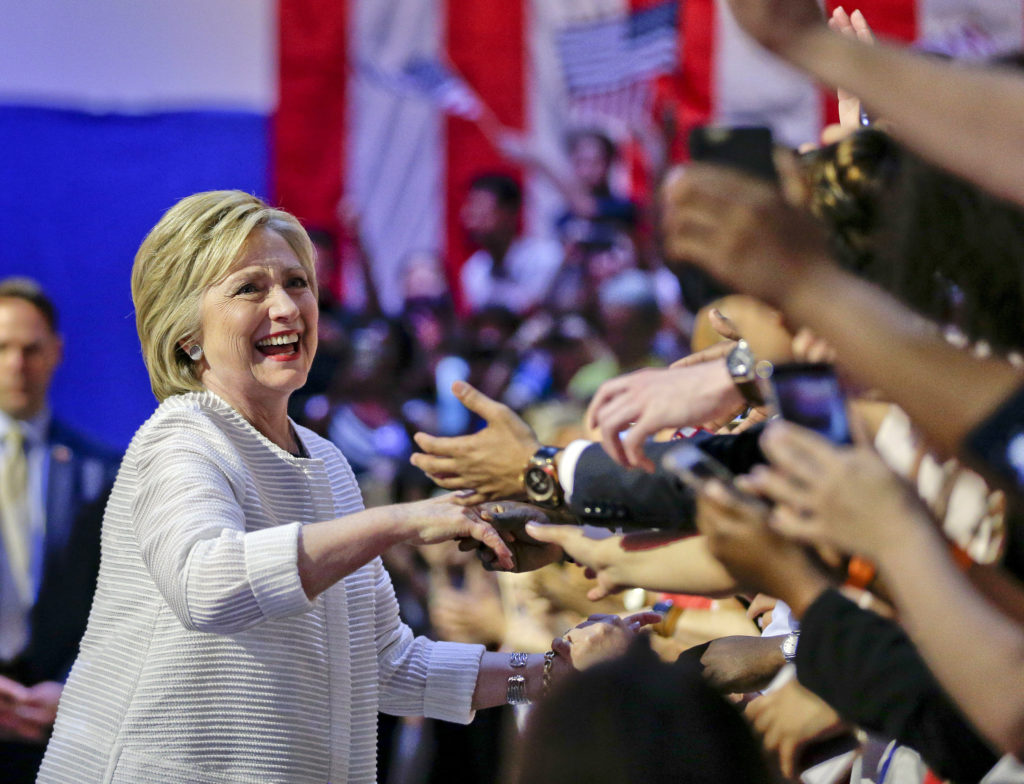 Kansans are overwhelmingly dissatisfied with their state government and with their choice of presidential candidates, according to a new poll released Friday.

But when given a choice between the two parties’ presumptive nominees, a plurality (43-36 percent) said they prefer Democrat Hillary Clinton to Republican Donald Trump, while 21 percent are currently undecided.

If those trends hold through November, it would mark a historic shift in Kansas politics, where no Democratic presidential candidate has won Kansas since 1964, when Lyndon Johnson carried it over Barry Goldwater, 54-45 percent.

The poll by John Zogby Strategies was commissioned by the Kansas Health Foundation and was released Friday in conjunction with a symposium being conducted in Wichita. The random survey of 433 registered voters was conducted June 4-6 and had a margin of error of plus or minus 4.7 percent.

Speaking in a telephone interview from Wichita, pollster John Zogby said the results were surprising for such a solidly Republican state as Kansas.

“The Republicans have some work to do to earn the red state status this time,” he said. “You’ve got the presumptive nominee, Trump, polling only 36 percent. That’s some making up to do.”

But Kansas University political science professor Patrick Miller said the numbers weren’t completely surprising, especially on the Democratic side where Clinton’s 43 percent is about on par with how Democratic presidential candidates tend to do in Kansas.

“That’s a little bit better than (President Barack) Obama did,” he said. “So if you assume also that Trump is toxic, Clinton hasn’t closed the deal with Millennials yet, she probably has some room to grow. I think Clinton will do better than the average Democratic candidate. I don’t think she’ll win Kansas, but I think she’ll probably get a few percent better than Obama.”

One of the keys to the race in Kansas will be which candidate can win over the 21 percent of voters who are still undecided, and that includes a large number from both Democrats and Republicans, but especially independents.

Zogby said his poll showed 12 percent of Democrats and 16 percent of Republicans are still undecided about the race. But among independent and unaffiliated voters who make up 30 percent of all registered voters in Kansas, 31 percent remain undecided.

And among 18- to 34-year-olds, the so-called “Millennial” generation voters who went overwhelmingly for Obama in 2008 and 2012, Clinton leads 44-29 percent in Kansas, with 27 percent still undecided.

“I’m going to extrapolate here and suggest that she hasn’t closed the deal,” Zogby said. “That’s probably the 12 percent undecided Democrats right there.”

Miller said it could also be a reflection that both Clinton and Trump have not yet won over a big part of their own parties, which voted overwhelmingly for Democrat Bernie Sanders and Republican Ted Cruz in the March 5 Kansas caucuses.

“Trump, you look at this and it’s like, this is vastly underperforming,” he said. “Maybe that’s not closing the deal with the evangelical base. Maybe that’s the low support from independents who might normally vote Republican. So I think that’s kind of one way of interpreting it. Clinton does a little bit better than Obama, given the context, but Trump in Kansas really has a whole lot of solidifying of his base to do.”

The survey sample did include a larger proportion of college-educated voters (50 percent) than the adult population as a whole (31 percent), and that is a key demographic group with which Trump routinely polls poorly.

But Miller said the sample is actually a close reflection of the population that actually turns out to vote in Kansas.

Other findings in the election survey seem to match what has been found in other national polls: Nearly two-thirds (65 percent) said they are dissatisfied with the choice of nominees; and nearly a fourth of those polled (24 percent) said the main reason they are voting is because they strongly oppose the other candidate.

That was more true among Republicans (22 percent) than Democrats (12 percent), while 27 percent of independents and other-party voters said their choice was based on opposition to the other candidate.

Zogby said that is consistent with what polls in other states and nationwide surveys have shown.

“What makes this all really so fascinating is that you have two of the best known figures in the country, and two of the least-liked figures in public life, who are now presumptive nominees for their party,” he said. 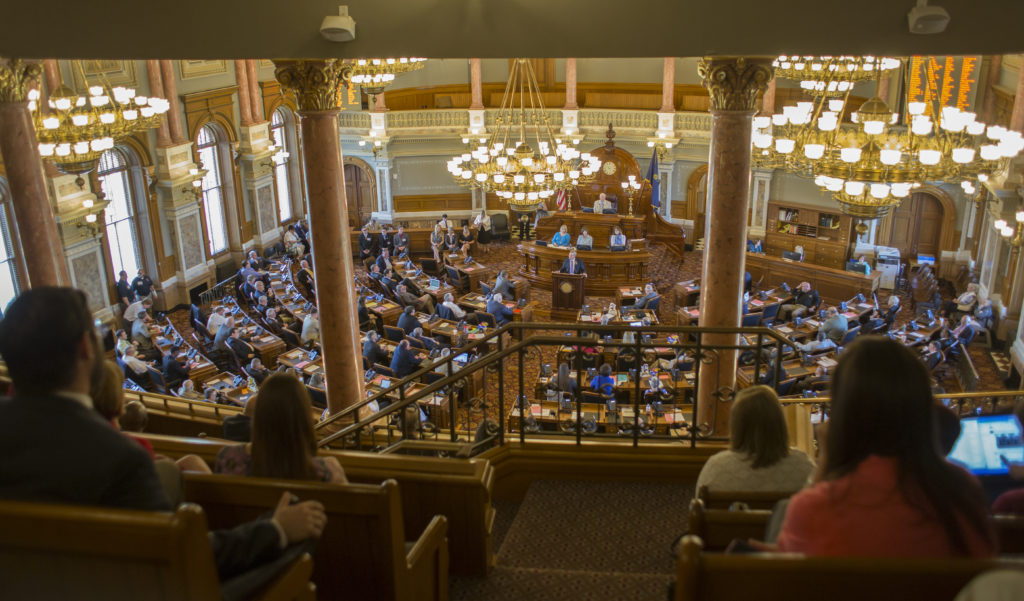 The Kansas House of Representatives meets during the final day of this legislative session Wednesday, June 1, 2016 at the Statehouse in Topeka.

The poll also showed 71 percent of those surveyed have a generally unfavorable opinion about the performance of Kansas government and nearly two-thirds (65 percent) don’t believe it’s doing a good job spending or saving taxpayers’ money.

Another 60 percent don’t believe the state is spending enough to ensure a quality education for Kansas children, and just over half, 56 percent, say it’s not doing enough to provide a safety net for poor and low-income residents.

Those findings come just two weeks before Kansas lawmakers are scheduled to return for a special session to respond to a state Supreme Court ruling on school finance equity. Earlier polls by the Docking Institute at Fort Hays State University have also found broad dissatisfaction with the Kansas Legislature and the level of funding it provides to public schools.

Zogby said he wasn’t familiar enough with local races to offer an opinion about what that means for upcoming legislative races, “but it does suggest to me that there’s a nasty mood and that it’s not great, all things being equal, to be an incumbent.”

Miller, on the other hand, said the 2016 races so far display all the elements needed for a “wave” election, the kind that produces a wholesale shift in partisan or philosophical control of the Legislature. But he said it’s still too early to tell if that will happen.

“Do you have the right context for that,” he said. “Absolutely. (Gov. Sam) Brownback is unpopular, Trump is unpopular. Granted, Clinton is unpopular too, but Trump’s unpopularity changes that dynamic a little bit.”

“You have (Gov. Sam) Brownback unpopular, Trump unpopular and very negative assessments of Kansas government, so that creates the right atmosphere,” he said. “You have a fair number of seemingly good quality candidates. So I think really what that comes down to is going to be race-by-race: can these challengers stay on message, with the right message to appeal to voters, which is basically being anti-Brownback.”