Getting to know: Seton Hall basketball 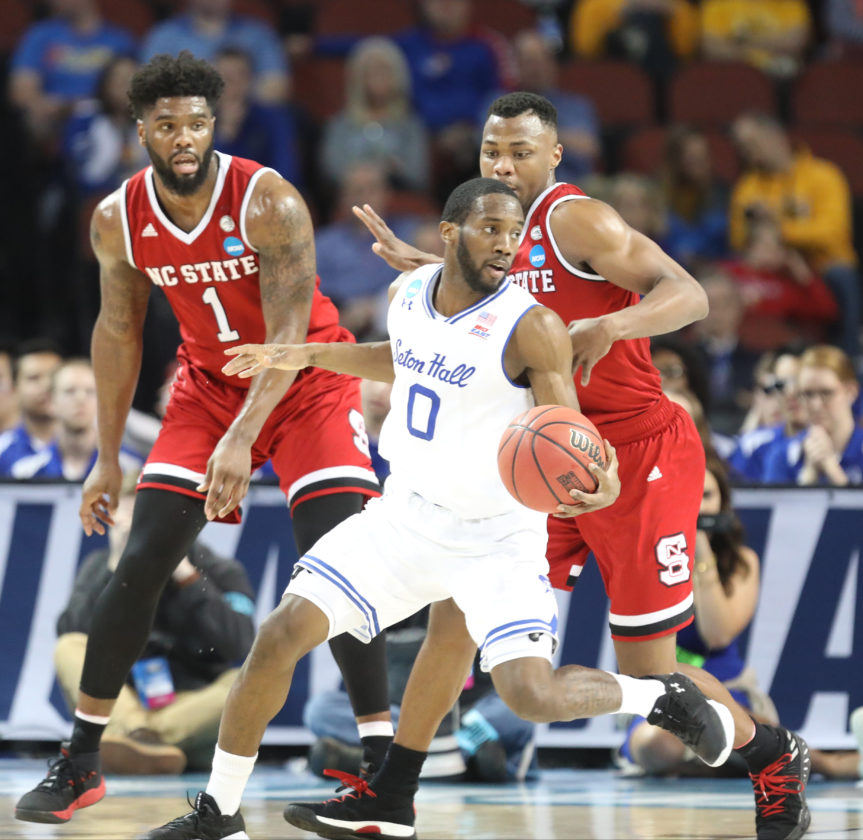 Led by a talented senior class, Seton Hall finished third in the Big East and earned its first NCAA Tournament victory in 14 years.

The reward of Thursday’s 11-point victory over North Carolina State is a second-round matchup against top-seeded Kansas (6:10 p.m., TBS) on Saturday at Intrust Bank Arena. The Pirates have won five of their last seven games following a four-game losing streak at the beginning of February.

“The way they go about doing their business is different,” Self said of the comparison between Seton Hall and WVU. “But I think from a physical standpoint they certainly kind of look that role.”

Playing Texas Tech, its only Big 12 opponent this season in non-conference play, the Pirates (22-11) earned a 10-point victory at Madison Square Garden in November.

Fun fact: With a victory against Seton Hall, Bill Self will pass Roy Williams for the most wins among KU coaches in the NCAA Tournament. Self owns a 34-13 record in the tournament while Williams went 34-14.

Series history: The series is tied, 1-1. Seton Hall won the first meeting in 1988 in the championship game of the Great Alaska Shootout. Kansas followed with a win in 2001 in the fifth-place game of the Maui Invitational. 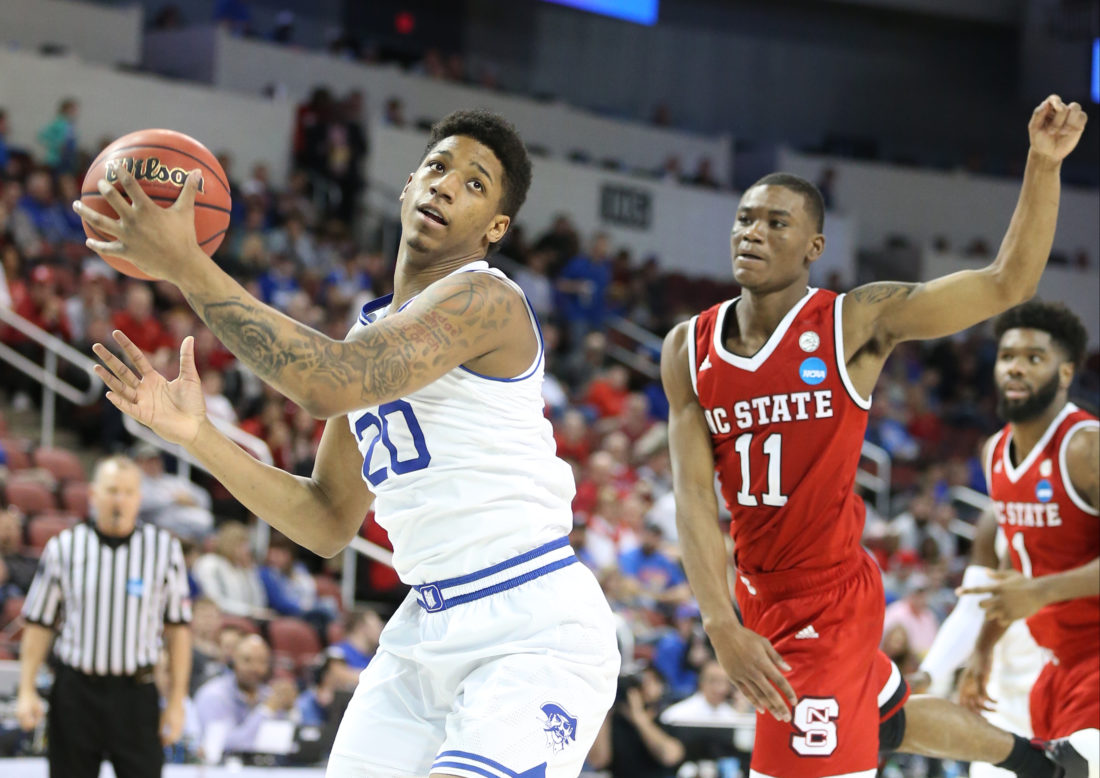 A second-team all-Big East selection, Rodriguez is averaging 17.9 points on 50.5 percent shooting from the field. He’s a 37.7 percent shooter from the 3-point arc, adding 4.9 rebounds per game. According to hoop-math.com, Rodriguez makes 67 percent of his shots that he takes at the rim.

Rodriguez missed three games at the end of the regular season with an ankle/foot, suffering a bone bruise. He’s scored at least 20 points in 12 games this season. Rodriguez ranks 14th in school history in scoring.

In the NCAA Tournament: Scored 20 points on 8 of 14 shooting with three rebounds and two steals in 29 minutes.

• “I’m a fan of Kansas,” Rodriguez said. “But now I’m not no more, just for this game. But I watch their games a lot. Their games come on TV a lot. Just going through a variety of games, that’s the best game on TV. They always give you a good game. Other than the other scouting report my coach is going to give me, I got a great scouting report myself.” 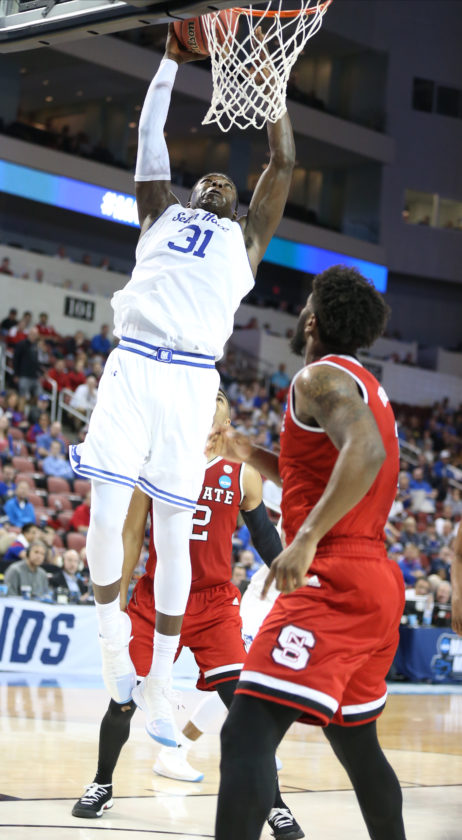 Seton Hall center Angel Delgado (31) comes in for a dunk during the second half, Thursday, March 15, 2018 at Intrust Bank Arena in Wichita, Kan.

A double-double machine and second-team all-Big East choice, Delgado has 21 double-doubles this season. The Big East’s all-time leader in rebounds, Delgado is averaging 13.3 points and 11.5 boards, shooting 50 percent from the field.

Delgado, from the Dominican Republic, takes 55.5 percent of his shots at the rim, according to hoop-math.com. He ranks second on the team with 22 blocks.

In the NCAA Tournament: Recorded 13 points (4 of 7 shooting), nine rebounds and four assists before fouling out in 25 minutes. 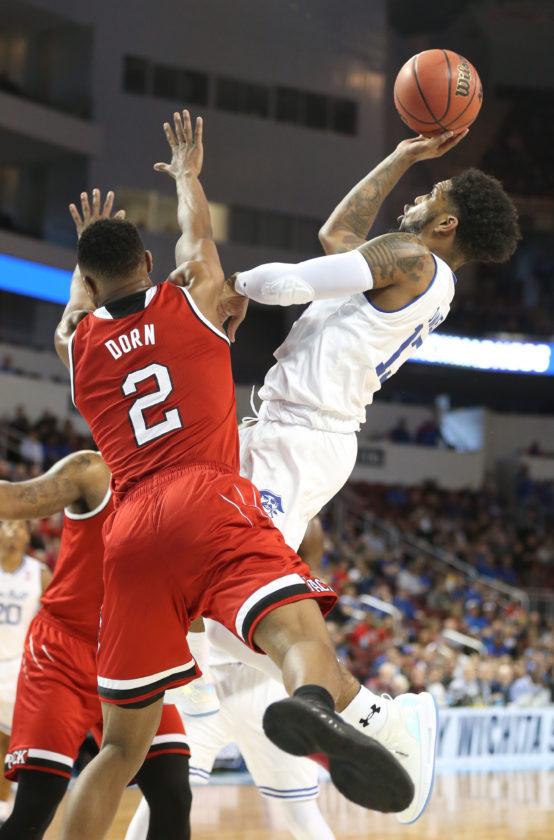 Capable of heating up at any time, Powell is averaging 15.5 points on 37.8 percent shooting from the 3-point arc. But he’s been in a funk, making 9 of his last 45 attempts from deep. Beyond his shooting, Powell is second on the team in assists (2.8 per game) and steals (1.0 per game).

In the NCAA Tournament: Making 10 of his 12 attempts at the free-throw line, he scored 19 points (1 of 7 shooting from 3) with nine rebounds. 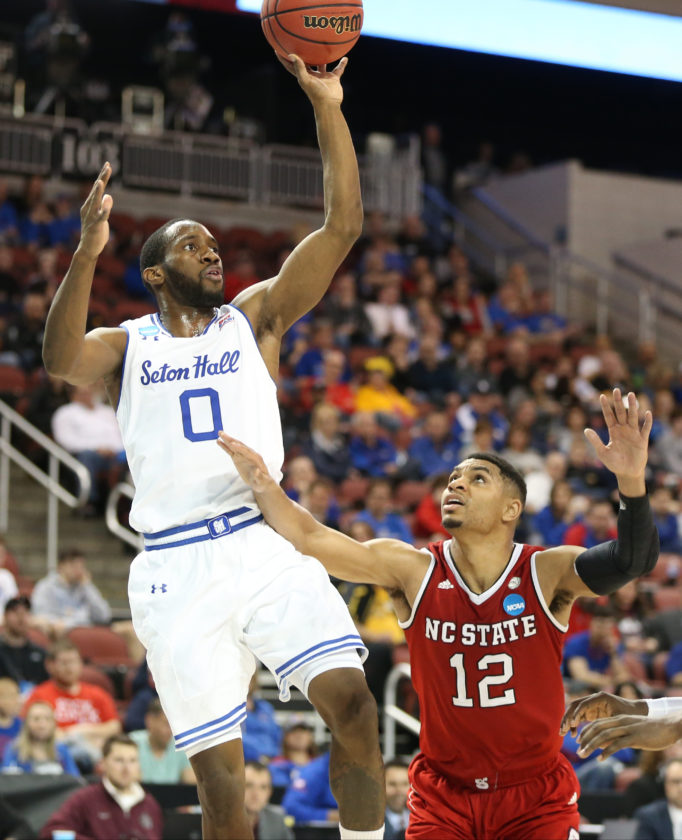 Playing off of the bench, Sanogo has produced 5.6 points and 5.3 rebounds per game. Focusing on defense, he leads the team with 29 blocks and ranks second with 33 steals. When he does look to score, he’s shooting 54.9 percent from the field (45.8 percent on 24 attempts from 3).

In the NCAA Tournament: Finished with 10 points and 10 rebounds in 27 minutes, snagging two steals while shooting 4 of 6 from the floor.

ONE THING SETON HALL DOES WELL

It’s no surprise with such a talented rebounder like Delgado, but Seton Hall entered the NCAA Tournament ranking 29th in the nation in offensive rebounding rate. The Pirates snagged 34.1 percent of their misses, tops in the Big East.

The Pirates have trouble forcing turnovers, ranking 196th in the nation in turnover percentage defense. That allows opposing teams to settle into their offenses. In their eight losses against Big East opponents, the Pirates failed to force more than seven turnovers in three of them. 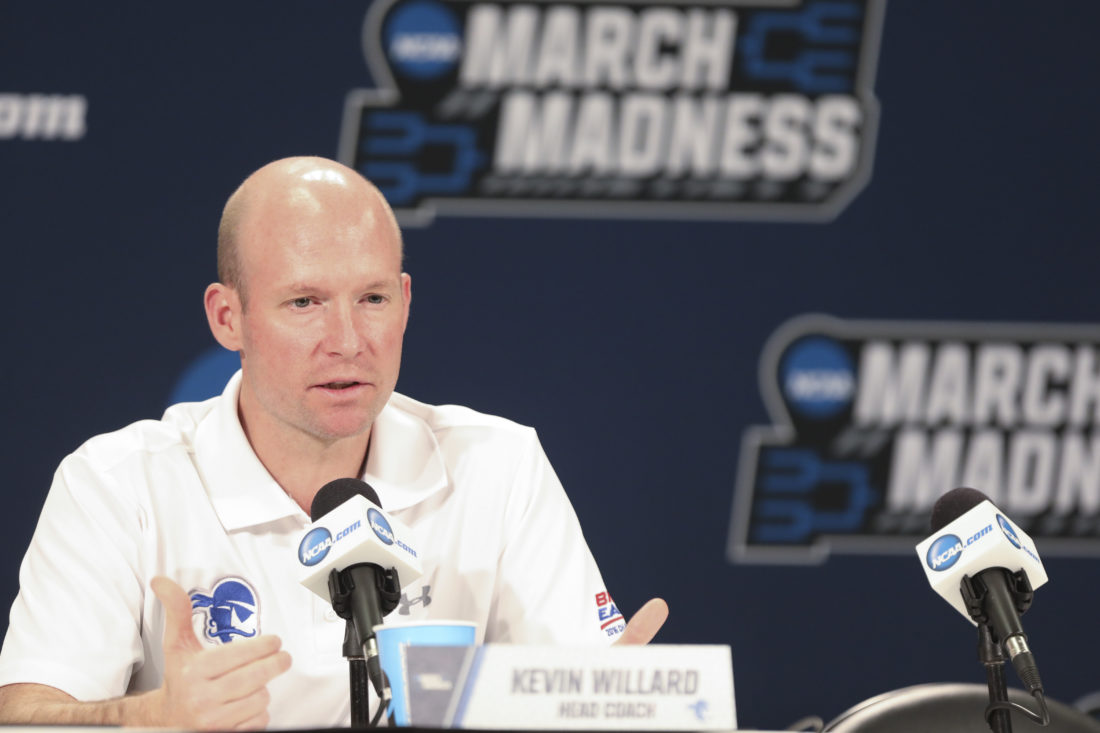 Kevin Willard is in his eighth season at Seton Hall, guiding the team to its third straight NCAA Tournament appearance. He’s led the Pirates to four 20-win seasons. Prior to his time at Seton Hall, he was the head coach for three seasons at Iona.

Described as a player’s coach, Willard spent time as an assistant at Louisville and with the Boston Celtics. Willard’s father, Ralph, was a former head coach at Holy Cross, Pittsburgh and Western Kentucky.

Kansas by 4. I don’t think it’s a particularly great defensive matchup for Kansas, especially if Udoka Azubuike is still limited from his knee injury. But the Pirates have struggled against high-scoring offenses this season and aren’t among the top teams in defending the 3-point line.