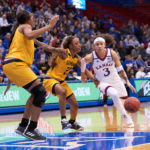 The once-promising, injury-riddled Kansas basketball career of Jessica Washington officially has come to a close.

Washington, a 5-foot-8 senior guard from Tulsa, Okla., who transferred to Kansas from North Carolina before the 2015-16 season, suffered an ankle injury during KU’s mid-January loss to Oklahoma State at Allen Fieldhouse and spent the next couple of weeks trying to get healthy enough for a return.

Washington did play again after her most recent ailment — the latest in a long line of injuries that both cut short her career, in terms of games played, and extended it, in terms of gaining a sixth season of eligibility — but was only able to log 11 minutes against West Virginia on Feb. 3 and 23 minutes against Oklahoma on Feb. 13.

That mid-February game, a 78-67 loss at OU, marked the final act of Washington’s career, and she has been absent from the court and the bench ever since.

“Jessica has decided to step away from the team to focus on her rehab and train for the next phase of her basketball career,” KU coach Brandon Schneider told the Journal-World this week via a statement through a KU spokesperson.

Washington, who earned Big 12 Newcomer of the Year honors after averaging 17 points and 4 rebounds per game during the 2016-17 season, finished her Kansas career averaging 15.9 points, 3.7 rebounds and 2.8 assists per game while hitting 36.4 percent from 3-point range.

Schneider’s Jayhawks (12-17 overall, 2-16 Big 12) capped a rough regular season with a loss at Iowa State on Monday night and are now preparing for Friday’s matchup in the opening round of the Big 12 tournament in Oklahoma City. 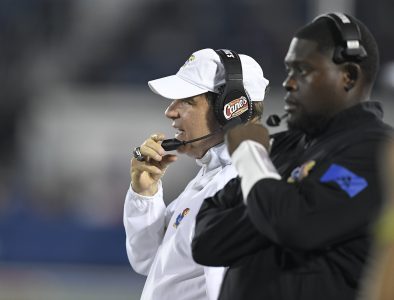