Los Angeles Lakers' LeBron James smiles from the bench during the first half of a preseason NBA basketball game against the Golden State Warriors Friday, Oct. 18, 2019, in San Francisco. (AP Photo/Ben Margot)

Although he has been a LeBron James fan for as long as he can remember, Free State senior Tate Fanshier never really envisioned the two being connected in any way.

However, at 7 p.m. Saturday, on every major network in America, that’s exactly what will happen.

In association with The LeBron James Family Foundation, XQ Institute and the Entertainment Industry Foundation, James is hosting an hourlong special called “Graduate Together: America Honors the High School Class of 2020.”

The show will air simultaneously on NBC, ABC, CBS and Fox and will pay tribute to high school students like Fanshier, who had their senior years cut short because of the COVID-19 pandemic.

“That’s always cool to hear, when somebody as big as him is doing something like that for others,” said Fanshier, who emerged as the local prep basketball scene’s biggest James fan after a quick check with several coaches. “I feel like he’s always understood that, yeah he’s a great basketball player, but he also has such a big impact on so many people in other areas of life and he tries to help people however he can.” 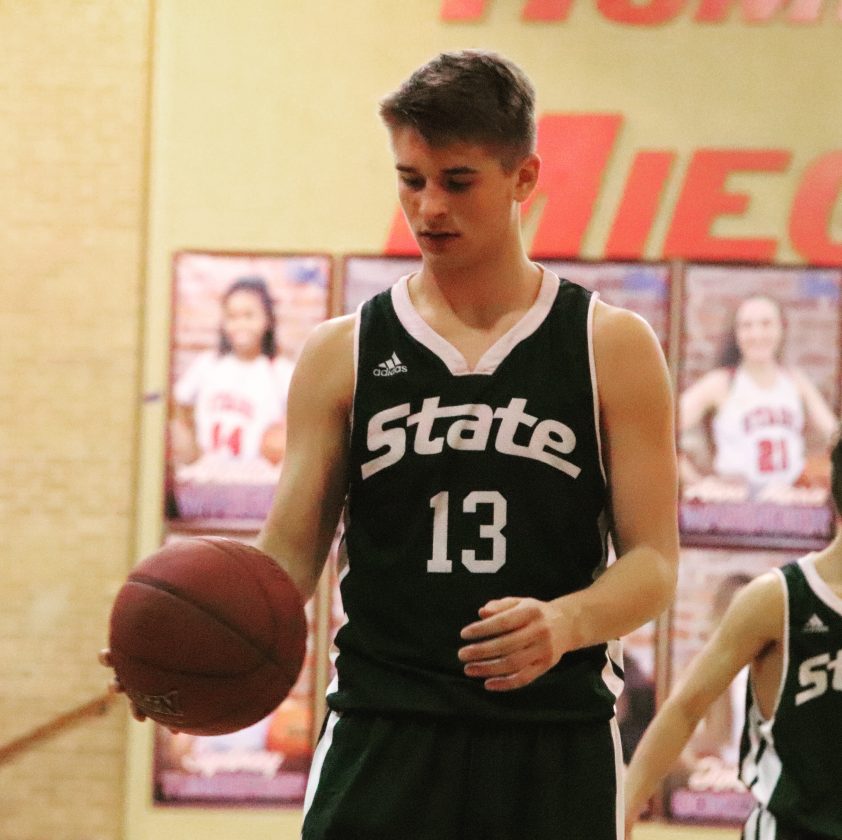 The special was planned out by high school students and educators and will feature commencement speeches, performances and more. It also will air on TikTok, Facebook, YouTube, Complex Networks, PeopleTV and other digital platforms.

“I wanted to help create a show that looked and felt very different from traditional specials. Something that spoke to kids in a different way,” James said in a statement to The Associated Press. “These kids worked so hard to graduate and what is happening to them is truly unfair. I hope we can give them and their families something cool that makes their accomplishment feel special.”

Fanshier became a fan of James during the NBA All-Star’s first stint in Cleveland. But his admiration for all things LeBron really took off when he went to Miami, where he teamed with Dwyane Wade, Chris Bosh and former Kansas star Mario Chalmers to win two NBA titles in four trips to the Finals over a four-year stretch.

“Watching everything that team did and how they dominated everybody was a blast,” Fanshier recalled.

With James now in his second season with the Los Angeles Lakers, after returning to Cleveland to win a title in 2016, Fanshier has watched more Laker games than ever and continues to marvel at the way James makes the game look so easy.

“You can tell when you watch him that he knows every position and knows where everybody’s supposed to be,” said Fanshier, a reserve forward on this season’s Free State basketball team. He also played wide receiver for the Firebirds football team.

Headed to the University of Florida on a full academic scholarship in the fall, Fanshier, a National Merit Finalist, has always been willing to debate anyone about James’ greatness. That includes Free State basketball coach Sam Stroh.

“Oh my gosh, we went at it pretty much every day,” Fanshier said with a laugh.

Like Fanshier with James, Stroh is a staunch supporter of Michael Jordan as the greatest player of all time.

“My favorite part in practice was at the end when he would gather us up and ask us something about hard work or tell us some kind of story,” Fanshier said Stroh. “And before he would even get the question out, we’d all shout out ‘Michael Jordan’ as the answer because that was his guy.

“I’ve got nothing against Jordan. He was a crazy good basketball player, but, to me, LeBron’s more versatile, and I really think the league today is bigger, stronger, faster and more athletic than it was back then.”

Scheduled to be a valedictorian at 2020 graduation, Fanshier, in the spirit of James’ special, shared a part of his message to his classmates and the entire 2020 senior class throughout the country.

“You can learn a lot in high school and I definitely did,” he began. “But, at the same time, the connections I made with my peers, friends, teammates, coaches and teachers, those are lasting things that I’m never going to forget. I really loved high school, and I was really glad I got to be a part of Free State. I’ve been there for four years and it would’ve been really nice to get back in there one more time to say goodbye.”