Armed with a tremendous amount of talent and experience, Bill Finucane pushed all the right buttons throughout the 2022 season to lead the Cardinals to the Class 4A state title. True to his character, the veteran EHS coach credited his players for the magical run. But the players would tell you that their coach played a role in the run that was equally as important.

The Eudora ace was truly dominant during her team’s run to the Class 4A state title. Kira Baker finished with a record of 19-0 and gave up just nine runs all season, four of which were unearned. That gave the EHS senior an earned-run average of 0.31. She also delivered at the plate, hitting .388 for the season with 31 hits and 19 RBIs.

The senior shortstop who returned from an ACL injury one year earlier had a spectacular final season with the Cardinals. At the plate, Emma Durr hit .420, with nine doubles, five triples and six home runs. The final home run of her season was the game-winner in the Class 4A state title game. She also scored 28 runs and drove in 35 more while recording a slugging percentage of .957 and a .527 on-base percentage.

Already known for her stellar play during the volleyball and basketball seasons, Harper Schreiner played a huge role in the Cardinals winning a state title on her way out the door. The senior outfielder hit .463 for the season, with 38 hits and two home runs, and finished with a slugging percentage of .598. She also stole 45 bases during her team’s run to the title in 2022.

A first-team all-state selection at catcher as a freshman, Reese Pattison hit .568 for the season with a team-best 42 hits. She also added 26 RBIs and was a force behind the plate all season. Never was that more evident than when she threw out two base runners trying to steal in the state title game.

Lawrence High junior Emmersyn Dye throws the ball to first base during a softball game against Free State on Tuesday, May 3, 2022.

Operating all season as one of the Lions’ top leaders, the junior shortstop played in all 21 games and led the team in hits (25), doubles (8) and batting average (.442). Emme Dye also had a .992 field percentage at short despite that not being her natural position. Dye earned honorable mention all-Sunflower League honors.

Hailey Ramirez, the Lions’ junior centerfielder, was a bona fide weapon with her speed throughout the 2022 season. She finished tied for first in the Sunflower League with 22 steals and was not caught stealing in 21 games. She led the team in runs scored (18) and triples (8) and was an honorable mention all-Sunflower League selection.

A first-team all-Sunflower League selection, Leah Mueller was a monster all season for the Firebirds. She hit .478 and slugged 1.022 at the plate and added seven doubles, three triples, four home runs and 15 RBIs to lead the FSHS offense. Her speed was a true weapon both on defense and the base paths.

With her quickness and strong arm, Gracie Gonzales took command on the left side of the infield for the Kaws. She also hit in the leadoff spot in the PLHS batting order and often got on base with a bunt or a hit. According to her coach, her speed and high IQ aided her on the bases in steal attempts and while taking extra bases during play. Gonzales earned a first-team nod on the Big 7 all-league team.

While also starring in track during the spring, Taylor Damme brought her speed over to the diamond, where she covered a ton of ground in the outfield and made several plays that her coach said many other players simply could not have made. Damme was a first-team all-Big 7 League honoree.

Zoey LaTessa, a senior four-year starter, led the Bulldogs in almost every offensive category during the 2022 season. She played centerfield in 2022 and was respected by her peers and coaches as a team leader who loves to play the game. LaTessa is headed to Friends University next year to continue her softball career. She earned a first-team all-Frontier League nod this postseason and also was her team’s MVP after hitting .477 with seven doubles, two triples, one home run and 26 runs scored. 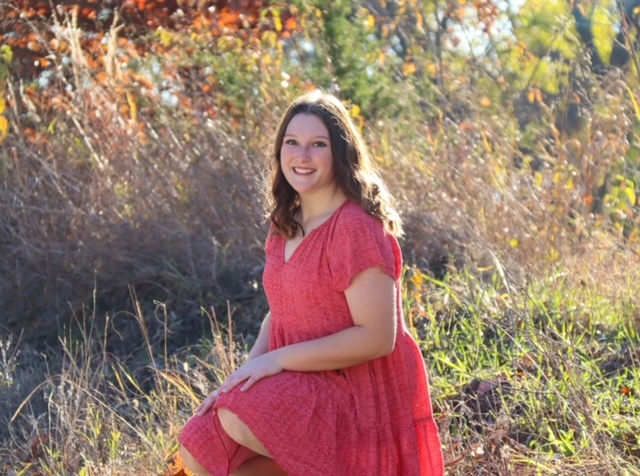 Ella Scoby led the Bulldogs in innings pitched, complete games and strikeouts this season and she also led the team with a .973 fielding percentage. On offense, she hit in the No. 3 or No. 4 spot throughout the season and finished with a .353 average to go along with 11 RBIs and 15 walks. After the season, she earned second-team all-Frontier League honors.

Described by her head coach as “a coach’s dream,” Santi Garcia played catcher, second base and in the outfield for the Chieftains this season. Out of the No. 2 spot in the lineup, she led the team in hits (32), singles (25) and batting average (.478) and was second on the team with a .507 on-base percentage.

Coach of the Year: Drew Ising, Baldwin High After leading the Bulldogs to a 8-5-2 record in the regular ...

Coach of the Year: Bill Finucane, Eudora High Armed with a tremendous amount of talent and experience, Bill ...