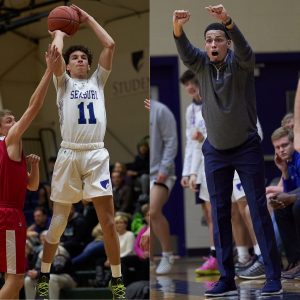 Bishop Seabury’s top-ranked boys basketball program may not have had the chance to make a postseason run, but its coach and one of its players earned the top honors in the state on Monday.

Junior guard Zach Bloch was named Player of the Year in Class 2A by Sports in Kansas, and Jonathan Raney was named Coach of the Year. The Seahawks were the No. 1 team in Class 2A all year and made it to the state semifinals before the tournament was canceled because of the pandemic.

But if it were up to him, Bloch said, the entire boys basketball team would have been honored.

“None of this would have been possible without my team,” Bloch said. “I think the whole team should be players of the year, in my opinion. Any one of us could have got that award.”

That unselfish attitude is no surprise to Raney.

“I know he will give a lot of credit to his teammates, and deservedly so, but he earned every bit of this award,” Raney said. “All the intangibles he brings that rub off on his teammates sets him apart and made us the team we were this season.”

Raney, of course, also played a big part in Bishop Seabury’s successful season. Under his leadership, the Seahawks went out on a school-record 15-game win streak, capped by a 72-45 victory over Valley Heights in the opening round of the Class 2A state tournament.

BSA also set team records in average points per game (71.2) and total points scored in a season (1,171) during a 22-2 campaign. The Seahawks had an average margin of victory of 32 points, which was also a program record.

“To Seabury, it means a lot (to come away with both awards),” Bloch said. “No one else out here deserved it more than Raney. He put in more hours than any other coach out here.”

The Player of the Year honors were determined by a statewide vote of radio, newspaper and television sports journalists. Ten other players were finalists for 2A Player of the Year, including one other Seabury player: junior Stavian Jones.

For Bloch, in particular, the Player of the Year award is a testament to his determination.

Bloch was the only sophomore to be named to the first team in Class 2A last year by the Kansas Basketball Coaches Association, and expectations were high for him going into the 2019-20 season. But he fractured his knee before the season began, and he was only able to play in one game in the first month. Bloch then sprained his ankle in practice in January, an injury that hobbled him until the final month of the season.

“I think it had a lot of effect over the first 10-12 games,” Bloch said. “After it started to feel better, my 3-point percentage started to go up over the last 12 games. I think being healthy helped a lot.”

By the end of the season, Bloch had overcome the injuries completely, and he was playing the best basketball of his career. He scored 23 points in the sub-state semifinal against Mission Valley, allowing him to surpass 1,000 career points.

Bloch then poured in 27 points against Valley Heights in Bramlage Coliseum during the 2A quarterfinals. He also added seven assists and five steals in what would end up being Bishop Seabury’s final game of the season.

“It still hurts,” Bloch said of the season’s abrupt end. “I still think about it every day. We should have rings on our fingers, but we are even hungrier to come back better next year.”

After the season was cut short, Bloch took only one day off before getting back to work. He’s not able to be in a gym because of the pandemic, so he spends his time shooting at the park and dribbling and lifting weights at home. He hopes to improve his 3-point numbers during his final season with the Seahawks.

Bloch said he’s already caught the attention of a few college programs, including Utah State and the University of Illinois-Chicago. For now, though, he’s focused on improving as a player to go out the right way in his final high school basketball season.

Coaches of the Year

Players of the Year 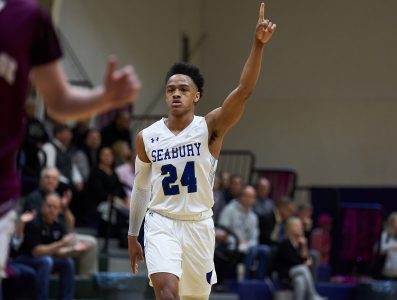