The Kansas women’s basketball team ended the regular season by falling to its in-state rival. The Jayhawks suffered an 83-63 loss to Kansas State on Sunday afternoon in the Sunflower Showdown at Bramlage Coliseum.

Kansas State came out firing in the first quarter and took a 9-0 lead with 6:39 remaining, which forced Kansas to call an early timeout. The Jayhawks played from behind the rest of the game, as the Wildcats had a lead for 36-plus minutes.

Freshman Holly Kersgieter, who came off the bench, paced KU with 21 points. She shot 7 of 9 from the floor, going 4-for-5 from long range. It was the third time that Kersgieter has scored 20 or more points in a game this year.

Freshman Zakiyah Franklin finished with 13 points on 6 of 12 shooting along with four rebounds and four assists. Junior Tina Stephens had 6 points and a season-high four assists to lead the team. Stephens also led the team in steals with three.

Kansas will be the 10th seed in the Big 12 Tournament this week, which is slated to take place at Municipal Auditorium in Kansas City, Mo. KU will face No. 7 Texas Tech at 8:30 p.m. Thursday. 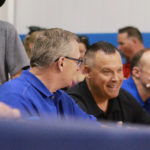 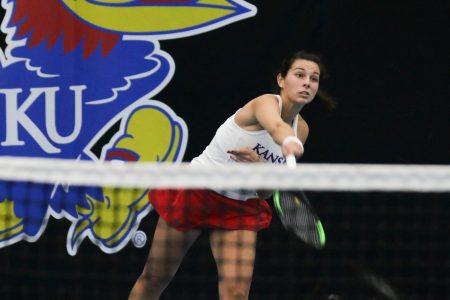