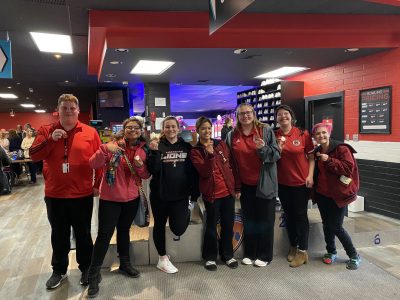 The Lawrence High girls bowling team poses with their respective medals after notching third at the Sunflower League meet on Tuesday at College Lanes on Feb. 11, 2020.

Moments after stepping away from the podium, Lawrence High senior Emilie Rodman insisted that the rest of the varsity girls bowling team take another photo together.

Rodman set her phone on the counter at College Lanes on Tuesday and took a group photo of the six-player squad. All the bowlers held up a medal, while Rodman revealed two to the camera.

Behind a runner-up finish by Rodman as an individual, Lawrence High secured third as a team in the 2020 Sunflower League meet. LHS girls placed sixth as a squad in last year’s league meet.

“It was cool, we definitely tried really hard,” Rodman said. “Baker was a struggle in some spots, but we figured it out. I had full courage in our girls. We did good, we worked together and the energy was good the whole time.”

But not long before the Lions’ celebratory photo, Rodman was on the verge of tears. After not posting her best series score, Rodman nervously waited for her name to be called when they revealed the top-10 individuals in descending order.

Rodman eventually had her name announced and she climbed to podium as the lone city bowler to earn a top-10 finish in both the girls and boys division on the day. Rodman, who placed fifth as an individual at last year’s league meet, rolled a series score of 564 en route to a runner-up finish.

“Usually, I can scale scores because there are only six lanes for varsity girls,” Rodman said. “Now, it was a whole alley and I didn’t know any of the other scores before they announced them. I thought I bowled really bad, and I didn’t place. But I did good, I’m proud of myself.”

Such is life for Rodman in what has been a sensational senior campaign. Even when she’s not at her best, Rodman has been near the top of the leaderboard all year.

The Sunflower League meet marked Rodman’s second runner-up finish in her eight varsity meets this season. Rodman has placed first as an individual six times, including the season opener when she bested 113 other bowlers with a season-high series score of 626.

For comparison, Rodman finished first as an individual in a total of four meets last year. At one point, Rodman won three competitions in a row between Jan. 28 through Feb. 5 of 2018.

“I’ve learned to be patient and learned to be humble,” Rodman said. “One of the things I’ve improved on the most is being positive throughout the whole tournament.”

Free State, meanwhile, placed ninth with a team score of 2,456. Junior Rena Stoupakis posted the highest series score, rolling a 488 for the day. Ashley Edwinson posted a 477, while Khloe Polian finished with a 448. 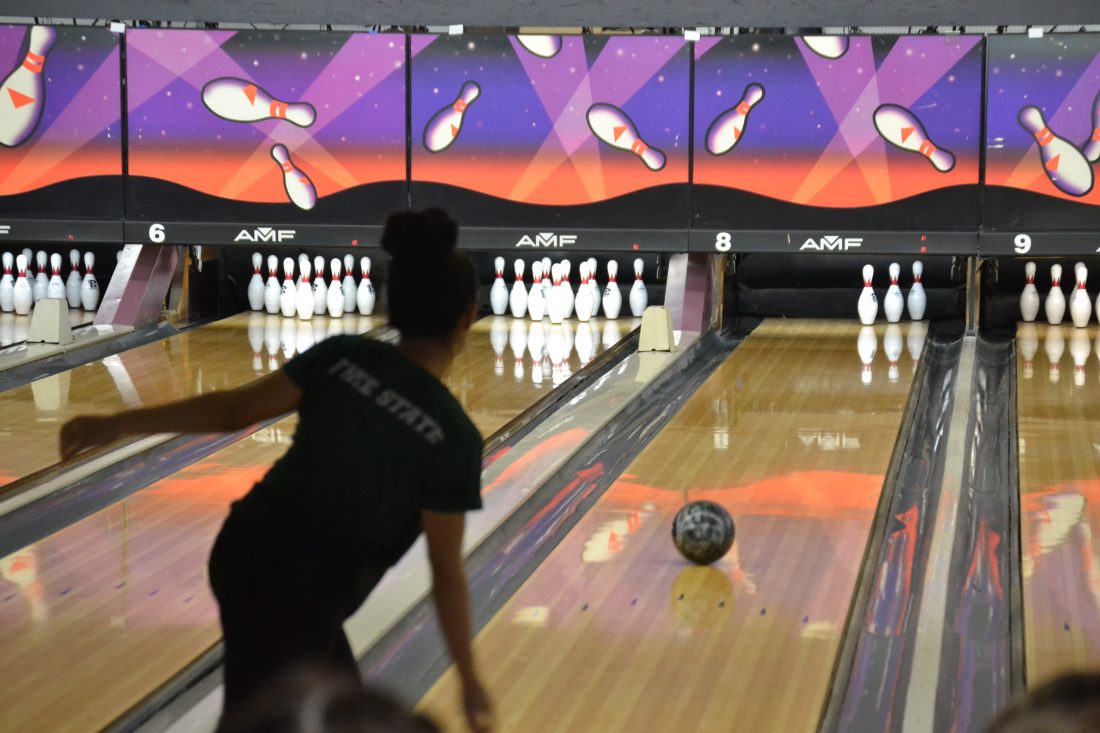 There was no city individual that found the podium on the boys side, and Lawrence High sophomore Sebastian Daniel won’t soon forget that.

Daniel posted his best career series score of 612, which included a 212 in the first game. It was good enough for him to place 11th, though Daniel was fully aware of how close he was to ending up with a medal. Spencer Giffin of Olathe Northwest took 10th with a series score of 632.

“I just wish I did better,” Daniel said. “I could have got one spare that I missed, and I probably would have got 10th.”

But Daniel was one of the many LHS bowlers who rose to the occasion without one of the team’s best bowlers. Junior Wheeler Battaglia-Davis, who has the highest average on the team, was sick and ended up missing the Sunflower League meet.

“I think we did a lot better than usual,” Daniel said. “I thought since we didn’t have (Battaglia-Davis), my hopes were down. We all did really well, and tomorrow we have another tournament. He might be there and he might not, and I think we will be fine.” 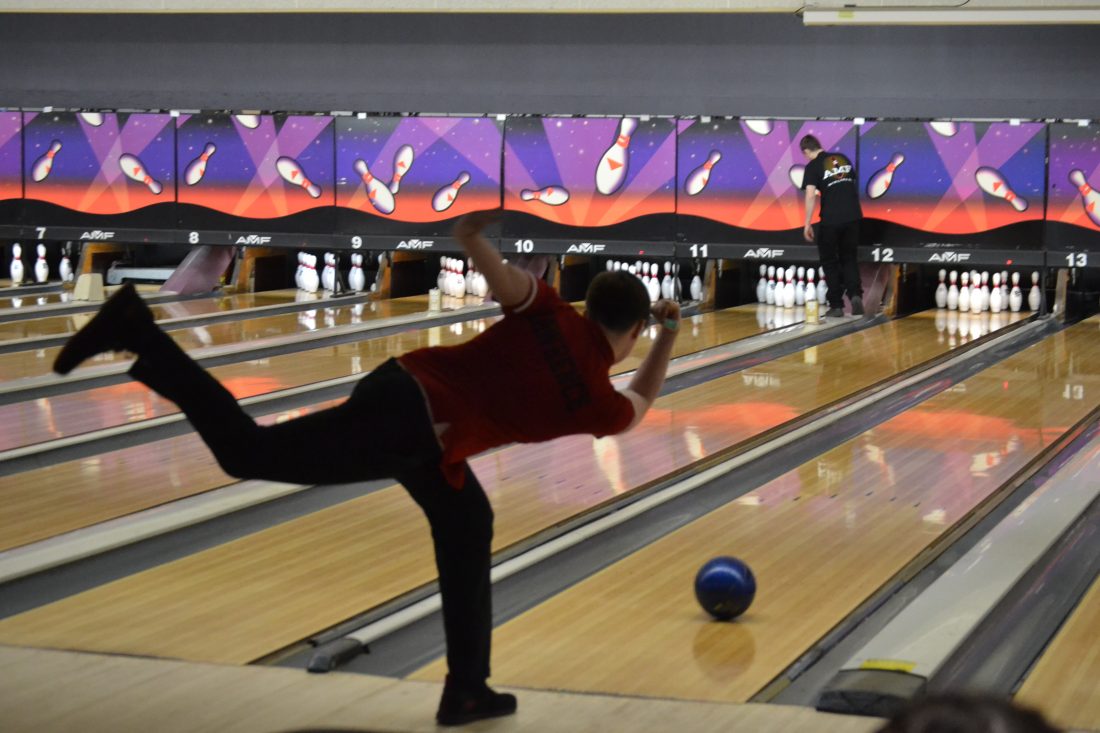 It certainly benefited LHS for having competed in that venue on Jan. 21, something that wasn’t the case for Free State.

The Firebirds hadn’t played at College Lanes in two years, and that was evident early on. Free State, which has one team victory this season, eventually found its rhythm in the baker games before placing sixth with a team score of 3,100.

“We all could have bowled better individually,” FSHS senior Joey Taylor said. “The lanes just played a little differently than we were used to, it played a bit left. You have to learn to adapt.”

Sophomore Warren Williams was the only Firebird to finish in the top 20, taking 18th with a series score of 595. Sophomores Mike Tennyson and AJ Baker placed 30th and 34th, respectively.

Still, the Firebirds know they are capable of performing better than they did and they did as such during the baker format. With the season coming to a close, the performance on Tuesday could serve as an important lesson for Free State.

“We bowled great in the baker format, that’s probably the best we have bowled as a team in baker this whole year,” Taylor said. “If we bowl like we did at baker at those tournaments, then we are going to make some noise.”

Both Lawrence High and Free State will square off at Royal Crest Lanes on Tuesday, Feb. 18. 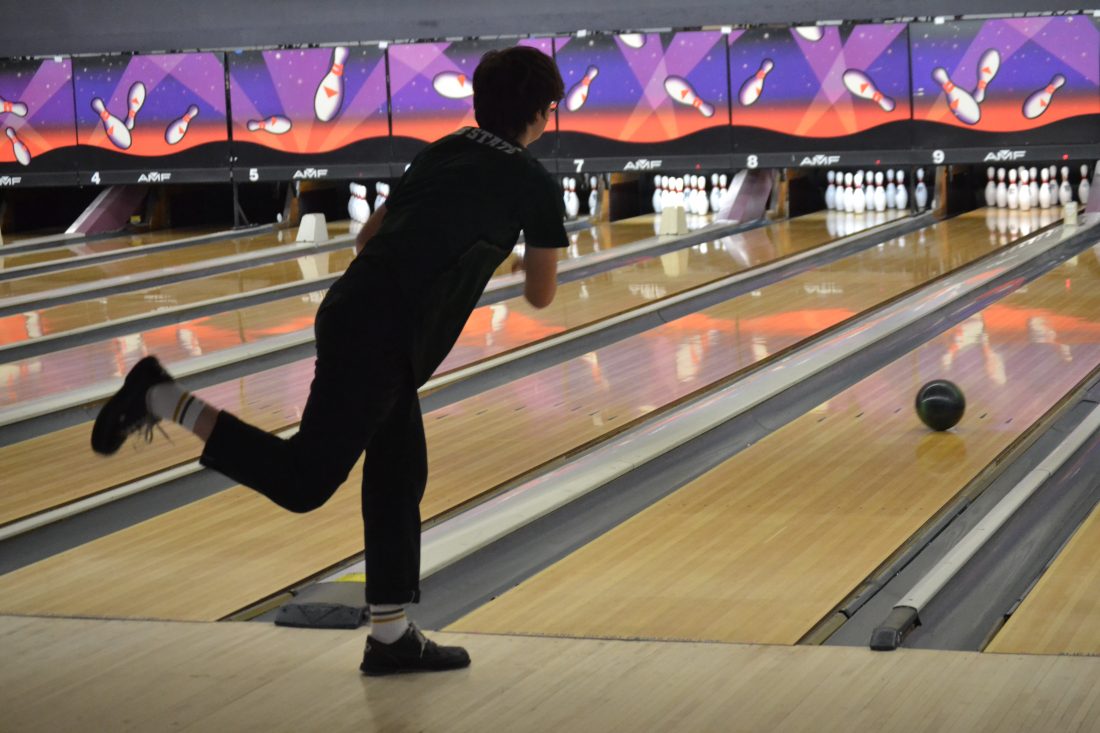