City gymnastics teams pushing through injuries ahead of state meet 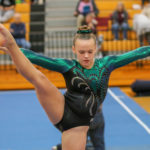 Free State's Chaney Finkeldei does her routine in the beam at the league meet Saturday, Oct. 6.

Regardless of what happens this weekend, head coach Katrina Farrow wants both her teams to be proud of what they accomplished in 2019.

Entering the state gymnastics meet, which will be held at Olathe South on Saturday, Free State is ranked second in the team standings. Lawrence High, meanwhile, is listed eighth out of as many teams. The meet also features the top-five individuals of each event who did not qualify as a team.

Both programs have a certain goal this weekend to end up where they want to be, though the fact that both squads are even competing in the final meet at all shouldn’t be overlooked.

“It was a refreshing reminder that not everybody gets to go to state, and it has helped light extra fire under everybody,” Farrow said. “We are so excited for state because it is always unknown. It doesn’t matter what place you come in at, anything can happen at state. It is a really exciting meet.”

But that’s especially true this year, as both the Firebirds and Lions have had to overcome injuries to get to this point. 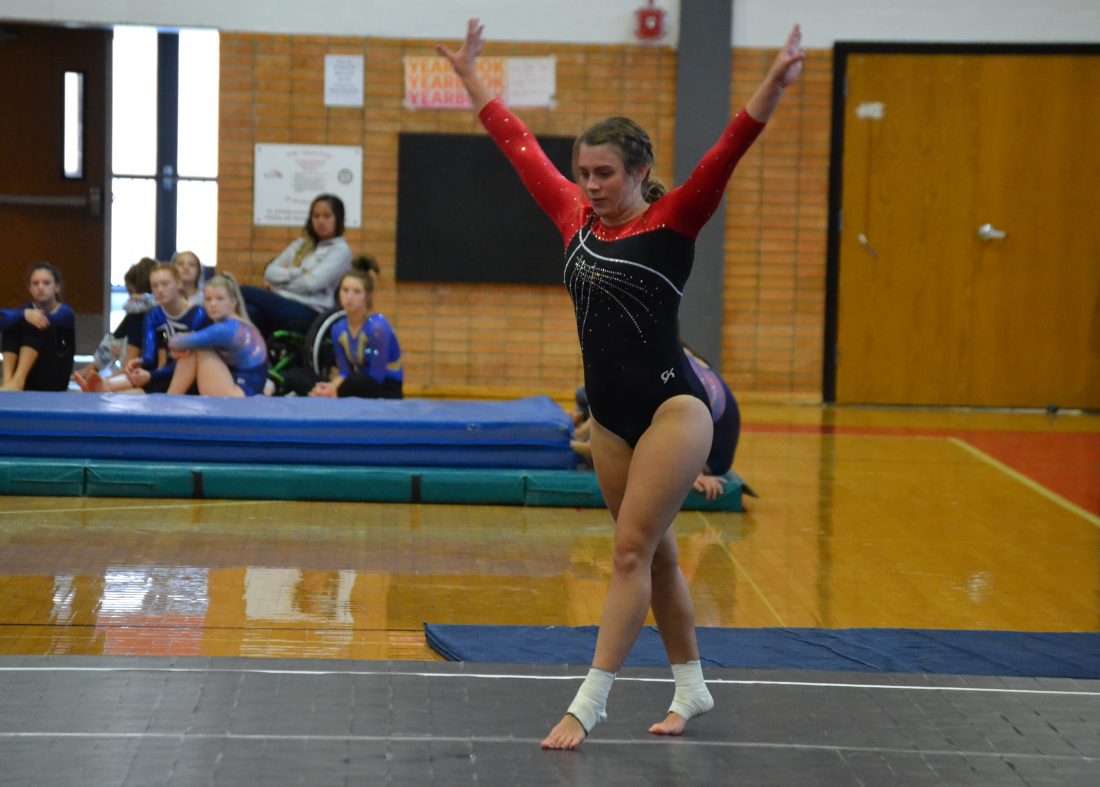 FSHS has had to compete in multiple meets without its top-two gymnasts, including junior Talia Gay. Even when Gay has competed, which she did at the Sunflower League meet, it has been in a limited capacity.

Gay, who won the all-around state title last fall, will likely compete in just bars and vault this weekend. Gay competed in only beam during Sunflower League after injuring her back in the All-Around Invitational, which she ended up claiming a runner-up finish. Prior to that, Gay was sidelined two weeks with a foot injury that she suffered at a home meet.

“I’m just glad that it is not my senior year,” Gay said. “I’m just hoping to stay on the bar and my routines as good as I can since I’m limited in what I can do.”

Despite all that, though, Free State has still managed to place in the top three in all but one meet this season. Last week’s fifth-place finish in Sunflower League was the first time the Firebirds finished below the top-three spots in the team standings.

Still, that level of success is a credit to a number of individuals rising to the occasion. At the Sunflower League meet, for example, both Tori Crockett and Chaney Finkeldei had strong showings. Crockett posted the highest score on vault and bars, while Finkeldei led the way on floor and had the second-best score on beam.

Avery Qualseth has also been posting nice scores across the board this season for the Firebirds.

“We have been doing very well,” Finkeldei said. “I feel like we are more consistent and (we) know how high school gymnastics works. We are using the point values to our advantage. Every meet, we have had one person do really well and pull through. So that has helped a lot.”

Lawrence has also had to overcome injuries on top of replacing key producers from last year’s team that finished as a runner-up at the state gymnastics meet. Yet the Lions are trending in the right direction entering the final meet of the season.

“I think LHS has improved so much this season and just pushed through everything,” Beth Brandt said. “All of our routines have improved. I can tell that new skills have been added and scores have improved.”

That improvement was evident during the league meet, in which LHS came home with a seventh-place finish. Lawrence had five players end up in the top 35 of the all-around rankings, including a fourth-place finish by Paris Spotted Tail.

Brandt, Reece Wohlford, Caroline Dunlap and Sophia Zogry all posted strong performance in multiple events as well. It proved that the Lions are capable of ending their season on a high note, even though this might be their toughest test yet.

“We just want to give it our all,” Wohlford said. “I know that at our peak performance, we will able to do really well. We have some issues with getting in our own heads, but I think we are capable of doing well.”

The meet is slated to begin at 11 a.m. Saturday at Olathe South.