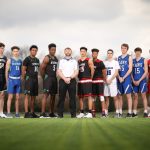 Co-Players of the Year: Noah Butler, of Free State and Clarence King, of Lawrence

A pair of city seniors were on a different level for much of the 2018-19 season. Butler was the go-to option for the Firebirds, averaging 19.0 points and 3.0 rebounds per contest in his senior season. Free State returned to the 6A state tournament, despite losing nine seniors from last year’s team. King, a senior guard, averaged 17.4 points and 4.5 rebounds per game. He helped the Lions capture a Sunflower League title and a fifth consecutive trip to the state tourney.

Not a lot of people were picking Perry-Lecompton to return to the big dance after netting their first state berth in 35 years just last season. The Kaws eventually won 19 games in a row before falling in the semifinals of the Class 3A state tournament. PLHS (22-3) ended up claiming third place at state.

Jordan Barth, Baldwin — In his first year in the starting lineup, Barth started every single game for the Bulldogs. The junior guard averaged 9.0 points per game, while recording 2.7 rebounds per contest. Barth was also logging 1.0 assists and 1.0 steals per contest, showing his ability to make an impact in multiple facets of the game.

Zach Bloch, Bishop Seabury — Despite being just a sophomore, Bloch shouldered a huge load of the Bishop Seabury offense to help his team get back to the 2A state tournament. Bloch, who hit two different buzzer-beater tiples this season, averaged 19.1 points and 4.2 assists per game. The sophomore helped the Seahawks win nine of their last 11 games to finish with a 16-5 record.

Dallas Bond, Tonganoxie — The Chieftains went 10-12 this season, which was their most victories in a year since the 2011-12 season. Bond, a sophomore, was instrumental to Tonganoxie’s success with an average of 13.1 points per game on 52 percent shooting. He scored 30 points and grabbed 11 rebounds against Atchison.

Blake Farmer, Perry-Lecompton — PLHS punched its ticket to the Class 3A state tournament behind a late basket from Farmer in the sub-state championship. Farmer, a junior forward, finished the season by averaging 12.1 points and 5.0 rebounds per outing. As a result, Farmer was named to the All-Big 7 first team.

Tucker Flory, Veritas — The 6-foot-4 senior forward constantly got his numbers for the Eagles this year. Flory posted an average of 21.0 points and 8.0 rebounds per outing. Flory was also named to the all-tournament team at the KCAA State Championship after helping VHS finish in the top-two for the fourth consecutive season.

Trey Huslig, Veritas — It has been a historic run for the Eagles, who have made it to the state championship game four years in a row. Huslig helped Veritas claim a runner-up finish, averaging 17.0 points and 3.0 assists per game in his senior season. Huslig was also named to the all-tournament team at the Shawnee Mission East Invitational.

Rock Jerome, Eudora — Even though Jerome played just 11 games, his play on the court did not go unnoticed. The senior was still named to the All-Frontier League second team, averaging 15.0 points and 5.0 rebounds per game. Jerome was limited to just 11 games due to an ACL injury, which kept the Cardinals from hitting their full potential this season.

Colton Mallonee, Perry-Lecompton — A big reason why the Kaws returned to the state tourney was due to the play of Mallonee. The senior guard averaged 13.7 and 7.5 rebounds per outing this season. Mallonee was named the midseason all-tournament team as well, while also earning a first-team selection in the Big 7 Conference.

DK Middleton, Free State — In his first season at the varsity level, Middleton made himself known in the Sunflower League. Middleton averaged 14.0 points and 4.0 rebounds per outing for the Firebirds. The junior guard consistently showed the ability to get to the rim and finish through contact.

Trey Quartlebaum, Lawrence — During his final season at LHS, Quartlebaum was electric with his ability to get hot from long range. Quartlebaum averaged 16.8 points per outing, shooting 42.9 percent from deep. Quartlebaum plans to play basketball at St. Francis Brooklyn College next year. 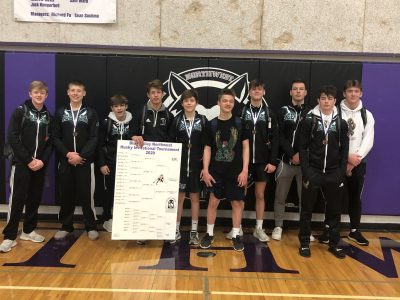