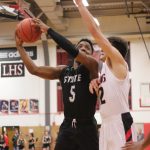 In a way, Veritas boys basketball coach Carl Huslig always knew the 2018-19 season could be a special one for the city of Lawrence.

Sure, he felt it would be for his program behind a talented senior class that had been playing together for several years. But Huslig was also familiar with players on the other city teams, as he served as a coach for a competitive basketball team called the “Lawrence Dynasty” when many of these seniors were in fifth grade.

A total of 21 kids competed in tournaments back then. Veritas seniors Trey Huslig and Jackson Rau were on that team, as were Free State seniors Noah Butler and Ryan Stacey. Lawrence High senior Brett Chapple also competed with them eight years ago.

“We knew when they were seniors that Lawrence was going to be well-represented with pretty good basketball teams,” Huslig said. “That senior class throughout Lawrence has a lot of talent.”

While Huslig doesn’t believe he deserves all the credit, his prophecy proved to be true. All four city boys basketball teams competed in their respective state tournament this past season.

Huslig, at the very least, gets credit for what his squad accomplished this season. The Eagles, who finished the season with a 21-11 record, fell in the state championship game in heartbreaking fashion after giving up a pair of free throws with 1.4 seconds remaining. 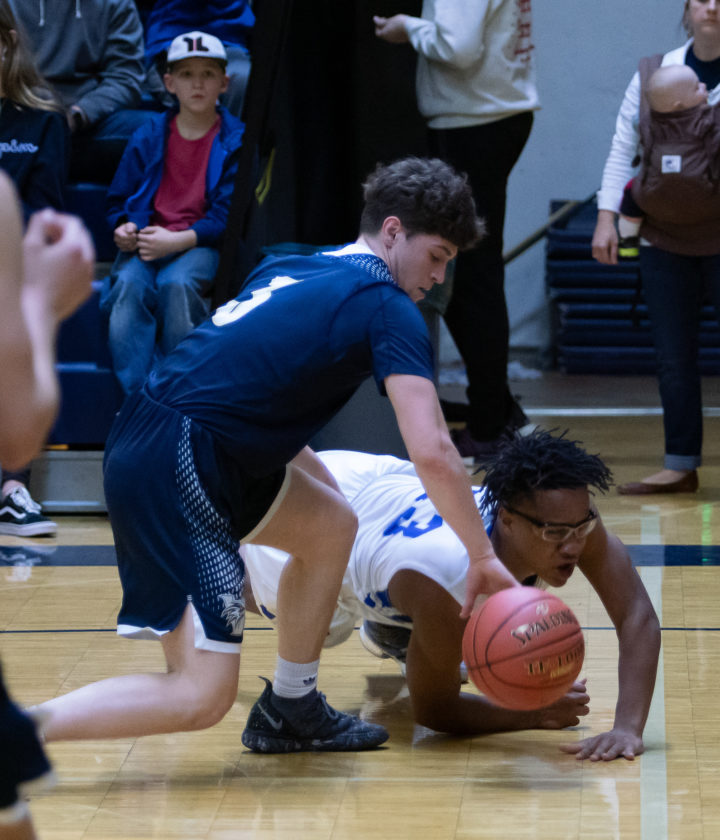 It marked the fourth consecutive season that Veritas finished in the top-two of the KCAA state tournament, including state titles in 2017 and 2018. Seniors Trey Huslig and Tucker Flory paved the way for a historic run by the Veritas program, which didn’t appear in the state title game before 2016.

Lawrence High, meanwhile, had a dominating campaign this past winter. The Lions (19-4) secured titles at both the Blue Valley Shootout and Topeka High Invitational, while also winning an outright Sunflower League title. LHS eventually fell in the first round of the state tournament, which marked its fifth straight trip to the 6A state tourney.

The Lions were led by a stellar senior class, with both Trey Quartlebaum and Clarence King being named to the All-Sunflower League first team. Chapple was also a valuable glue guy throughout the year — a role he embraced back when he first started playing competitive basketball.

Free State found a way to return to the state tournament for the third year in a row, despite losing nine seniors from last year’s team that finished as a runner-up in Class 6A.

Butler was a big reason why, averaging 19.0 points per game for the Firebirds. Stacey also provided valuable minutes this past season. FSHS (15-7) wound up falling to Washburn Rural in the opening round of the state tournament.

Bishop Seabury (16-5) also made it to the big dance, suffering an overtime defeat in the opening round of the Class 2A state tournament. Chris Green, the lone senior for the Seahawks, was a tremendous leader for a talented young team.

“Having grown up in Lawrence, back when there was basically one high school, to see now Lawrence thriving on the basketball court is really fun,” Bishop Seabury coach Jonathan Raney said. “Basketball has been big in Lawrence from the beginning, and I think you are seeing rewards of that in high school basketball.”

But the high school basketball scene in Lawrence likely won’t be going away anytime soon, at least not under the direction of the current coaching staffs.

Given their recent success, it is safe to say the local basketball teams are in good hands with Raney, Huslig, Mike Lewis (Lawrence) and Sam Stroh (Free State) at the helm of their respective programs.

“I’m a basketball fan, so I really enjoy following the other schools,” Raney said. “It is a fun time to be a coach in Lawrence, that’s for sure.”