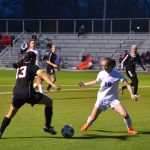 Lawrence High senior Anna Chieu makes a move past a Gardner-Edgerton defender during the second half of a match Thursday night at LHS on April 4, 2019. Chieu scored five goals and recorded one assists in the 6-3 win.

This past week featured a number of stellar performances by local athletes at the high school level.

But that’s just a taste of an incredible week in local sports, which also saw a school record being set and a freshman golfer winning a meet in his high school debut. As a result, it was tough to narrow this list down to just 10 standouts.

Anna Burnett, Baldwin soccer — The Bulldogs have allowed just one goal during their 5-0 start to the year. Burnett, a junior forward, delivered three scores in a pair of wins for BHS this week, including the game winner against Spring Hill. Burnett, who notched 21 scores last season, now has 11 goals in her first five matches. Baldwin plays Bishop Seabury in Lawrence on Monday.

Anna Chieu, Lawrence soccer — If it weren’t for a few incredible saves by the Gardner-Edgerton goalkeeper in the final 10 minutes, Chieu might have actually finished with eight scores. Chieu settled for five goals, which marked the most by an LHS player in a game in the last four years. The LHS senior hadn’t scored a goal this year entering her career night.

Cali Coleman, Perry-Lecompton track — The Perry-Lecompton girls track team scored just 1.5 points more than Sabetha to earn a win in its home meet. Cali Coleman was the lone Kaw to win multiple events. Coleman placed first in the 100-meter dash with a time of 13.06. It is the same event that she notched third place in at the league meet last year. Coleman also won the triple jump competition with a leap of 34 feet, 5 inches.

Cole Sample, Tonganoxie track — To start his junior campaign, Sample set a school record in his top event. Sample launched a winning-throw of 57 feet, 9 inches to set a school record in shot put, the very event he placed second in at the Class 4A state meet last year. In the 2019 opener, Sample also won the discus competition with a throw of 156 feet, 10 inches. 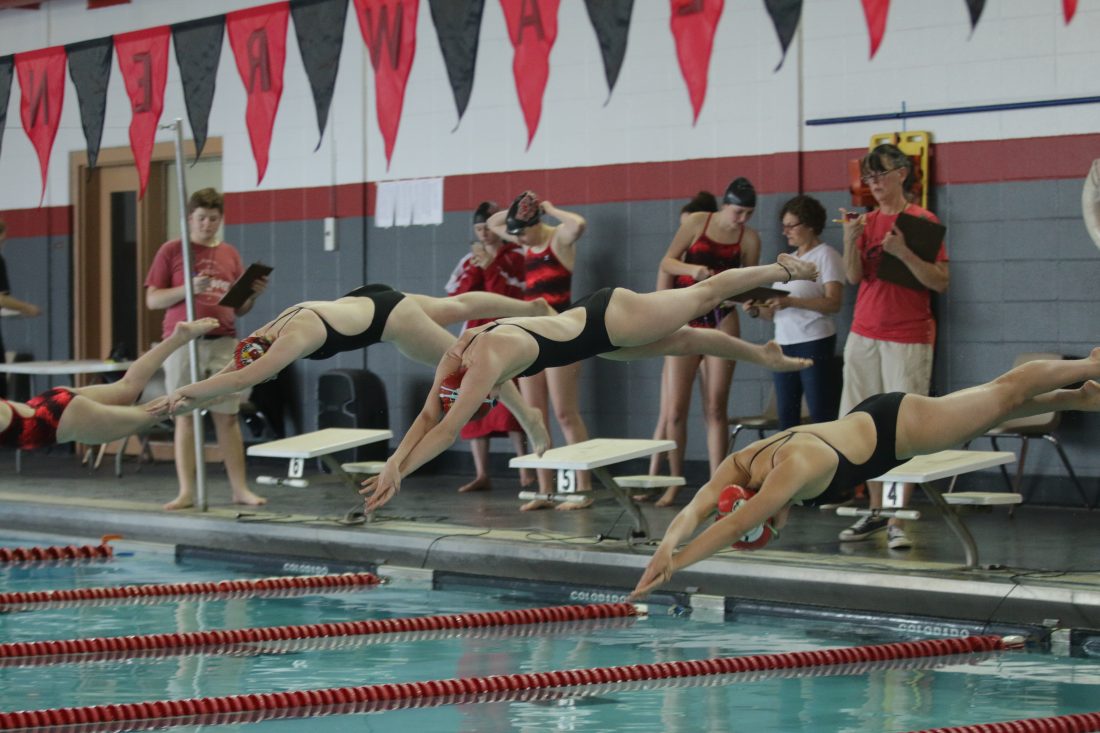 Lawrence swimmers (left to right) Megan Drumm, Maddie Dean and Emily Guo take off in the 100 butterfly on Tuesday, March 26, 2019 at LHS.

Emily Guo, Lawrence swim — For the fourth time in as many meets, the LHS girls swim team finished at the top of the team standings. LHS won three events in the 20-team meet at the Olathe Invite, including one individual race. Guo finished first in the 100 butterfly with a time of 59.95 for the Lions. She was also the anchor on the winning 400-yard freestyle relay team, which included Morgan Jones, Aubrey Fischer and Madi Heckman. 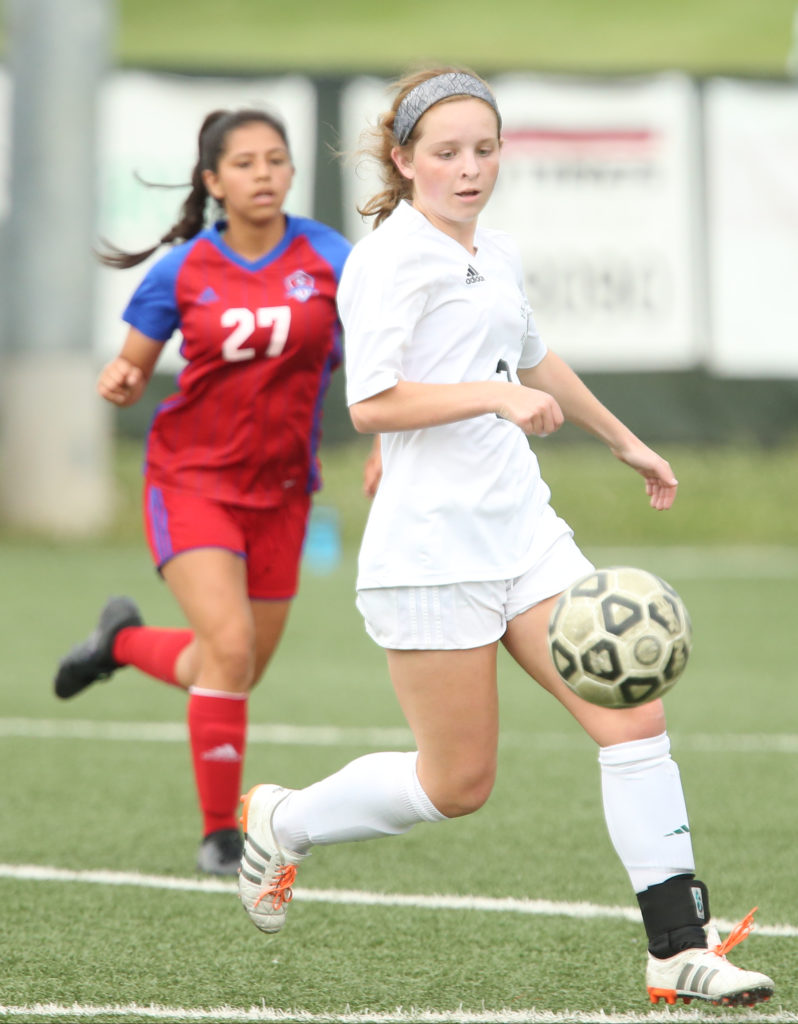 Free State’s Emma Yackley controls the ball against Dodge City during the first half on May 14, 2018 at Free State High School.

Emma Yackley, Free State soccer — The senior Firebird led the way during Free State’s first win of the year. FSHS rolled past Shawnee Mission North for an 8-0 win behind a hat trick from Yackley. The Creighton signee scored three goals, and was one of two players to net multiple scores in the win along with Madison Beeley.

Grace Lovett, Eudora softball — In support of another strong pitching week by Kyla Etter, Lovett provided some power to help Eudora claim two wins. Lovett notched multiple hits in a 10-5 win over Paola, including a solo homer in the third inning. Lovett also went deep in the fourth during a 7-4 loss in the nightcap. EHS capped off the week by recording a 4-0 win over Tonganoxie. 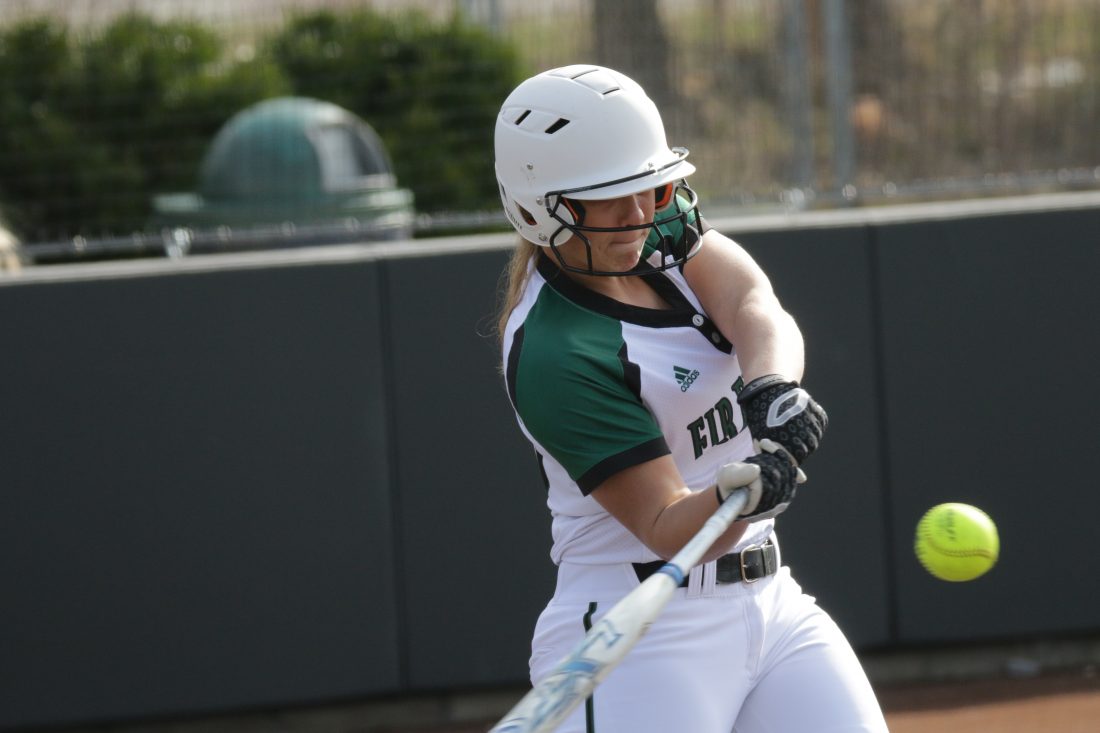 Free State freshman Kay Lee Richardson takes a swing in the sixth inning of a game against Olathe South on April 2, 2019 at FSHS.

Kay Lee Richardson, Free State softball — Tatum Clopton’s perfect game may not have been possible had it not been for Richardson’s walk-off triple in a 1-0 win over Olathe South. That was just the start of an impressive week by the talented freshman slugger. Richardson clubbed two homers and five RBIs against Shawnee Mission Northwest. She then hit a solo shot against Olathe West on Saturday.

Tucker Flory, Veritas baseball — The Eagles got back to .500 on the year behind a strong weekend from Flory. The senior led the way with five hits in 13 at-bats, recording seven RBIs and one double. Veritas (5-5) went 3-1 at Eck Stadium in Wichita on Saturday, notching two wins over Wichita Homeschool and recording a victory over Sunrise Christian Academy.

Will Hedges, Bishop Seabury golf — In his first meet of his school career, Hedges secured a first-place finish. The BSA freshman shot a 75 to take the top spot on an individual leaderboard that featured 54 golfers at the Bonner Spring Invitational. Hedges finished four strokes better than any other player in the field.