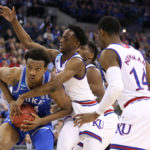 Every so often, an athlete so obviously lacks a particular skill to such a degree that the image of his or her deficiency can color a fan’s nightmares. In some cases, that very same athlete is a coach’s dream.

Meet Marcus Garrett, sophomore guard. Watch him shoot. Better yet, turn your head and watch everything else he does. Comparing Garrett’s jumper to the rest of his game is akin to likening the mood of a maternity ward to that of a mortuary.

If Garrett had been steered to a gym with heavy bags, buckets designed to receive bloody saliva, and square rings made of rope, instead of one with round, steel rings, and buckets for making points, his fast hands, quick feet, long reach and feisty spirit might have landed his name on big-time fight cards.

Instead, he’s a basketball player rich with intangibles.

I asked Kansas basketball coach Bill Self to tell me everything he likes about Garrett that is obvious and then what he likes that isn’t as plain to see.

“Everything I like,” Self repeated the question, lining up his answer. “Obvious: Lateral quickness. Size. Toughness. Length. Not obvious to everyone would be: understanding the scouting report, being able to take away an offensive player’s strength.”

And: “His body strength. You can’t go around him, or not as easily. He’ll bump you with his chest.”

Also: “I would say his anticipation. Not as good as Mario (Chalmers), but maybe about as good as we’ve had since Mario. He’s Travis (Releford) good.”

Plus: “His IQ is off the chart, knowing how to do something three seconds before the finish of the play to make sure the play works.”

As for his shot, which last season looked like a knuckleball floating toward home plate and went in with a .267 accuracy rate from 3-point range, assistant coach Kurtis Townsend said, “It’s getting better. It’s not pure. He might could throw an open one in.”

We’ll see. Opponents will make him prove it and will sag off of him, which crowds the lane with an extra defender. Even if Garrett doesn’t make defenders pay, he has another ability that can minimize the damage that defensive strategy can do to Kansas.

“He’s a good passer, so now he’s not pressured, so it’s easier for him to make passes,” Self said. “There are some advantages to not being pressured. It opens up vision and stuff like that.” 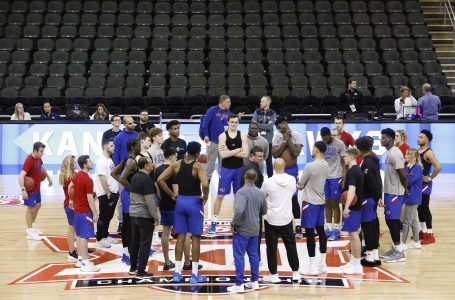 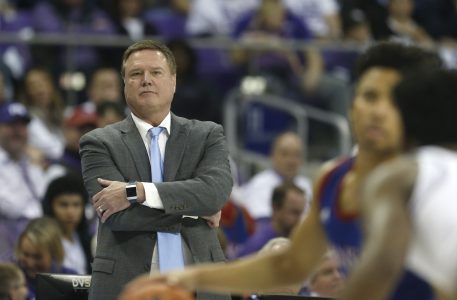