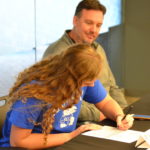 Free State senior Rachel Hickman signs letter of intent to play collegiate volleyball at the University of Kansas Wednesday afternoon at FSHS. Hickman has been committed to KU since 2016.

Free State senior Rachel Hickman knew Wednesday was different when she woke up in the morning.

Hickman has known since September of 2016 that she would eventually be playing collegiate volleyball at the University of Kansas, as that was when she announced her verbal commitment. Hickman has made it official, though, signing her national letter of intent at FSHS Wednesday afternoon. 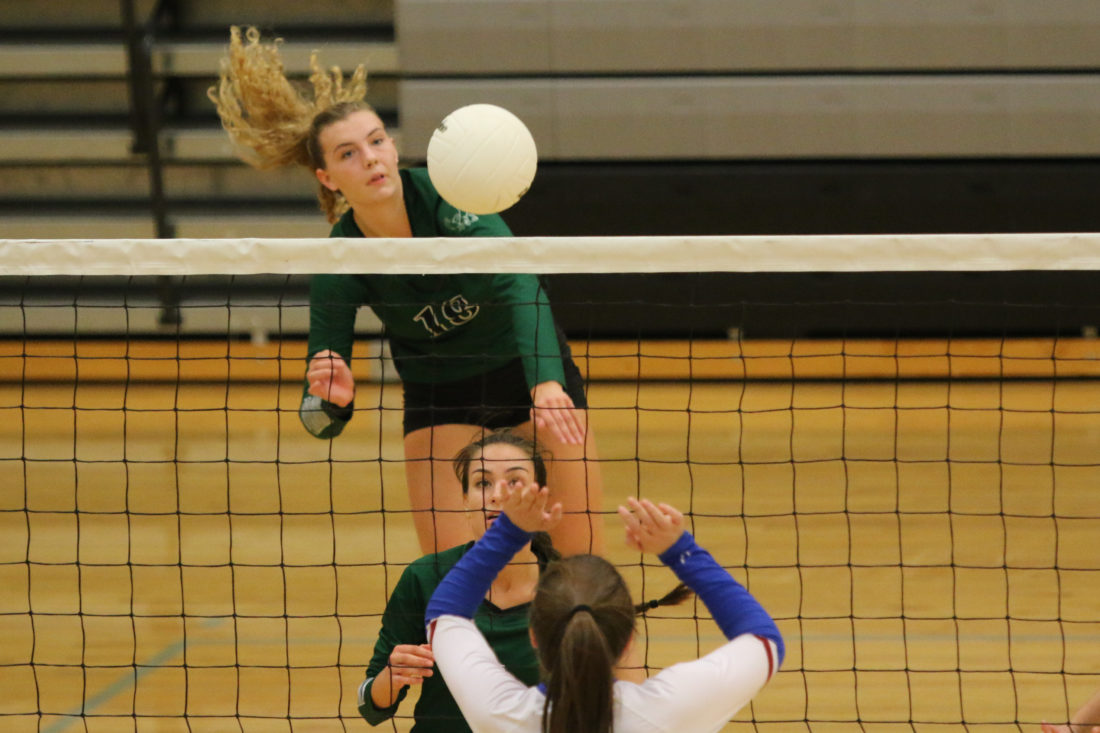 Free State senior Rachel Hickman delivers a kill against Seaman in a match at FSHS on Thursday, Sept. 12, 2018.

Hickman has been prepared to play at the next level since she first picked up the sport at 11 years old.

Prior to her sophomore season, Hickman was named to PrepVolleyball.com’s club volleyball All-American honorable mention list, which meant she was ranked in the top 40 in the nation for 15-year-olds.

Hickman’s older sister, Naomi, who is two years older than Rachel, currently plays collegiate volleyball at Creighton University. As a result, Rachel Hickman was well-equipped for the recruiting process and what it took to compete at the collegiate level.

“Her going through the recruiting process before me definitely helped me,” Hickman said. “I talked to her about everything, because we are best friends. She helped me figure out what I want to do.”

Hickman, who is 6-foot-3, displayed her dominance during the two seasons without her sister on the FSHS volleyball team.

As a senior, Hickman registered 304 kills, which ranked sixth in the Sunflower League, on a .292 hitting percentage. She finished with 51 aces, good for fourth in the league. She also added 27 solo blocks and 117 digs.

“I’ve been committed for a little over two years, so it feels great to sign that paper,” Hickman said. “I’ve lived here my whole life. I love the community in Lawrence.” 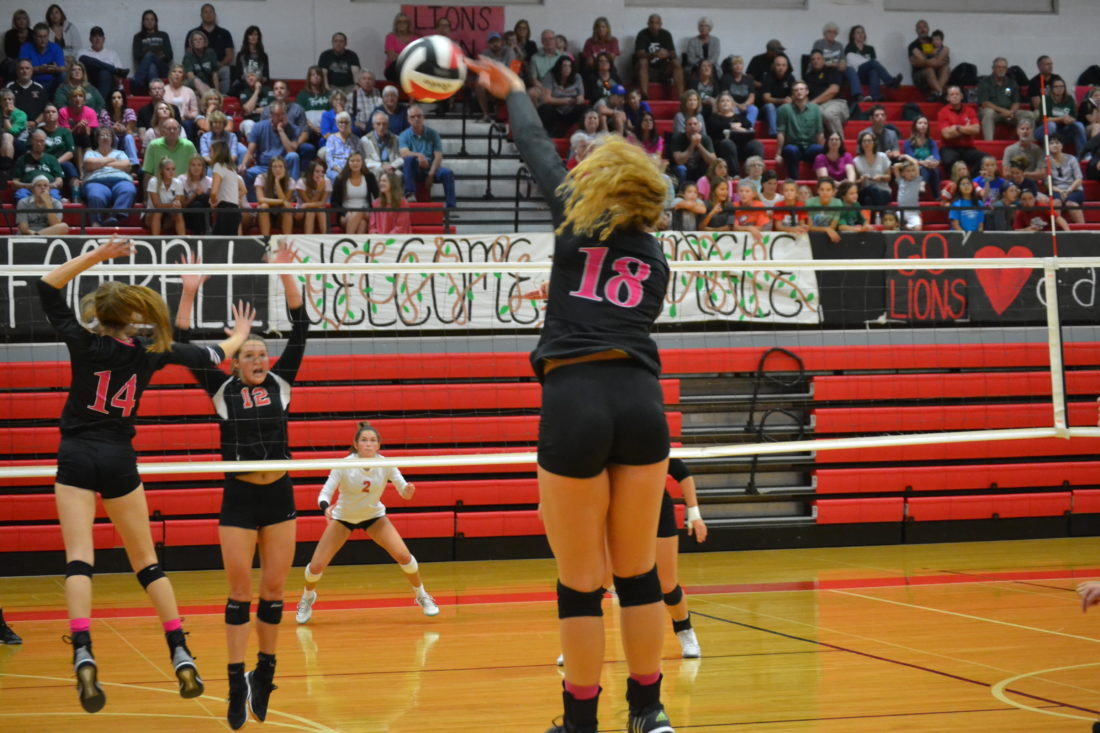 Hickman first visited KU in the spring of 2016, and decided shortly after that to remain in Lawrence.

It helped that Hickman spent a lot of time watching the Jayhawks in action during their recent run. Kansas has made the NCAA tournament in six consecutive seasons, including a trip to the Final Four in 2015.

Hickman even went to KU’s home match against Kansas State on Wednesday night, which was just hours after she made it official that she was going to be a Jayhawk herself.

“I have loved KU ever since I was a little kid,” Hickman said. “I go to all the games that I can.”