Editorial: Mueller should speak his mind to Congress 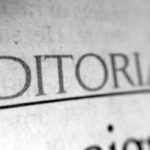 Of course Robert Mueller should testify before Congress. Whether the special counsel’s testimony will be particularly illuminating, though, is far from certain.

While Mueller may be special in many ways, communication does not seem to be one of those ways. In his defense, communicating in Washington, D.C., is naturally difficult for a man like Mueller. He is equipped with principle while nearly everyone else is carrying a partisan bullhorn.

But still, Mueller has to find a way to say what is on his mind, and testimony before a congressional committee makes more sense than any of the other options.

You would hope that Mueller would have been able to communicate his position clearly in his nearly 450-page document that is formally titled the Report on the Investigation into Russian Interference in the 2016 Presidential Election. But he didn’t on at least one matter.

In one regard, Mueller’s report is clear enough for those who have read it. On page 2 of Volume II, Mueller states that he has made the decision to not make a traditional binary decision on whether the president should be prosecuted for a crime. He notes that an opinion from the Office of Legal Counsel already has determined a sitting president can’t face criminal prosecution.

Mueller failed as a communicator by not making that position known to the public at the beginning of his investigation. He allowed an unreasonable expectation to grow within the public. Good communicators guard against that. He would have done the country a favor by spelling out early on what his report would do and what it would not. The public then would have been better prepared to view its findings through the proper lens.

Instead, the confusion created an information vacuum in the moments following the report’s release, and Attorney General William Barr filled it. He said the information in the report does not support a charge of obstruction against the president, even if a sitting president could be charged.

It is understandable, though, that many people are tossing Barr’s statement aside like a piece of rubbish. The president is accused, among other things, of pressuring political appointees to cover for him. Now, a political appointee is saying the president did not commit obstruction. There is just no value in such a statement from Barr at this point. If such a statement is going to be made, Mueller is in a much better position to make it.

Testimony before Congress would give him the chance to do so. The country deserves an answer from Mueller on the question of: If the president were a private citizen, do you believe his actions warrant an obstruction of justice charge?

Opponents of the president, though, need to be prepared to accept the answer. Perhaps Mueller thinks Trump has committed acts that warrant a charge. But, perhaps he doesn’t. Opponents of the president don’t have a great track record of predicting the thoughts of Mueller. It is worth remembering Mueller did not find that collusion existed with the Russians. Trump and his supporters do have a meaningful finding to point to on that front.

Regardless, the country deserves more resolution than what it has gotten on this matter. A fair, well-run hearing where senators or representatives from both parties get a chance to ask the questions of their choosing could go a long way in providing the public with information it deserves.

Editorial: Do we really want to live in a world where Twitter is the fact checker?

Editorial: This Memorial Day there are added reasons to remember and thank those who have sacrificed

Editorial: Believing in the future is the best graduation gift any of us can give

Editorial: Divisiveness is an overlooked symptom of this virus we are fighting

Editorial: NCAA’s pending rule change on endorsements is another loss for higher education