Biscuits, not sermons, on menu at new downtown Lawrence cafe owned by church 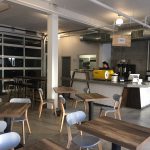 Coffee manager Kealy Moffitt is at the counter of the new downtown eatery Greenhouse Cafe at 1012 Massachusetts St.

Most often a four-by-four in my life is used as part of a misguided home improvement project. Now, it can also be a part of breakfast. The Greenhouse Cafe has opened in downtown Lawrence serving square biscuits — roughly 4 inches by 4 inches, the staff touts — and that is just the beginning of the twists served by this new eatery.

The biggest one is that the cafe is owned by a church. The Greenhouse Church recently opened the Greenhouse Cafe at 1012 Massachusetts St. in the old home of Buffalo Wild Wings and Jazz, A Louisiana Kitchen. While the cafe actually is a for-profit business, it is owned by a nonprofit and, as such, plans to give away a good amount of its profits. Currently, the church plans to donate 50 percent of all its profits to local organizations that work to combat human trafficking or to organizations that help victims of those crimes.

Lest you get the wrong idea, though, one offering that is not on the menu is a sermon. Greenhouse Pastor Jared Scholz said he wants people to feel that they are coming to a comfortable, welcoming cafe, not some sort of church recruitment office.

“The best way to say it is, it’s a nonreligious project,” Scholz said. “We have been real intentional to make it comfortable for everyone.” 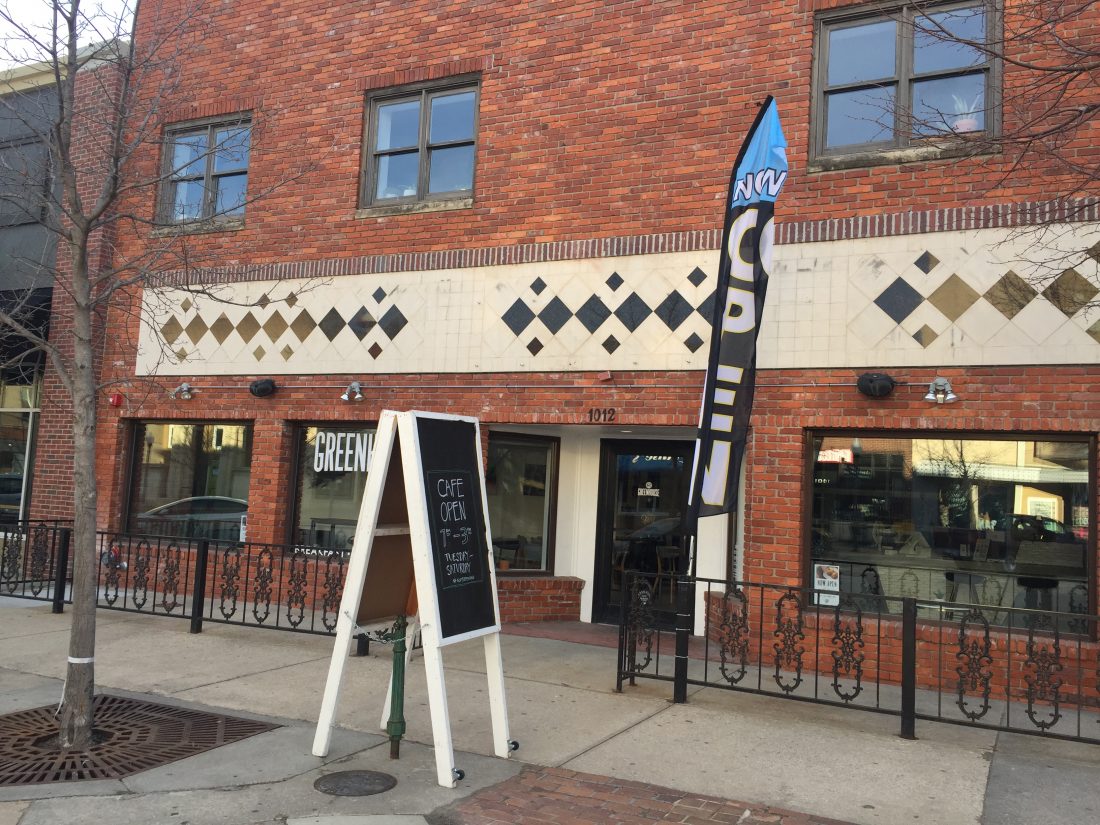 The Greenhouse Cafe is in the former Buffalo Wild Wings location in downtown Lawrence. In addition to the cafe, the Greenhouse Church also is located in the building.

As I’ve long said, biscuits are a key to comfort. (It is true because I almost always have a nap after I’ve eaten a dozen.) The big, square biscuits are a centerpiece of the cafe’s menu. And with hours from 7 a.m. to 3 p.m., breakfast is a big part of the menu. That means biscuits and gravy, biscuit egg sandwiches with your favorite breakfast meats, and even an eggs Benedict dish that uses biscuits instead of English muffins.

The cafe, though, keeps the theme going through lunch. All the sandwiches are served on biscuits rather than buns or other bread. One of the signature sandwiches is a Nashville-style chicken sandwich. That means it is fried chicken with some spice to it. The biscuit sandwich also comes topped with house pickles and Tabasco aioli sauce. The menu also features a brisket sandwich and even a grilled cheese on a biscuit.

Plus, there are more simple biscuit dishes. You can get a plain biscuit with choice of blackberry, peach, strawberry or grape jam for less than $2. There also is a lox biscuit that features smoked salmon, avocado and cream cheese, and something called a French toast biscuit that comes with maple syrup, whipped butter and Bavarian whipped cream.

Coffee also is a big part of the cafe’s offerings. It uses artisan coffee from Messenger Coffee Co. in Kansas City, Mo. In addition to just plain old coffee, it has lattes, cappuccino macchiatos, espresso and a variety of other offerings. Coffee manager Kealy Moffitt said she’s also working to develop house-made syrups, such as lavender, vanilla and rosewater, that can be added to the beverages.

The cafe also has something called a coffee printer. (Caution: If you misunderstand what a coffee printer is, you can make your IT department really mad.) A coffee printer is a device that prints an image onto the top of the foamy drink like a latte, a cappuccino or a hot chocolate. Currently, you can have a Jayhawk or a songbird or a puppy dog, or, for some reason, a mustachioed man printed atop your drink, among others.

Scholz said music and special events also will be a part of the cafe’s vibe, eventually. The cafe has a large garage door that opens into the sanctuary area of the church. Unlike a lot of sanctuaries, though, it is not full of pews but rather tables. It includes a stage and a soundboard, so Scholz expects the space will be used for concerts and other events.

The church bought the large, two-story downtown building last year. In addition to the cafe, it has renovated the entire building for church uses, including special areas for youth groups and children’s ministries. On Wednesday afternoons, part of the building is being used for a special youth program that gives kids a place to go on the early-release days of the Lawrence public school district.

And while the cafe is trying to keep itself separate from the church functions, Scholz admits that an underlying principle of the church has permeated the cafe.

“It always has been our heartbeat that relationships are the only thing that matter at the end of the day,” Scholz said. “We are trying to take everything we do here sincerely, but not too seriously. But we want to do things to celebrate the real blessing of people.”