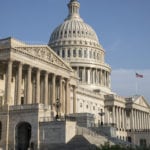 MANHATTAN — A northeast Kansas mayor has suspended her campaign for the Democratic nomination for an open U.S. Senate seat.

Manhattan Mayor Usha Reddi said Thursday that responding to the coronavirus pandemic had become “the most important work of my life” and would continue to demand “100% of my focus for the foreseeable future.”

Reddi’s decision all but guarantees that state Sen. Barbara Bollier, a retired Kansas City-area anesthesiologist, will be the Democratic nominee.

The Senate seat is open because four-term Republican Sen. Pat Roberts is not seeking reelection.

Reddi raised less than $147,000 for her campaign through March, while Bollier raised nearly $3.5 million.

Reddi was first elected to the Manhattan City Commission in 2013 and re-elected in 2017. Fellow commissioners picked her this year to serve a year as mayor, and she previously held the job in 2016-17. She also is an elementary school math teacher.