Kansas Gov. Laura Kelly answers questions about attempting to check the spread of the new coronavirus during an interview with The Associated Press in her office, Wednesday, March 25, 2020, at the Statehouse in Topeka, Kan. (AP Photo/John Hanna)

Kelly, a Democrat, on Wednesday said President Donald Trump’s suggestion that restrictions on people’s movements could be loosened by Easter to help the economy is ” wishful thinking ” and argued that the federal government should invoke the national Defense Production Act to address shortages of ventilators, protective masks and testing kits, a move Trump has said isn’t necessary.

“We, along with all of the other states, are really kind of begging the federal government to get their act together,” Kelly said in an interview.

Meanwhile, Dr. Lee Norman, the state’s secretary of health and environment, said people should stay home as much as possible, even if they don’t live in a county that has issued a stay-at-home order. He said some residents are trying to exploit exceptions in the orders.

The state reported 126 confirmed cases Wednesday but that didn’t include three cases reported later in the day in Topeka. Norman said he expects Kansas to have around 400 cases by the end of the month.

Among the sickened are two people who attended a March 5 magician group’s meeting with a 74-year-old retired school superintendent who was Johnson County’s first coronavirus death. The man and his wife are quarantined at home, said David Sandy, president of the International Brotherhood of Magicians Ring 129.

“It is pretty heart-wrenching,” Sandy told The Kansas City Star. “We’re like a family.”

For most people, the coronavirus causes mild or moderate symptoms, such as fever and cough that clear up in two to three weeks. For some, especially older adults and people with existing health problems, it can cause more severe illness, including pneumonia, or death.

Stay-at-home orders also continue to cause economic fallout. With 600 movie theaters across the country closed, Leawood-based AMC Theatres has furloughed its entire corporate staff, The Kansas City Star reported. AMC employs some 400 people at its Leawood offices, according to the Kansas City Area Development Council.

“As we all know, these are unprecedented times,” spokesman Ryan Noonan said in a statement. “AMC is doing everything possible to ensure that we can welcome back both our associates and our guests as our theaters reopen.” 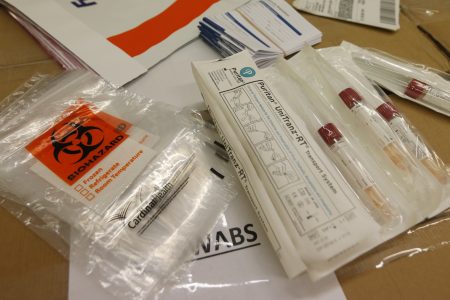