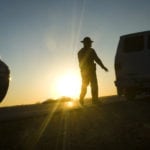 WICHITA — Ninety-three percent of the Kansas Highway Patrol’s traffic stops in 2017 involved cars with out-of-state plates, according to a lawsuit challenging the practice as an infringement on motorists’ constitutional rights.

In an amended lawsuit filed Thursday on behalf of three plaintiffs, including two Oklahoma brothers who initially filed the complaint, the American Civil Liberties Union of Kansas and a Kansas City, Mo., law firm contend that the traffic stop statistics show that the Kansas Highway Patrol specifically targets out-of-state drivers, including many on the main highway connecting Kansas with neighboring Colorado, because that state has legalized marijuana.

The case began as a hand-scrawled complaint filed last December by the two irate brothers, but it got significant legal backing when the ACLU and the law firm Spencer Fane LLP joined their cause. The lawsuit, which lists the Kansas Highway Patrol, its superintendent Herman Jones and two troopers as defendants, argues that specifically targeting out-of-state drivers infringes on drivers’ constitutional protection from illegal searches and seizures.

The revised complaint, which also seeks class-action status, contends that the highway patrol has had a laser-like focus on drivers traveling Interstate 70, which the agency has designated a “drug corridor.” Out-of-state motorists driving on that highway constituted 96% of all of the agency’s reported civil forfeitures from 2018 to 2019, the lawsuit contends. Two-thirds of those motorists either were people of color or had passengers of color in the vehicle.

The complaint also challenges a law enforcement practice known as “the Kansas Two Step,” a maneuver used to detain drivers for canine drug searches. The maneuver, which is included in the agency’s training materials, is a way to break off an initial traffic stop and attempt to reengage the driver in what would then be a consensual encounter.

The way the “Kansas Two Step” works is this: A trooper stops a vehicle with out-of-state plates under the pretense of a minor traffic violation. The trooper issues the driver a ticket or warning for the infraction, then turns around and takes a couple of steps away from the vehicle before turning around and asking the driver to agree to answer additional questions. When the driver denies transporting anything illegal, the trooper requests consent to search the car. If the driver declines to consent to a search, the trooper detains the driver for a canine drug search.

The federal lawsuit was filed by Joshua Bosire, a black man who lives in Wichita, where he works as an engineer in aviation. He travels on I-70 twice a month to visit his 4-year-old daughter, who lives in Littleton, Colo. On a return trip from visiting her last February, Bosire was driving a rental car that had a Missouri license plate when he was stopped for driving 6 mph (9.7 kph) over the speed limit. Bosire was detained for 36 minutes before a drug dog arrived. No drugs were found.

The two other named plaintiffs are Elontah Blaine Shaw and Samuel Shaw, Native American brothers who live in Oklahoma City. Elontah Shaw works as an Uber driver and travels I-70 through Kansas several times per year to visit family and friends in Colorado. They were subjected to a drug dog search during a traffic stop for speeding in December 2017. They were released from detention after an hour and a half. Troopers did not find any illicit drugs.

Lauren Bonds, legal director for the ACLU of Kansas, said in a news release that the detained drivers endured canine unit searches and that one was subjected to a personal pat down on the side of the highway.

“The standard for this kind of invasion of privacy has to be higher than out-of-state plates, a Colorado destination and minority status,” Bonds said. “This practice is unconstitutional on many levels.”

An average of more than 10,000 motorists and their passengers drive through Kansas on I-70 each day, according to the complaint. The state estimates that about 7,820 of them each day are traveling to or coming from Colorado.