Abortion is unlikely complication in U.S. Senate race in Kansas

In this Saturday, Feb. 1, 2020 photo, Kansas Senate President Susan Wagle, R-Wichita, a candidate for the U.S. Senate, makes a point during a debate for GOP Senate candidates at a Kansas Republican Party convention in Olathe, Kan. (AP Photo/John Hanna)

OLATHE — A fight in the Kansas Legislature over protecting its power to restrict abortion has become an unlikely complication in the Republican primary for an open U.S. Senate seat, even though the top candidates all oppose abortion.

Kansas Senate President Susan Wagle is campaigning for higher office as anti-abortion groups and state lawmakers seek to put a proposed amendment on abortion to the state constitution on the ballot in the August primary. The amendment would overturn a Kansas Supreme Court ruling last year that access to abortion is a “fundamental” right under the state’s Bill of Rights.

Wagle has been leading the push to put the measure on the August primary ballot, and she’s pointing to her work in an effort to boost her campaign. She’s doing it at a time when many Republicans see their U.S. Senate contest settling into a race between Kris Kobach, nationally known for advocating tough immigration policies, and U.S. Rep. Roger Marshall of western Kansas.

Some GOP leaders don’t want Kobach, the former Kansas secretary of state, to be the party’s nominee after he lost the Kansas governor’s race in 2018. A surge for Wagle could splinter the anti-Kobach vote, engineer the result that those leaders want to avoid and put a normally safe Republican seat in play.

“Four- or five-way elections, you just don’t need many votes to win them,” said Tim Shallenburger, a former Kansas Republican Party chairman and state treasurer. “If Wagle’s (at) 13% or 14%, you’re talking a major splinter there, and Kobach, I’m assuming, is going to get 25% no matter what because he’s just got so much name ID.”

Many Republicans at a recent state GOP convention in the Kansas City area weren’t sure any candidate would benefit from the abortion question being on the August ballot. Mary Kay Culp, executive director of the influential anti-abortion group Kansans for Life, said the top candidates all would “vote pro-life” in Congress.

While the major candidates all mention their opposition to abortion, Kobach said after a recent anti-abortion rally at the Statehouse in Topeka that he believes having an abortion question on the ballot in August helps him because “Pro-life voters and conservatives are definitely in my camp.”

But Wagle, a veteran state lawmaker from Wichita, is aggressively raising the issue and running to Kobach’s right. It’s key to her pitch that she has shown she can get conservative policies enacted into law and won’t stop at simply advocating them publicly. She contends GOP voters “want someone who can get things done.”

Several times during a Saturday debate for U.S. Senate candidates at the GOP gathering, Wagle cited her work on pushing the proposed state constitutional amendment through the Kansas Senate. The state House expects to debate it Thursday.

“Let’s be successful. Let’s elect someone who has a proven record,” Wagle said in her closing debate remarks. “I just a passed a bill, a constitutional amendment.”

Republicans are looking to protect their 53-47 majority in the U.S. Senate and don’t want a tough race in Kansas complicating their efforts. A Democrat hasn’t won a Senate race in the state since 1932.

Marshall highlights his personal history as an obstetrician who strongly opposes abortion. But he also called other U.S. Senate candidates’ calculations about whom a ballot question on abortion would help “thinking so selfishly.”

“It blows my mind that anyone could even go down that path,” he said.

The leading Democratic candidate, state Sen. Barbara Bollier, a retired Kansas City-area anesthesiologist, spooked some Republicans by raising almost $1.1 million during the last three months of 2019. And so, Culp said, a key issue for abortion opponents will be which GOP candidate can best beat her. 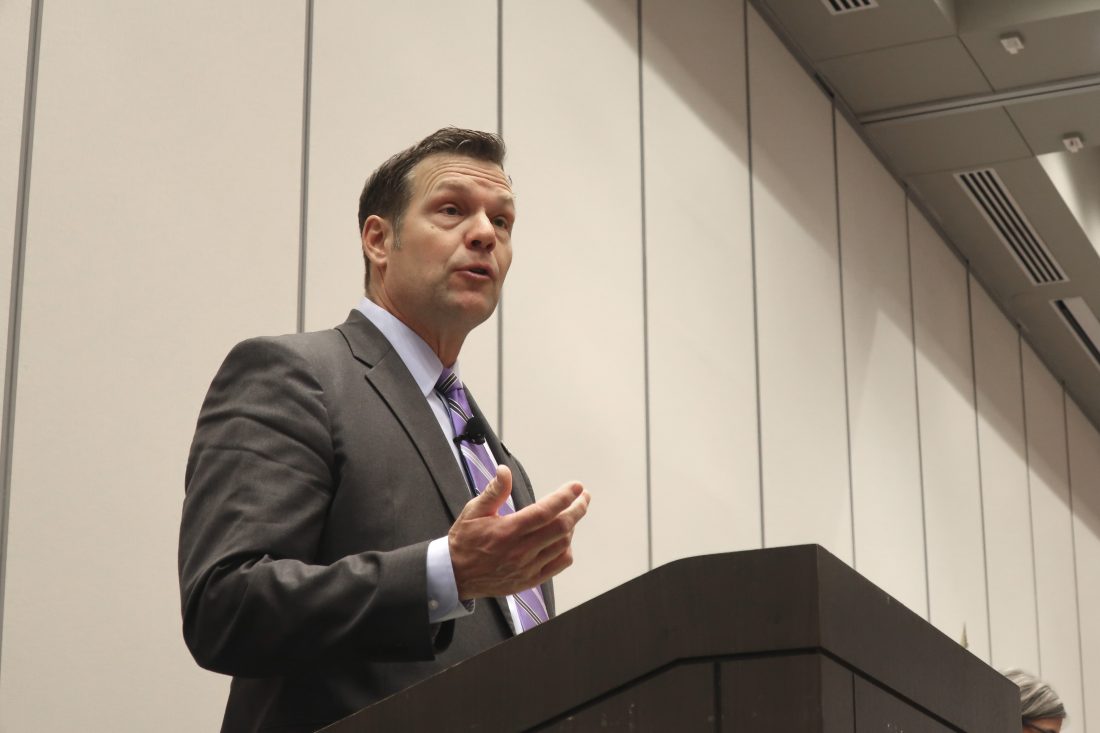 In this photo from Saturday, Feb. 1, 2020, former Kansas Secretary of State Kris Kobach, a candidate for the U.S. Senate, answers a question during a debate a statewide Kansas Republican Party convention in Olathe, Kan. Abortion has become an unlikely issue complicating some Republicans’ efforts to deny Kobach the nomination after he lost the 2018 governor’s race. (AP Photo/John Hanna) 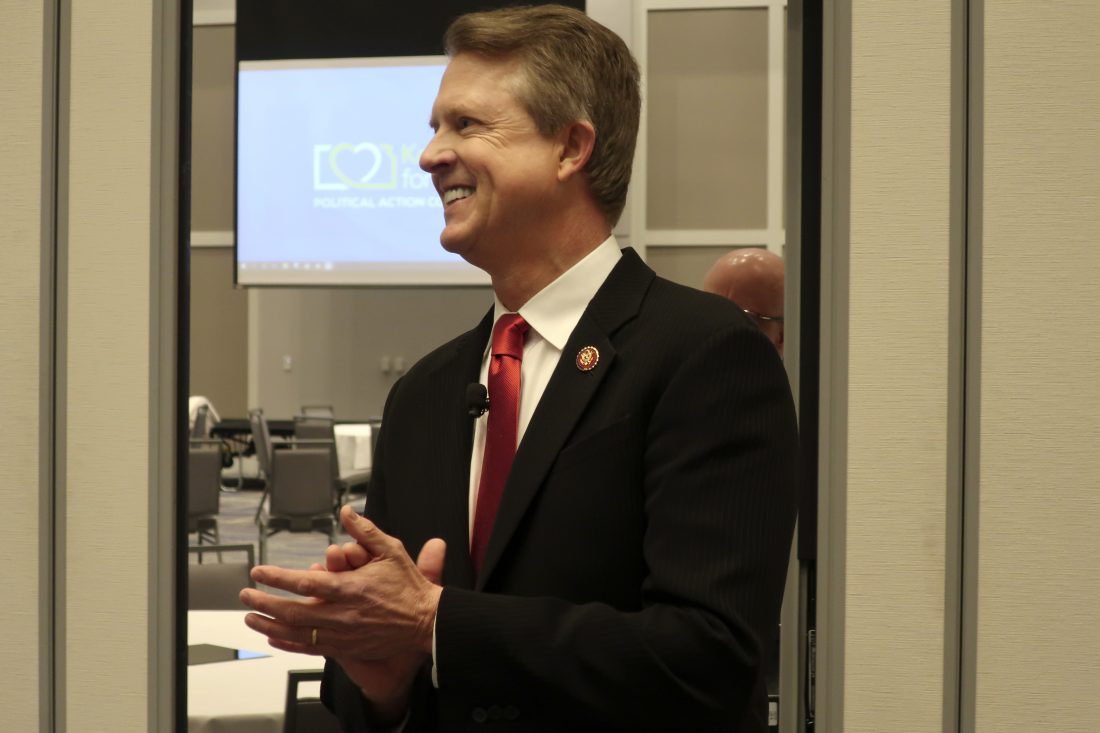 In a Saturday, Feb. 1, 2020 photo, U.S. Rep. Roger Marshall, R-Kan., a candidate for the U.S. Senate, awaits the start of a debate at a statewide Kansas Republican Party convention in Olathe, Kan. Abortion has emerged as an unlikely issue to complicate Marshall’s efforts to defeat immigration hardliner Kris Kobach in the GOP primary race. (AP Photo/John Hanna)