Topeka — A survey of the state of Kansas’ 8,000 executive branch employees shows that the biggest concern for most of them is low pay and poor benefits.

The Topeka Capital-Journal reports that while 65% of respondents from 14 Cabinet agencies are satisfied with their jobs, three in five cite low pay and benefits as their most significant workplace concern.

The Kansas Department of Administration released findings Wednesday of the anonymous, voluntary survey. It was conducted in June at the urging of Democratic Gov. Laura Kelly.

The department said 54% of employees from the Cabinet agencies responded.

“We know the past several years have been difficult for our public employees,” Kelly said. “Their well-being and satisfaction dramatically affect the efficiency and effectiveness of the services Kansans receive. Better working conditions for public employees lead to a better government for the citizens of Kansas.”

Of the survey respondents, 60% said they weren’t reasonably compensated, while 24% cited training, technology and equipment inadequacies as their top concern.

The Department of Administration said eight in 10 employees were convinced their work advanced their employer’s mission and agreed their supervisors valued input from staff.

Agency managers and supervisors dealt ineffectively with poor job performance, according to 40% of respondents. Also, 13% said they didn’t feel physically or emotionally safe at work.

Lawmakers this year approved a bill signed by Kelly to provide state employees with a 2.5% pay raise. Health insurance plan premiums for state workers were lowered in 2019 by 6%. That followed increases of more than 30% from 2016 to 2018.

“You can see on-the-ground results when the employees of the state are adequately compensated and treated as professionals,” she said. 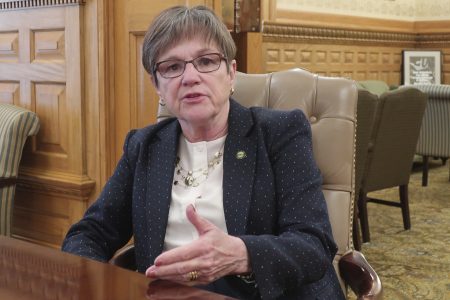 Wichita — An insurance company must reimburse a Kansas man for the personal care his wife provided after he was ...