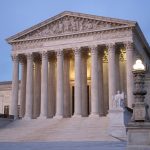 In this May 23, 2019, photo, the U.S. Supreme Court building at dusk on Capitol Hill in Washington. (AP Photo/Patrick Semansky)

Wichita — The unregistered gun silencers, each stamped “Made in Kansas,” were arranged in a display case at a military surplus store in a rural Kansas town. Beside them was a copy of a Kansas gun law signed a year earlier by then-Gov. Sam Brownback that purports to prevent federal prosecution of anyone owning firearms made, sold and kept in Kansas.

Jeremy Kettler said he was skeptical when he saw the display in 2014, but Chanute store owner Shane Cox assured him that as long as the silencers didn’t leave Kansas, they were legal. Kettler, a disabled Army veteran with no serious criminal history, researched the state gun law before returning and buying a silencer.

His trial lawyer would later tell a federal court that Kettler wanted one because he had suffered hearing damage in combat and the muffled report of his firearm during target practice was easier on his ears and less aggravating to his post-traumatic stress disorder.

On June 10, the U.S. Supreme Court turned away without comment the appeals from Kettler and Cox on firearms convictions in a case that challenged federal regulation of gun silencers. The decision came just days after a gunman used a silencer in a shooting rampage that killed 12 people in Virginia.

“I was just collateral damage in this dispute between the state and federal government,” Kettler said after the ruling. Cox and his attorney could not be reached for comment.

The Kansas Legislature and the Kansas governor basically “sold this kid down the river with a law they knew full well was not going to be able to thwart the federal government,” said Ian Clark, the attorney who represented Kettler at trial. “That is the sadness of all this — they basically made Jeremy and Shane their guinea pigs.”

President Donald Trump’s administration had asked the court to leave the convictions in place.

Kansas and seven other states had urged justices to hear the appeals.

Instead, the Supreme Court let stand a ruling by the 10th Circuit Court of Appeals that found the National Firearms Act falls within Congress’ power to tax. The 10th Circuit didn’t address the constitutionality of the state’s Second Amendment Protection Act, which Kansas defended when intervening in the criminal case.

Kettler said he’s considering a civil lawsuit against Kansas for enacting the statute, which remains on the books.

“You can’t just pass laws for votes and then not back them up whenever it comes time to do so,” Kettler said.

State firearm nullification laws, or firearms freedom acts as they are sometimes called, have been signed into law in nine states, according to Everytown For Gun Safety, which supports gun control laws. Besides Kansas, other states with similar laws include Alaska, Arizona, Idaho, Montana, South Dakota, Tennessee, Utah and Wyoming.

“States can’t simply opt out of federal gun laws that they don’t like, and this court decision that the Supreme Court has let stand is just the latest affirmation of that,” said Jonathan Lowy, vice president of legal for the gun control advocacy group Brady, formerly known as the Brady Campaign to Prevent Gun Violence.

Lowy contended the Kansas Legislature should work to protect the people of Kansas against gun violence instead of enacting an unconstitutional measure that is “not worth the paper it was written on.”

The Kansas law states firearms, accessories and ammunition manufactured and kept within Kansas borders are exempt from federal gun control. It also contains a provision allowing the state to prosecute federal agents who attempt to enforce U.S. laws upon firearms made in Kansas.

“The law was written that way to prevent this from happening — so that it would be a challenge to the federal government coming in, based on the Constitution,” Kettler said. “It was supposed to be between the state of Kansas and the federal government, not against the individuals who were just following the law.”

Kettler, now a convicted felon for possession of the silencer, mostly faults Kansas Attorney General Derek Schmidt for not filing a state complaint against the federal officials who prosecuted him. He derided the friend-of-the-court brief filed by Schmidt as “a half-hearted attempt to make it look like he was doing something.”

Sedgwick County Commissioner Jim Howell, a former legislator who in 2013 convinced 55 lawmakers to co-sponsor the bill, defended the law and blamed the federal government. He also criticized Schmidt.

“It is his duty to defend our laws and filing a friend-of-the-court brief in my view is not going far enough,” Howell said.

The Kansas attorney general’s office said in an email it has “vigorously and successfully defended” the state’s Second Amendment Protection Act each time it has been challenged in court. Spokesman C.J. Grover noted the 2015 dismissal of Brady’s civil lawsuit challenging the statute and said the office intervened in the criminal case on behalf of Kansas to defend the statute.

Schmidt also wrote to then-U.S. Attorney General Jeff Sessions, asking him to review the case and either dismiss the charges against Cox and Kettler or recommend Trump pardon the men, Grover said. 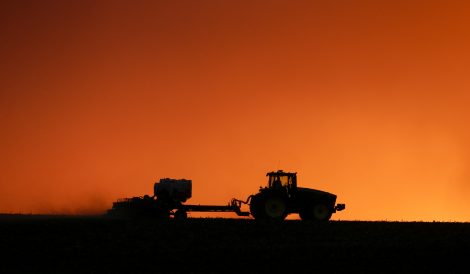