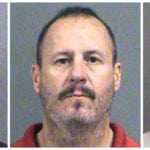 This combination of Oct. 14, 2016, file booking photos provided by the Sedgwick County Sheriff's Office in Wichita, Kan., shows from left, Patrick Stein, Curtis Allen and Gavin Wright, three members of a Kansas militia group who were convicted of plotting to bomb a mosque and an apartment building filled with Somali immigrants in Garden City, Kan. (Sedgwick County Sheriff's Office via AP, File)

WICHITA – Already sentenced to prison for his role in a bomb plot, Patrick Stein, 50, of Wright, pleaded guilty Friday and was sentenced to an additional 44 months in federal prison for possession of child pornography, according to a news release from U.S. Attorney Stephen McAllister.

Stein pleaded guilty to one count of possessing child pornography. In his plea, he admitted that investigators found up to 149 images of children engaged in sexual activities on his laptop computer and USB drives.

Investigators found the child pornography after obtaining a warrant to search Stein’s computer for evidence of his part in a plot to detonate multiple bombs at an apartment complex in Garden City where Somali refugees were living, according to the news release.

Kansas among 14 states with most rapid COVID-19 spread 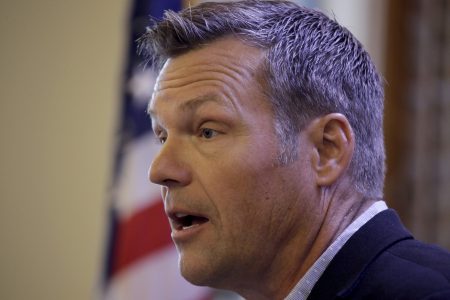