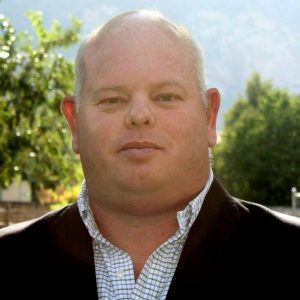 A.J. Stevens, 49, is a Baldwin City Democrat seeking election to the Kansas House of Representatives.

Former Baldwin City Council member A.J. Stevens, 49, says he wants to use his experience in local government to help out at the Statehouse.

Stevens is one of three area Democrats running to replace 10th District Rep. Eileen Horn, D-Lawrence, who announced in April she would not seek another term in the Kansas Legislature.

Stevens told the Journal-World when he filed his candidacy that he’d always planned on running for the seat, but didn’t want to jump in while Horn was in office as he thought she’d done a good job.

“It’s something that I feel matches my talents and experience really well,” Stevens said. “But more than anything right now, my motivation is making sure we’re taking care of people who need it.”

Stevens is the CEO of Baldwin City and Southern Railroad — created last year as a wholly owned for-profit subsidiary of the nonprofit Midland Railway — which he said has been an economic boon for the local economy in recent years, both through its active railroad operations and as a tourist attraction.

He was appointed to the Baldwin City Council in July 2017 after the death of council member Steve Bauer and served out the unexpired term before deciding not to seek reelection last fall.

Stevens told the Journal-World in May that he is a strong proponent of Medicaid expansion in Kansas, an effort which again failed to pass during the 2020 legislative session after the COVID-19 pandemic forced lawmakers from Topeka for an extended period of time.

“I think this pandemic really shows that we have people who are underrepresented and don’t have an opportunity to get medical care, and it’s a necessity,” he said.

Stevens said his focus on local economic issues through his work and his stint on the Baldwin City Council would serve him well in the Kansas Statehouse as state lawmakers are faced with how to recover from the economic hardships brought on by the COVID-19 pandemic.

“I’m worried about our county, our state, and our people as far as the shortfall we’ll have in revenue,” he said. “When I was on City Council, we had people in the community choosing between feeding their kids and paying their bills. I can’t imagine how much that’s increased since then.”

According to Stevens’ campaign website, he is a strong supporter of women’s reproductive rights and is running as a pro-choice candidate. He also supports Kansas passing legislation banning employment discrimination on the basis of gender identity or sexual orientation.