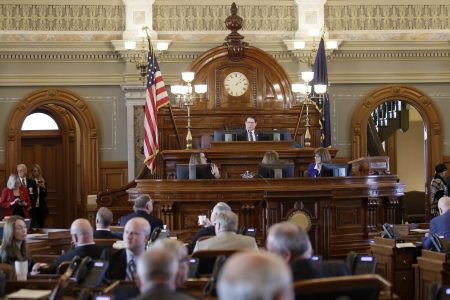 Speaker of the House, Rep. Ron Ryckman, R-Olathe, chairs the opening session of the Kansas House of Representatives at the Statehouse in Topeka, Kan., Monday, Jan. 13, 2020. (AP Photo/Orlin Wagner)

Top Republicans in the GOP-controlled Legislature planned to push again this year for income tax cuts after Democratic Gov. Laura Kelly vetoed two bills last year. GOP leaders want to provide relief to individuals and businesses paying more to the state because of changes in federal tax laws at the end of 2017 championed by President Donald Trump.

Expanding the state’s Medicaid health coverage for as many as 150,000 additional people is a top priority for Kelly. She and Senate Majority Leader Jim Denning, an Overland Park Republican, have drafted a bipartisan proposal.

Before lawmakers convened, about 30 people protested outside the Senate chamber to demand that the Legislature tackle proposals for fighting climate change. Later, lawmakers walked between lines of gun-control advocates in red T-shirts to get into both chambers.

Kelly is scheduled to give the annual State of the State address Wednesday evening to a joint session of the Legislature. Her aides expect to outline details of her proposed budget Thursday morning. 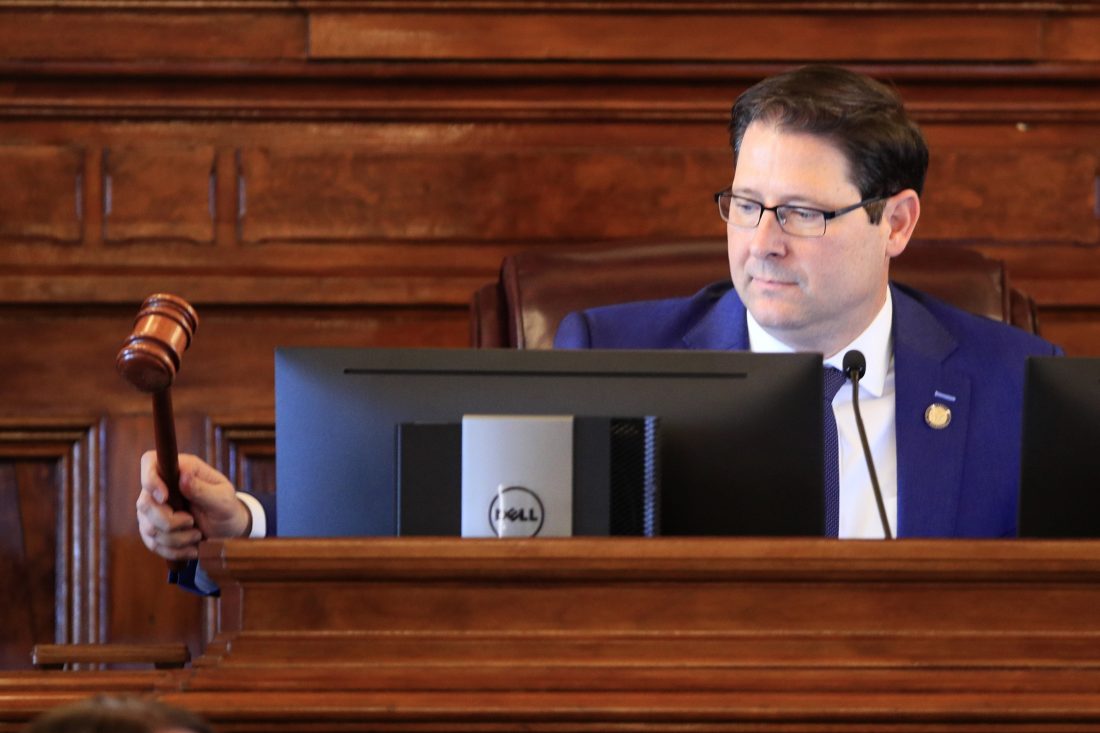 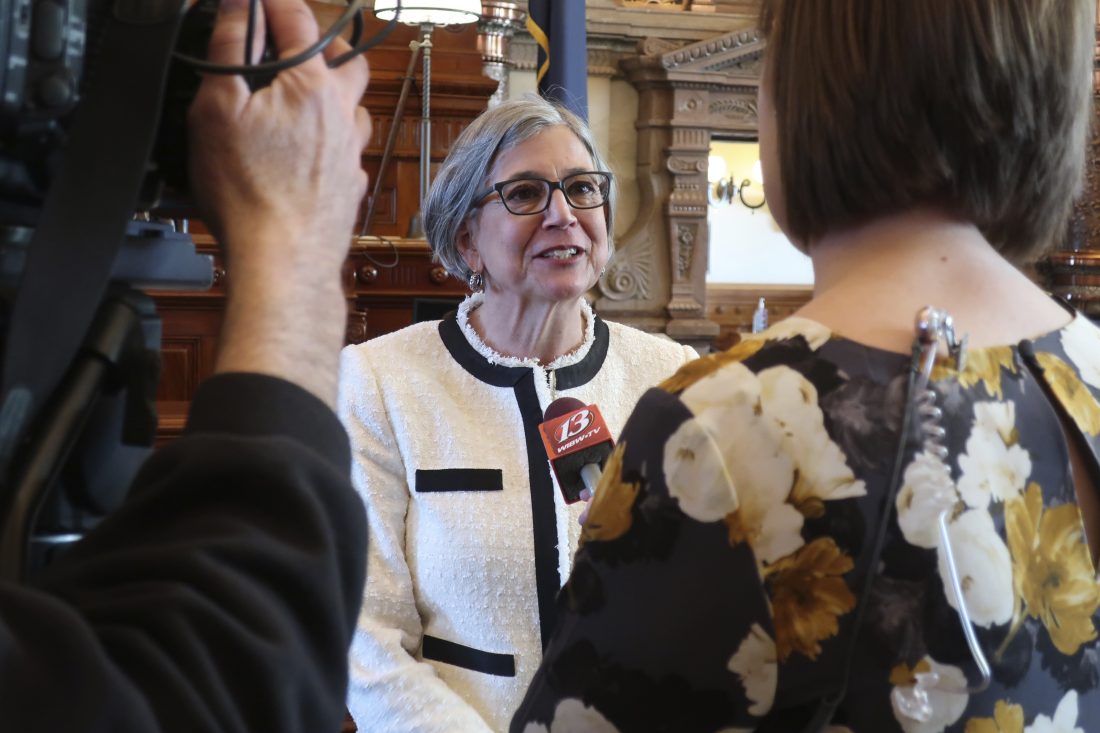 Kansas Senate President Susan Wagle, R-Wichita, answers questions from reporters after the Legislature convened its annual session, Monday, Jan. 13, 2020, at the Statehouse in Topeka, Kansas. Wagle says cutting taxes remains a keys priority for Republicans because many Kansans are paying more in income taxes to the state because of changes in federal tax laws at the end of 2017. (AP Photo/John Hanna)