In this Wednesday, Feb. 19, 2020 photo, Zack Pistora, a lobbyist for the Sierra Club, testifies before the Kansas Senate Utilities Committee at the Statehouse in Topeka, Kan. Pistora and other environmentalists are frustrated that the Legislature isn't discussing climate change and considering proposals for combating it. (AP Photo/John Hanna)

TOPEKA — Environmentalists are struggling to get lawmakers to even discuss climate change as a serious issue in Kansas, where some leaders of the Republican-controlled Legislature question the widespread scientific consensus that human activity is dangerously warming the planet.

States such as Virginia, Minnesota and California are pursuing goals for eventually getting all of their electricity from renewable resources. But Kansas proposals aimed at reducing electricity use, making state office space more energy efficient and encouraging farmers to capture and store greenhouse gases have languished without committee hearings.

Environmentalists had to schedule their own climate change hearing earlier this month outside of lawmakers’ regular meetings. Even more galling for them, a House committee’s first foray Thursday into environmental policy was a hearing on a measure to bar cities from banning single-use plastic bags or straws.

Some Republicans worry about the costs of pursuing initiatives for consumers, farmers and businesses, questioning whether Kansas could effectively lessen the problem. But some of them doubt it’s a problem compelling enough to address and express opinions at odds with most scientists’ views.

Rabbi Moti Rieber, executive director of Kansas Interfaith Action, said lawmakers’ inaction is “like fiddling while the house is burning.” Of the 71 billion-dollar natural disasters the federal government says have affected Kansas over the past 40 years, more than half, or 37, occurred in the past decade, even with damage figures adjusted for inflation.

“We’ve been trying to have the conversation for five, seven years now,” Rieber said. “It just keeps not happening as the situation continues to get worse.”

Oil and natural gas production remain an important industry in Kansas, but it’s also made big strides on clean energy because of a wind-farm boom over the past decade.

But Sierra Club lobbyist Zack Pistora said Kansas could eventually get all of its electricity from renewable resources because its use of solar now is minimal. Virginia lawmakers are working on legislation to meet such a goal by 2050, while a 2018 California a law sets the marker for 2045.

“If we don’t recognize that we need to do something about this, I feel like the costs are just going to get greater,” Pistora said.

Democratic Gov. Laura Kelly is concentrating on making the state’s energy policy office independent of the commission that regulates utilities, arguing that a separate agency would be better able to draft a long-term energy plan. She issued an executive order last month, but a House committee recommended its rejection by the full chamber, which would block the move.

Kelly’s chief of staff, Will Lawrence, told a Senate committee this week that Kelly is pursuing an “all of the above” energy strategy and sees energy as “economic development.”

“People feel the discussion of climate change will be taking away things from people when we really want to concentrate on, how can we best adapt to what’s happening; how can we be positive?” said Sen. Marci Francisco, whose northeast Kansas district includes the liberal University of Kansas campus.

The leaders of the House and Senate utilities committees said the potential costs of initiatives versus their potential benefits is a key issue. They said they don’t want to take steps that, for example, increase the costs of farmers’ tractors by tens of thousands of dollars for small improvements in pollution controls.

“Kansans are also very practical,” said Senate Utilities Committee Chairman Ty Masterson, a Wichita-area Republican. “They want to do something that makes economic sense to them.”

And Senate President Susan Wagle, a Wichita Republican, questioned whether it’s practical for Kansas to pursue climate change as an issue without emissions reductions by foreign nations.

Wagle is a candidate for the U.S. Senate and recently criticized a new GOP congressional climate plan, arguing that it is “kind of silly” to propose spending “a lot of taxpayer dollars” when China’s and India’s greenhouse gas emissions would more than cancel out any benefits.

“I believe the climate is changing, but I don’t see scientific consensus on, an agreement on, what the cause factors are or the resolution,” Wagle said. “As long as there is not agreement in the scientific community and among all the major nations for what should be done, it’s all for naught.” 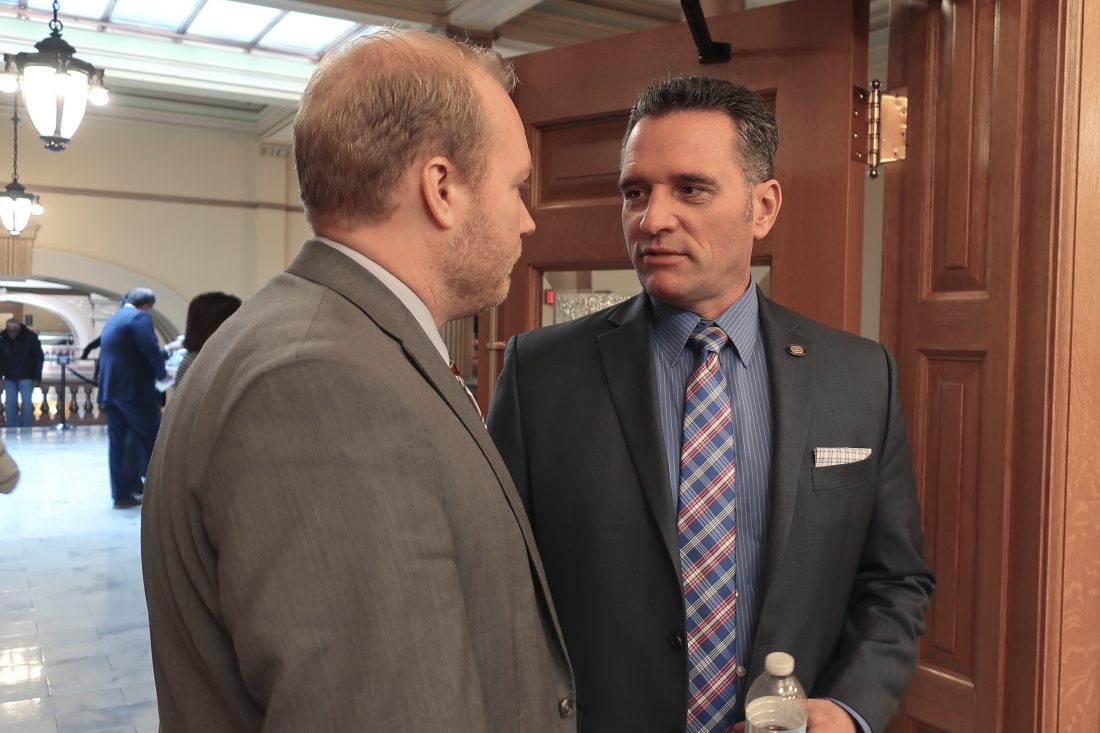