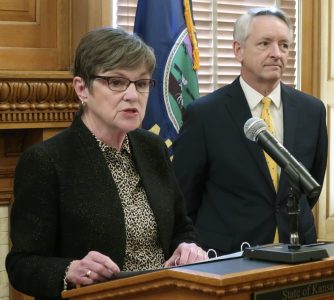 TOPEKA — A Kansas judge whose past political tweets sank his nomination for a higher court and prompted Republican legislators to call for a review of his conduct announced Friday that he will step down early next year.

Labette County District Judge Jeffry Jack said he will retire Jan. 2 from the bench in southeast Kansas and take a job as an area director for Big Brothers Big Sisters of Douglas County. He said the new job will be based in Lawrence.

Jack’s announcement did not mention his failed nomination earlier this year for the Kansas Court of Appeals, a major embarrassment for Democratic Gov. Laura Kelly during her first months in office. Asked whether it was a factor in his decision to retire, Jack said in an email to The Associated Press, “Actually, no.”

“As for the controversy over my nomination, I always recognized that as a political power play that had absolutely nothing to do with my qualifications as a judge, and I have put it behind me,” Jack wrote.

Kelly, who took office in January, nominated Jack in March to fill a vacancy on the Court of Appeals, which is the state’s second-highest court. But his nomination was doomed in the Republican-dominated state Senate within days when tweets he posted in 2017 surfaced. The Senate eventually voted 38-0 against his confirmation, forcing Kelly to nominate another candidate.

Jack’s tweets expressed support for gun control and abortion rights and criticized President Donald Trump and other Republicans, including legislators. Some included foul language or acronyms and one derided Trump as “Fruit Loops.” Jack said they represented personal opinions that did not affect his work as a judge.

But some Republican legislators argued that Jack’s tweets showed he could not be impartial. Senate Judiciary Committee Chairman Rick Wilborn asked the state Commission on Judicial Conduct in May to review Jack’s behavior to see whether he violated judicial ethics. The commission has yet to set any formal hearing in the matter.

“Today’s announcement is a win for justice and judicial integrity,” Senate President Susan Wagle, a Wichita Republican, said in a statement Friday. “The people of Labette County no longer have to appear before a politically biased judge.”

Jack has served as a district judge since 2005, when he was appointed to the bench by then-Democratic Gov. Kathleen Sebelius. Kelly will appoint his replacement after a local judicial nominating commission selects finalists from among the attorneys who apply.

Jack previously represented a Parsons-area district in the Kansas House as a Republican. He has served on his local Big Brothers Big Sisters board since 2005.

“It is at the trial court where Kansans go to resolve disputes and seek justice, and I am honored to have been able to make a contribution,” Jack said in a statement announcing his plans to retire.

Kelly was the first governor to have a Court of Appeals nominee rejected. Afterward, she nominated Sarah Warner, a Kansas City-area attorney, and the Senate confirmed her.