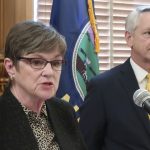 Senate President Susan Wagle predicted that Judge Jeffry Jack’s appointment to the Kansas Court of Appeals will not be confirmed by her GOP-dominated chamber. She and Senate Judiciary Committee Chairman Rick Wilborn said the nomination should be withdrawn.

Even Kelly’s chief spokeswoman, Ashley All, called the tweets and retweets on a Jack’s feed “troubling” and said the governor’s office did not know about them, despite its vetting of potential appeals court nominees. Jack has been a district judge in Labette County in southeast Kansas since 2005 and served before that as a Republican in the Kansas House.

The judge’s Twitter page, showing his picture, includes political retweets with vulgar language, a September 2017 tweet referring to Trump as “Fruit Loops” and another saying, “I am so embarrassed that he is our President.” His postings show support for National Football League players who have kneeled in protest during the national anthem. The last tweet on Jack’s feed appeared to be from October 2017.

“He’s obviously politically biased, and he just isn’t the type of personality that you want on the bench, determining judicial questions,” said Wagle, a Wichita Republican.

All said the governor’s office was looking into Jack’s tweets and retweets. Jack was in court Monday and did not immediately return a telephone message to his office seeking comment.

Kelly picked Jack to replace longtime appeals court Judge Patrick McAnany, who retired the day the Democratic governor took office in January. She said Jack’s legislative experience was an important factor in choosing him over two other finalists and said he would bring qualities including “impartiality” to the bench.

The quickly-emerging problems with Jack’s nomination were particularly embarrassing for Kelly because she took the extra step — not required by law — of appointing a panel of lawyers and non-lawyers to screen applications, interview candidates in public and name three finalists.

Questions about Jack’s social media posts also came a day after the Kansas Department of Transportation said an employee who had used an official Twitter account to criticize Trump no longer worked at the agency.

All said she could not say why the governor’s office did not know about Jack’s feed on Twitter, which still could be viewed online Monday evening.

Some of Jack’s tweets criticized Republican legislators, including Wagle. One July 2017 tweet speculated that Wagle, who is now considering a U.S. Senate bid, might seek higher office and suggested she might be “failing upward.” He described another GOP senator with a vulgar acronym in a June 2017 tweet.

“It just flies in the face of everything you want a sitting judge to be,” said Wilborn, a McPherson Republican. “I would have thought that she (Kelly) would have vetted this candidate a little more closely and the prudent thing for her to do to continue to be credible is to withdraw that nomination.”

Asked whether Jack should withdraw as the nominee, Miller said: “If these are genuine, and he asked me for advice, I would advise him to do that.”