Amyx, Smith prevail in Kansas House primaries, will square off in November 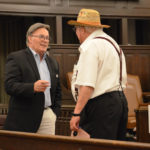 Former Mayor and Councilman Mike Amyx speaks with Paul Baker as they wait for preliminary results at the Douglas County Courthouse on Tuesday, August 7, 2018.

Democrat Mike Amyx and Republican Cynthia Smith will face off in November to represent the 45th District in the Kansas House after each claimed easy victories Tuesday in their respective primaries.

Amyx, a former mayor of Lawrence, Lawrence city commissioner and Douglas County commissioner, won with 56 percent of the vote against Aidan Loveland Koster, a Lecompton corporate administrator, and Steven X. Davis, of Lawrence. Amyx had 1,421 votes, while Koster and Davis each had 633 votes.

Smith, a Lawrence attorney who has represented Kansas City Power and Light and has worked for a number of child welfare agencies, won 57 percent of the vote in defeating retired Navy officer Ronald Thacker by a count of 1,371 to 1,050. 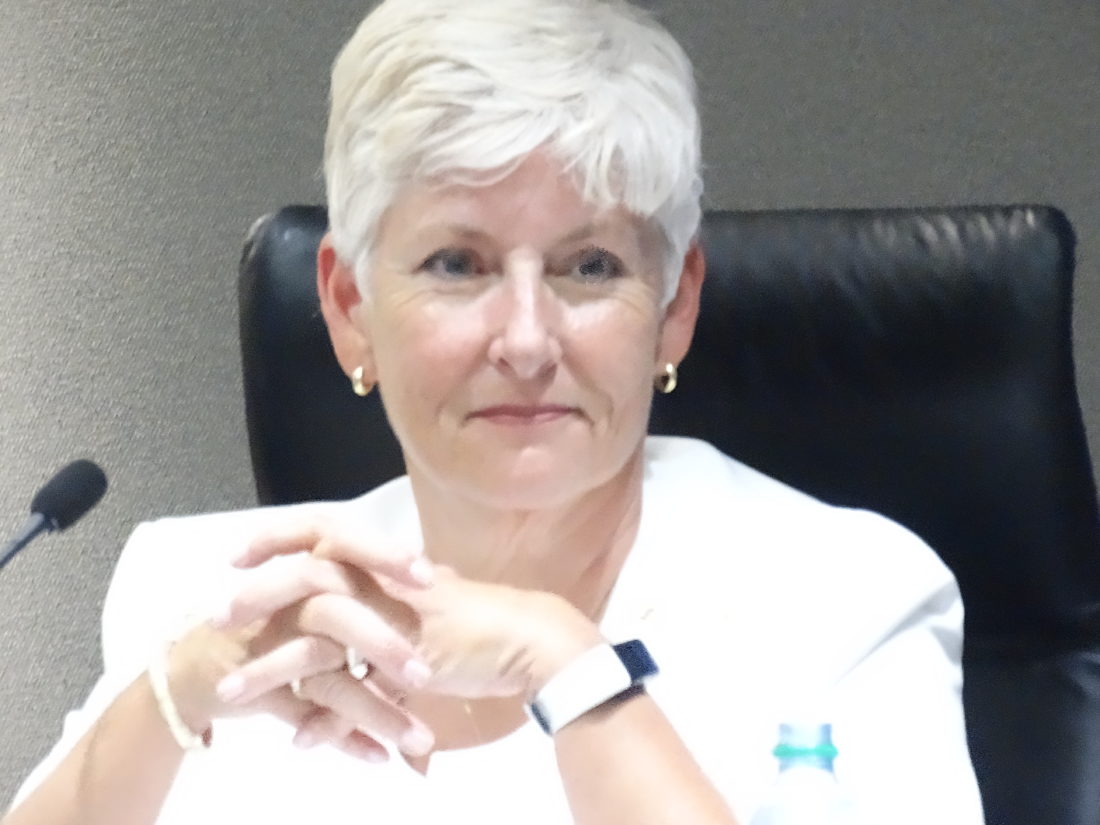 Amyx and Smith will vie for the 45th District seat that retiring Republican State Rep. Tom Sloan has held for 12 two-year terms.

Amyx said he had a name-recognition advantage in his primary race that was coupled with a record of accomplishments in a Lawrence and Douglas County political career that spans 35 years. Infrastructure would be one emphasis in his fall campaign and was an interest he shared with Sloan. If elected, he would work to assure access to quality water and the expansion to four lanes of Kansas Highway 10 from U.S. Highway 59 to Interstate 70, he said.

“That has to be a priority,” he said. “That highway is important to Lecompton, Lawrence and Eudora.”

Smith said she was pleased with the tone of her campaign against Thacker, which remained cordial despite the differences she had with her more conservative opponent. Smith said she would stress the importance of her GOP affiliation in the fall campaign.

“I think it’s important this seat remain Republican,” she said. “If Lawrence is represented by another Democrat in the legislature, we will have no place at the table in Topeka in setting the agenda.”

In a race for the Republican nomination for the 42nd Kansas House District, incumbent Rep. Jim Karleskint narrowly won against fellow Tonganoxie resident Lance Neelly. According to results posted on the Kansas Secretary of State’s Office website, Karleskint won the contest with 1,330 votes to 1,167 for Neelly. The 42nd District includes Eudora and Tonganoxie.

Karleskint, 70, a former teacher, school administrator and college professor who taught school finance at the graduate level at Baker University, said Tuesday’s contest was similar to his tight victory two years ago against then-incumbent Connie O’Brien in a GOP primary.

“It was a close race with me and a conservative, but as a moderate I did prevail,” he said. “I’m looking forward to another tough race in November. I will have another strong challenger.”

Dennis “Boog” Highberger easily prevailed in his primary contest for Democratic nomination for the 46th Kansas House District. He defeated University of Kansas student Benjamin Ferlo by a count of 2,850 votes to 396. Highberger, who will face no opposition on the ballot in November in his bid for a second two-year term, said Tuesday he would campaign this fall for fellow Democrats, including Perry in the 42nd District.

“I’m looking forward to serving with more friends in Topeka next year and having a governor who doesn’t veto everything,” he said. “There are a number of candidates I want to help.” 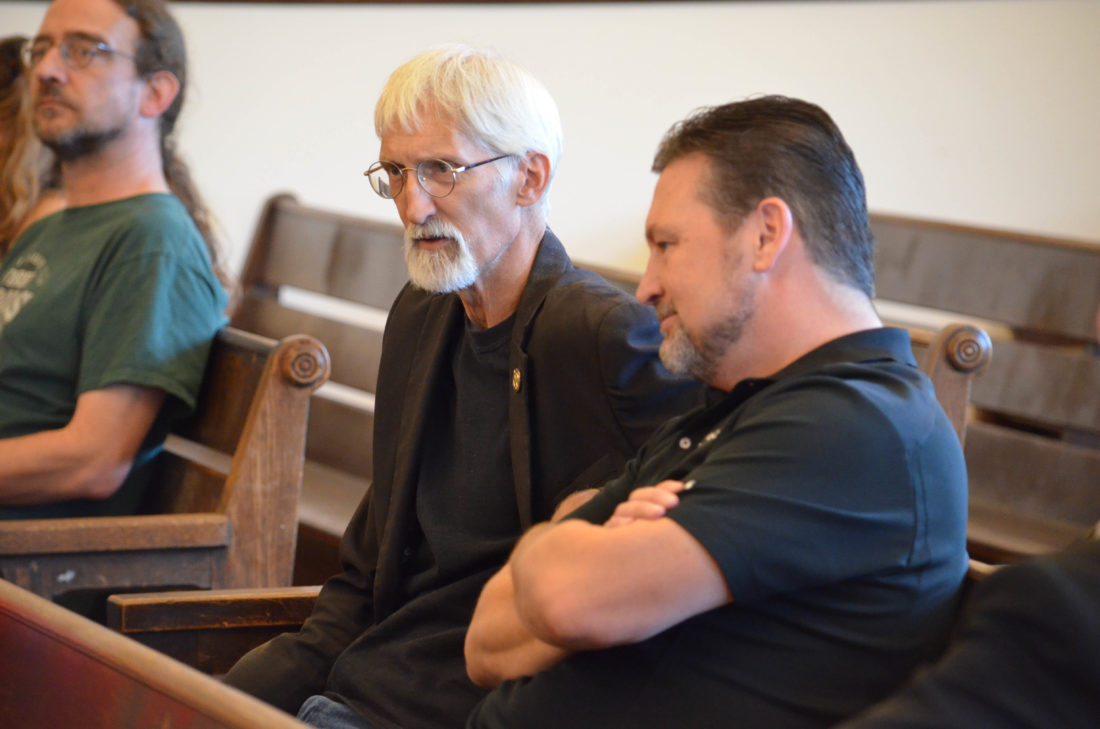