"The President's Own," United States Marine Band marches on the field before a baseball game between the Washington Nationals and the New York Mets at Nationals Park, Tuesday, July 21, 2015, in Washington. (AP Photo/Alex Brandon)

Band students at Lawrence’s Southwest Middle School recently received instruction from some of the most talented musicians in the world.

Deborah Woodall Routledge, director of bands at Southwest, said the school’s percussion, woodwind and brass players recently met with members of “The President’s Own” U.S. Marine Band, which touts itself as the country’s oldest continuously active professional musical organization.

The band, which was formed in 1798, is best known for its connection to the White House. It has performed at every presidential inauguration since Thomas Jefferson was sworn into office in 1801, and members play at hundreds of events at the White House each year, according to the band’s website.

“That left (the students) speechless because their level of expertise is amazing,” Woodall Routledge said. “These are the finest musicians in the world.” 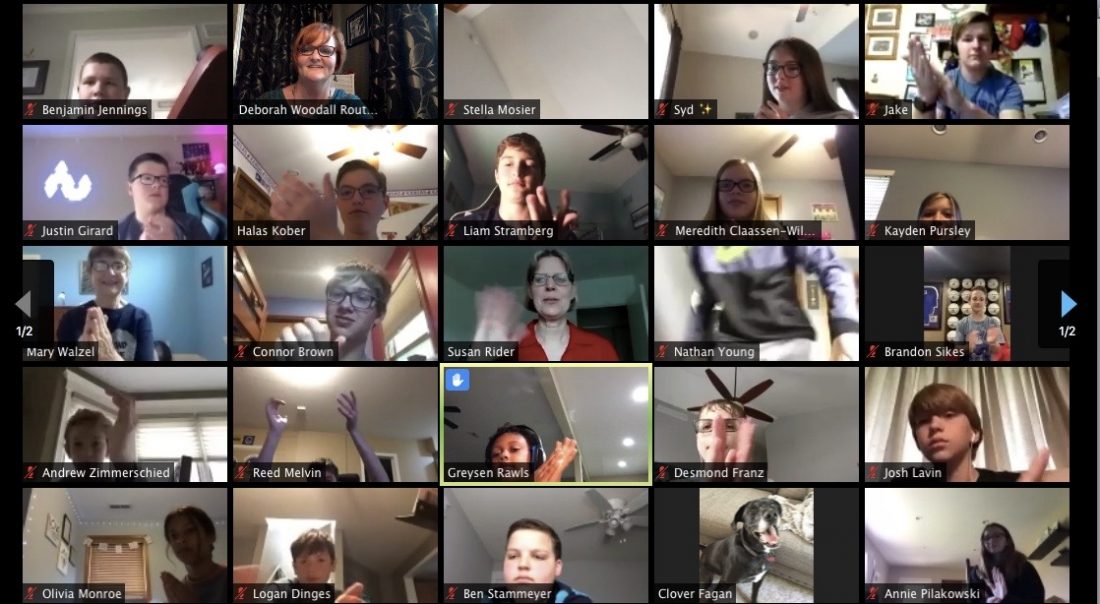 Southwest Middle School band students meet with Master Gunnery Sgt. Susan Rider, center, a trumpet player for “The President’s Own” U.S. Marine Band, in a recent online conference call. Rider provided instruction and performed for the students during the meeting.

The meeting was possible because the marine band conducts regular educational outreach programs and continued to do so during the coronavirus pandemic through virtual clinics. Woodall Routledge said she applied for some of the clinics the day she learned about them, and her students were lucky enough to be selected a week later.

Woodall Routledge said she was grateful for the opportunity, as she noticed the event sparked the students’ passion for music.

“They were approachable and not just performers, but educators, too,” Woodall Routledge said of the marine band members. “There’s an art to that — being able to bring the best out of a kid.”

While the students were able to meet with the band members, they have not been able to meet each other in person because of the ongoing coronavirus pandemic.

The students’ situation was relatable to the marine band, as they too have been unable to perform in their regular ensemble because of COVID-19. However, they told the students that they have been able to find ways to continue making music, such as collaborating with other musicians through online meetings, Woodall Routledge said.

“We’ve had this motto — ‘Keep making music’ — that’s been our motto ever since this happened,” Woodall Routledge said, referring to the pandemic closing schools. “It was reinforced by the marine band musicians because they, too, explained how they missed playing in the large ensemble, but they were being creative by not only performing music for themselves but just for joy.”

“They said keep plugging along and keep making music,” she added. 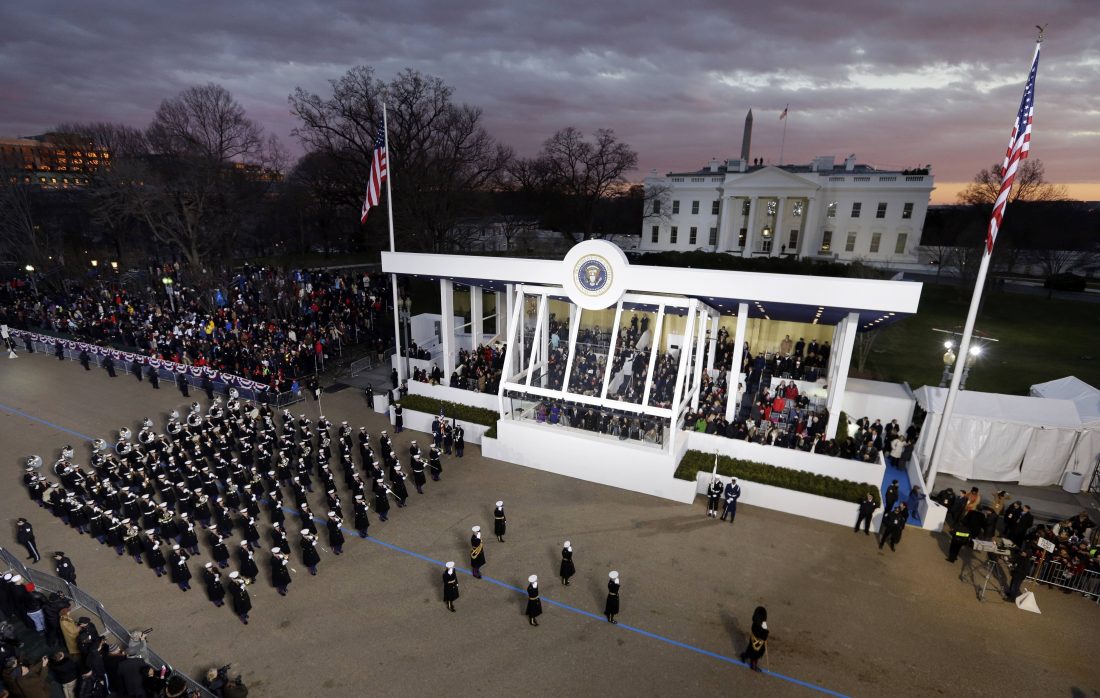 “The President’s Own” U.S. Marine Band performs while passing the presidential box and the White House during the Inaugural parade Monday, Jan. 21, 2013, in Washington. (AP Photo/Charlie Neibergall )