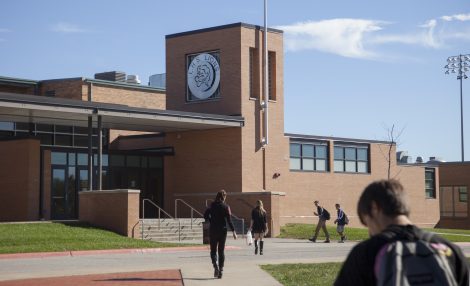 The Lawrence Lions Alumni Association will induct three women into the school’s Hall of Honor this year.

The three inductees include an internationally performing singer-songwriter, a foreign service officer, and a scholar and researcher.

The Hall of Honor aims to recognize graduates of Liberty Memorial High School and Lawrence High School who have distinguished themselves in their professions or have made significant contributions to society on a state, national or international level. The alumni association began inducting members into the Hall of Honor in 1994, and this year’s inductees will bring the total number of honored alumni to 97, said Dianna Nelson, association board member and co-chair for the Hall of Honor.

The induction ceremony and reception will be held at 2 p.m. Sunday at Lawrence High School, 1901 Louisiana St. The event is open to the public.

The 2019 inductees, and their achievements as provided by hall organizers, are:

In 2011, Carothers assisted in the evacuation of U.S. citizens from Cairo, Egypt, during the Egyptian revolution of that year. She is currently the consul general for the U.S. Embassy in Athens, Greece.

A 1994 graduate, Davis is now an internationally performing singer and songwriter, focusing on her Celtic heritage and Kansas roots.

Davis began performing throughout the Midwest at the age of 14. After graduating from LHS, she studied music at Belmont University in Nashville, Tenn., and later pursued a graduate degree from the Irish World Academy of Music & Dance at the University of Limerick in Ireland.

After her education, Davis began performing internationally and has since released six albums. She currently lives in Lawrence.

Since graduating from LHS in 1988, McElwee has pursued a career as a researcher of human ecology, specifically how humans have adapted to global environmental change.

She has served as a researcher and lecturer at several universities in the U.S., including Cornell University and Yale. She is currently an associate professor in the Department of Human Ecology at Rutgers University in New Jersey.