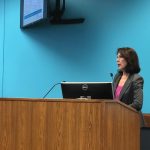 Martha Greenway, of Greenway Strategy Group, presents a proposed strategic plan to the Lawrence school board during its meeting on Monday, June 25, 2019. The board gave final approval to the plan during the meeting.

The Lawrence school district now has a strategic plan.

The Lawrence school board on Monday unanimously gave final approval to a five-year strategic plan that will kick off during the upcoming 2019-2020 school year. The plan includes five strategic themes that aim to improve academic outcomes for students.

“I’m extremely excited that we are at this point in the process,” board member Shannon Kimball said. “This is something I’ve been wanting our district to do for a very long time … I’m really looking forward to what this will do for our district as a whole.”

The board voted in January to hire Martha Greenway, of Greenway Strategy Group, to help the school district craft a strategic plan. Greenway presented the proposed strategic plan to the board during its Monday meeting.

The plan’s five strategic themes are effective and committed employees; guaranteed and cohesive curriculum; student-centered learning; social/emotional support for students; and data-informed decisions. The plan calls for several initiatives attached to each theme to be conducted within three phases.

With the school district’s budgeting process underway, board member Kelly Jones asked if the strategic plan will be considered in future budgeting processes. Although the school district expects to receive about $4 million of additional funding this upcoming school year, it may not see another increase in funds that large in the foreseeable future.

“Just like if you make a plan for a road trip, you may have a flat tire,” he said. “But the goal is you’re still going there. You have to make some adjustments or some pivots, but the destination is still the same.”

With the plan in place, the school district will next have initiative action teams explore ways to conduct the first-phase initiatives. To do so, the teams will take a look at the current state of the applicable school district program, meet with stakeholders of the program and those who would be affected by the initiative, and create a blueprint to be used over the next few years to achieve the initiative’s goal.

Greenway said she expects the first phase of the plan to take about three years, but each initiative could have varying timelines. Additionally, Lewis will have control over when initiatives will begin.

The plan also calls for monitoring and reporting to occur while the blueprint plans are being conducted. Greenway said reporting for each active initiative will come to the board throughout the school year. Lewis said the school district is also in the process of creating a website to show the public how far along initiatives are and when they are completed.

“Anyone can go online to see how we’re doing on those goals,” he said. 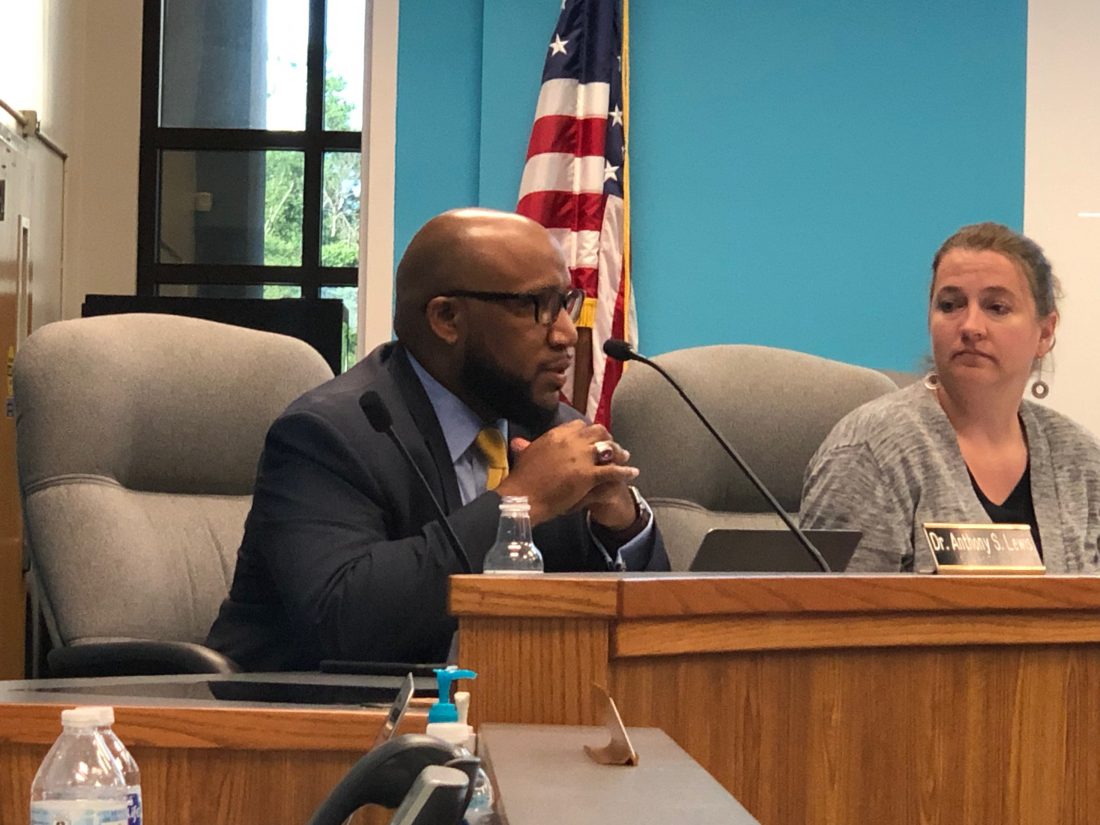 Lawrence superintendent Anthony Lewis speaks to the Lawrence school board during its regular meeting on Monday, June 24, 2019. The board approved a one-year contract extension for Lewis during the meeting.

In other business, the board unanimously approved extending Lewis’ contract to June 2022. The extension adds one year to Lewis’ current contract.

Although the board members did not discuss Lewis’ performance during the meeting, they enthusiastically approved the contract extension.

“We look forward to many more years,” Beeson said.

Julie Boyle, district spokeswoman, previously told the Journal-World that a possible change to Lewis’ salary was not part of the contract extension because staff salaries were considered during the school district’s negotiations process. Currently, Lewis earns $215,000 annually.