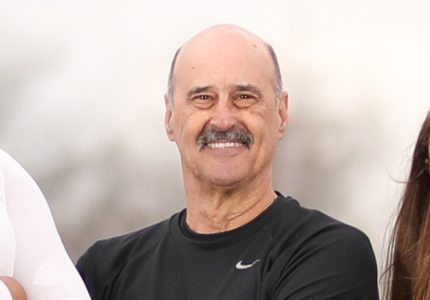 Ebel, who was the Journal-World’s All-Area Coach of the Year in 2019, said Monday that the school district’s administration recently removed him as head coach of the team. The midseason move came because of a “philosophical difference” between him and the administration, he said.

“When you are in this profession long enough sometimes philosophical differences occur, and that’s basically what happened,” he said. “We ran into an impasse on some things on how the program should progress.”

However, Ebel said people have made allegations about him and his coaching that he said were not true, alluding to rumors that he had made inappropriate comments to the team’s athletes. The Journal-World could not verify what those comments were.

“There were comments made about myself that were inaccurate, taken out of context and some that were of complete fabrication,” he said.

“In my mind, it was nothing that was ever inappropriate,” he added, referring to the rumors. “There were coaching comments.”

Superintendent Steven Splichal and Eudora High Athletic Director Cara Kimberlin both confirmed that Ebel is no longer the head coach of the team. Both said they could not share any details about the coaching change because it is a personnel matter.

Additionally, when asked by the Journal-World, they said that the matter does not require an investigation by outside agencies or law enforcement.

“This is not a police matter,” Splichal said.

In place of Ebel, Brandon Parker will serve as the team’s interim head coach. Parker is a physical education and health teacher at Eudora Middle School, according to the school district’s website.

Ebel was in his fifth season as coach of the team. The team currently has a 4-1 record and is No. 7 in the state’s Class 4A rankings.

Last season, Ebel led the team to a 16-6 record and an appearance in the state tournament, which was the team’s first appearance in a decade. Last season was also the first time the team had back-to-back winning seasons since 2009.

Although he is no longer the coach in Eudora, Ebel was complimentary of the school district and its community.