Lawrence school board to consider joining lawsuit against e-cigarette company 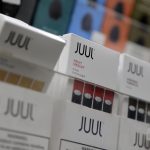 The Lawrence school district may take legal action against an e-cigarette company for its role in what the board considers to be an epidemic in schools.

The school board on Monday will consider joining a lawsuit against Juul, a large e-cigarette producer. The lawsuit aims to recoup money the district says it has spent on education, enforcement and monitoring to minimize vaping at school.

Many other school districts — including several in the Kansas City area — and state governments are pursuing lawsuits against Juul for its marketing practices. The lawsuits argue Juul’s marketing has targeted teenagers who are not legally allowed to use tobacco products, according to multiple media reports.

The district would not pay any attorney fees unless it recovers money as a result of the lawsuit, according to the proposed contract.

In other business, the board will consider pushing back the start time for high schools next year.

After a discussion on the topic during its meeting on Nov. 25, the board came to a general consensus to consider an option to change the start times at Lawrence and Free State high schools from 8:05 to 9 a.m. for the 2020-2021 school year. The board directed district staff to bring additional research on the proposed start time change and a recommendation for the board to vote on during its Monday meeting.

The school district has been investigating for several years the issue of students starting later in the morning so that they could be better rested.

Its current investigation into the possibility began in 2018. After almost a year of research, the school district found that parents and students preferred moving the start time from 8:05 to 8:30 a.m., but faculty preferred the current schedule.

The split in preference led to the district spending another year on the issue with the creation of the Late Start Time Implementation Committee in early 2019.

Normally, the high school day runs from 8:05 a.m. to 3:10 p.m., with a few classes held during a 7 a.m. “zero hour.” As an exception for the current school year, classes actually begin at 8 a.m. rather than 8:05 a.m. That change was made to add extra classroom time after construction delays at Lawrence High School caused the start of the school year to be pushed back.

The board will also meet for a work session to discuss alternative education opportunities to help increase the academic success of students.

The board will meet at 5 p.m. Monday at the district offices, 110 McDonald Drive. Full agendas can be found on the district’s website, usd497.org.