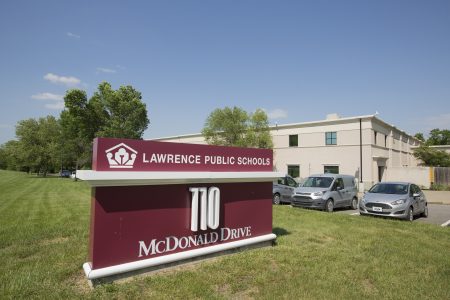 The Lawrence school district and the local teachers union have reached a tentative agreement that increases teacher compensation by a little more than $1.9 million.

Megan Epperson, co-lead negotiator for the Lawrence Education Association, told the Journal-World Monday that the tentative agreement will now be handed over to the union’s membership and the Lawrence school board, both of which will consider voting on whether to ratify the agreement.

The school board will receive a report on the tentative agreement during the Aug. 12 meeting, she said.

The $1.9 million package is about a 2.4% increase for teacher compensation compared to the 2018-19 agreement, said David Cunningham, executive director of human resources for the school district.

The agreement calls for an increase of $218 in base salaries. It also allows for teachers who qualify to receive a salary increase through a step up on the school district’s pay scale, which offers certain salaries based on the teacher’s experience and continued education, such as earning a master’s degree. Additionally, teachers who qualify for a second step on the pay scale will receive it halfway through the school year to make up for not receiving one last year, Cunningham said.

The agreement also calls for adding supplemental stipends for teachers with certain additional assignments, such as coaching teams in athletics or activities.

The overall $1.9 million package in the agreement surpasses the available funds the Lawrence school board currently has available for teacher compensation, Kathy Johnson, executive director of finance for the school district, told the Journal-World on Monday.

During the board’s July 22 meeting, Johnson said only about $1.4 million would be available for the teacher compensation negotiations. Board member Jessica Beeson called the number “a wrench in the process” because the negotiation teams were discussing a package between $1.4 and $3 million at the time.

To make up for the difference, the board will need to make cuts to the proposed budget during its meeting on Aug. 12, Johnson said on Monday.

The school district expects to receive about $4.3 million in new revenue during the 2019-2020 school year. The additional funding is generated from about $4 million from the Kansas Legislature and $300,000 from local property taxes.

With the new funding, the school board gave initial approval to the 2020 fiscal year budget, which expects to spend about $105.4 million and is about $4.3 million more than last year’s $101.1 million budget, according to board documents.

Of the new funding, about $2.5 million was already allocated to certain spending, including a $1.5 million allocation to cover last year’s deficit spending, Johnson said in early July. That left a little more than $1.7 million of funds not allocated to anything.

However, the funding toward deficit spending came in higher than expected, at about $1.8 million, which left only about $1.4 million for teacher negotiations, Johnson said during the July 22 meeting.