As new school year nears, some Lawrence parents fear that elementary classes are too large 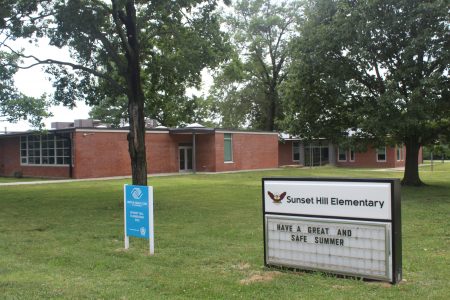 As the new school year approaches in Lawrence, some parents of students at Sunset Hill Elementary are fearing another year of their children being in a classroom with too many students for an optimal educational experience.

Although some Lawrence school board members have said reducing the student-to-teacher ratio is a priority, finding solutions to help alleviate the issue won’t be easy and may take time.

Sunset Hill, 901 Schwarz Road, is expected to have two fifth grade teachers educating about 58 students during the 2019-20 school year, which is 29 students in each classroom. That total leaves room for one more student to be added to each class before they reach the school district’s threshold to hire a third teacher, according to records the school district provided to the Journal-World.

But Laura Mielke, whose daughter will attend fifth grade at Sunset Hill this fall, told the Journal-World she thought the threshold was too high and that the district should hire a third teacher before the threshold is hit or look into alternatives that would help reduce the workload for teachers. She said she originally brought up the issue last year when her daughter was in fourth grade at Sunset Hill, which, according to school district records, had 55 students in two fourth grade classes.

“I believe that a lower (student-to-teacher) ratio allows the teacher to address students’ needs more effectively,” Mielke said. “The more students in the classroom, no matter how talented a teacher is, the less a teacher is able to offer that support for each student.”

Mielke is one of two parents who asked the Lawrence school board during a recent meeting to consider taking action on the issue. The other parent, Tom Hegeman, not only has a son in the fifth grade at Sunset Hill, but is a teacher for the school district at West Middle School.

During the meeting, Hegeman said all three of his children attended Sunset Hill last year and they all enjoyed the school. One of the only downsides is the class size for his son, he said.

“As a teacher I can say I know there is a difference in a large class size,” he said. “I just wanted to speak on behalf of all of those fifth grade students … and say please consider adding another teacher.”

The school board members did not immediately respond to the requests during the meeting. Mielke said Melissa Johnson, board president, reached out to her the next day but did not commit to making any immediate changes.

“I am frustrated that this was an issue last year and will continue to be an issue this year,” Mielke said.

Sunset Hill is not the only elementary school facing large class sizes. In an April report, the school district projected Broken Arrow and Langston Hughes schools will also have fifth grade classrooms with either 29 or 30 students, according to school district records. Additionally, kindergarten classes at Deerfield, Quail Run and Sunflower schools are all projected to be at the threshold of 25 students in each classroom.

Class size at the elementary level is not a new problem, and the school board believes the issue is a priority, Johnson recently told the Journal-World.

“We know that there are grade levels within schools that are close to the threshold, and they are being monitored carefully,” Johnson said. “I believe the district board has and will continue to make the best decision possible at the present time.”

Board members Kelly Jones and Shannon Kimball both told the Journal-World that the issue was a priority for them as well. But as is the case for most issues in public education, the biggest obstacle the school board faces is money, they said.

“I think for districts across the country, having optimal class sizes is a priority,” Jones said. “The challenge is being able to fund at the level of class size that you want to keep it at. … When funding supports it, I absolutely believe it’s a budget priority, a student priority (and) a priority for keeping teachers in terms of retention.”

This year, the school district received an increase of about $4.3 million of funding, with $4 million coming from increased state funding and about $300,000 coming from increased revenue collection from local property taxes. But much of that spending was already allocated when the board gave initial approval to the 2019-2020 budget in July. The board will consider giving final approval to the budget Aug. 12.

Of the new funding, about $2.5 million was already allocated to certain spending, including a $1.5 million allocation to cover last year’s deficit spending, Kathy Johnson, executive director of finance for the Lawrence school district, said in early July. That leaves a little more than $1.7 million of funds not currently allocated to anything, but the school’s administration is currently negotiating a teachers compensation package for the 2019-2020 school year that will likely take all of the remaining unallocated funds.

Johnson, Kimball and Jones all pointed to a board committee that will be reviewing the district budget throughout the next school year to try to find ways the district can be more efficient with spending and make cuts to programs that are not achieving intended goals. They hope the review will help the board identify ways to free up some money that can be used to address class sizes, among other priorities.

Kimball said the most obvious way to address the issue would be to hire more teachers and to increase the number of “contingency” teachers — teachers who are hired but aren’t assigned a grade level until the district assesses class sizes and identifies the greatest need.

“At the end of the day, in order to reduce class size, we have to find dollars to hire more teachers, and that’s the real challenge,” Kimball said. “Any changes we want to make, any additions of staff we want to make, are really going to need to come from cuts from somewhere else. How we approach that is going to be an ongoing discussion.” 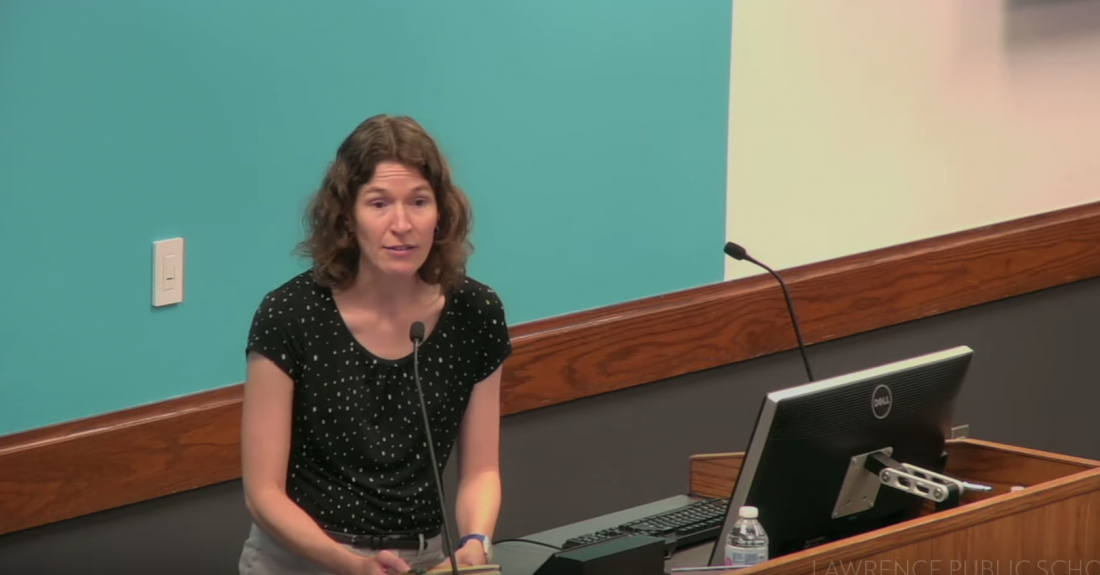 Lawrence resident Laura Mielke speaks to the Lawrence school board during its meeting on July 22, 2019. Mielke is one of two parents who asked the school board to add a third teacher to the fifth-grade level at Sunset Hill Elementary School.

Mielke repeatedly told the board members during the meeting that she knew the school district was under a tight budget and likely could not add more teachers, but she also told the board she thought alternatives existed to help alleviate the stress of a crowded classroom.

Johnson and board member Rick Ingram said they appreciated Mielke bringing the alternatives to their attention. Johnson said the board should research them as a possibility in the future.

In the meantime, the district offers parents the opportunity to move their children to a less crowded school, Johnson said, although the district does not provide transportation for those students.

Additionally, Ingram noted the school board has another committee assessing each school’s boundaries, which could lead to the board reconfiguring the district map to help disperse students more evenly. Johnson, who is on the committee, said that would be difficult as the board has often heard from the community that it enjoys its elementary schools serving its nearby neighborhoods.

“Boundary changes are never easy, but to the extent that we can balance things a little bit, hopefully down the road we can address some of those situations,” Ingram said.