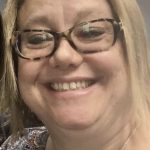 Barbara Williams, assistant principal at Liberty Memorial Central Middle School, plans to resign effective June 30 to “pursue other professional opportunities,” according to a news release from the school district.

Williams served as a teacher, learning coach and coordinator for AVID, Advancement via Individual Determination, for five years at Lawrence High School prior to taking on the administrative role in 2017, according to the release.

“I learned something new each day, and I have treasured the time I have spent with our students, staff, and families,” Williams said in the release.

Her resignation is pending school board approval. The district will immediately begin a search to fill the position, according to the release.