Even the plates are homemade: Culinary and ceramics students collaborate on special meal 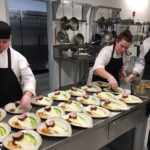 As the first course was being served, Lexi Dutcher said she couldn’t wait for dessert.

Not that the Lawrence High School junior had a sweet tooth; she was just excited to see how the amaretto-chocolate torte prepared by the advanced culinary class would look on the triangle-shaped plates she helped design and create in her advanced ceramics class. 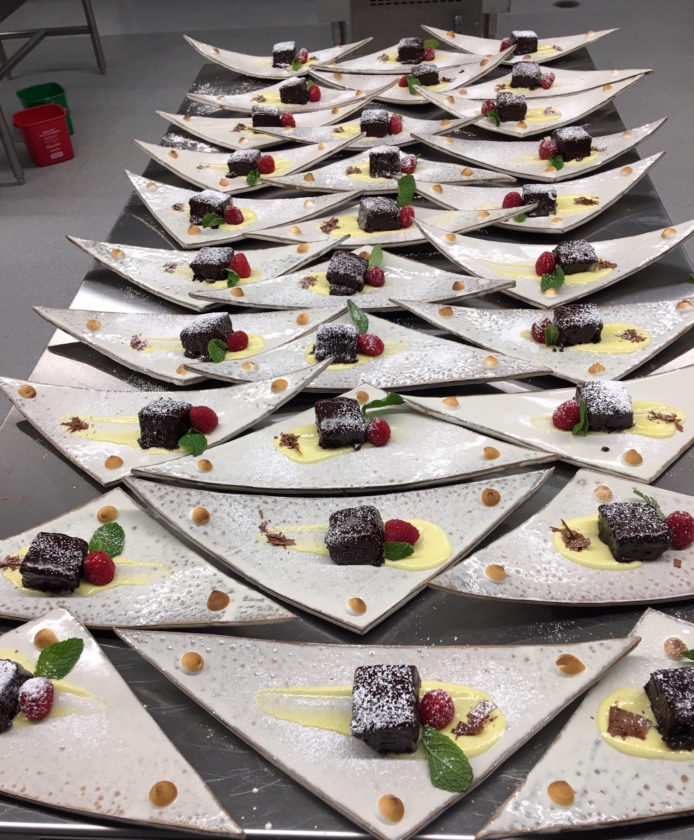 The project originated from something Deena Amont, an LHS art instructor, had heard about a professional chef preparing a meal specifically for tableware made to match the menu.

Amont brought the idea to Rick Martin, a Lawrence chef who teaches the Advanced Culinary Arts class at the College and Career Center. Together, they adopted the idea for her ceramics students and his culinary students.

Earlier this semester, the two groups met and began brainstorming ideas, critiquing prototypes and evaluating the aesthetic and practical aspects of the designs, Amont said.

Together, the students took into account the shapes, sizes, textures and colors that would complement the food in an aesthetically pleasing way, Amont said. Then back in the art classroom, they spent a week making prototypes, paying careful attention to not just looks but also to practicality — could the plate hold a sauce?

“It was a great lesson in design and problem-solving,” Amont said.

Meanwhile, the culinary students began working on a menu that would complement the shapes of the plates. In the kitchen Thursday, their faces were flushed as they focused on presentation while quickly arranging the food — a mint leaf here, a raspberry there. Then it was lunchtime.

Culinary students, dressed in white, served the ceramics students — and not one dish was broken.

As ceramics student Elaine Greene ate her salad, she noted that the food had more flavor than her typical school lunch.

The three-course meal on the newly created dishes began with shrimp medallion on winter salad with crispy onions and vinaigrette served on rectangular plates. The main course of grilled pork tenderloin, with jeweled vegetables, demi-glace, pea coulis and mashed potatoes was served on plates shaped like a redbud leaf.

The dessert plates were triangles. 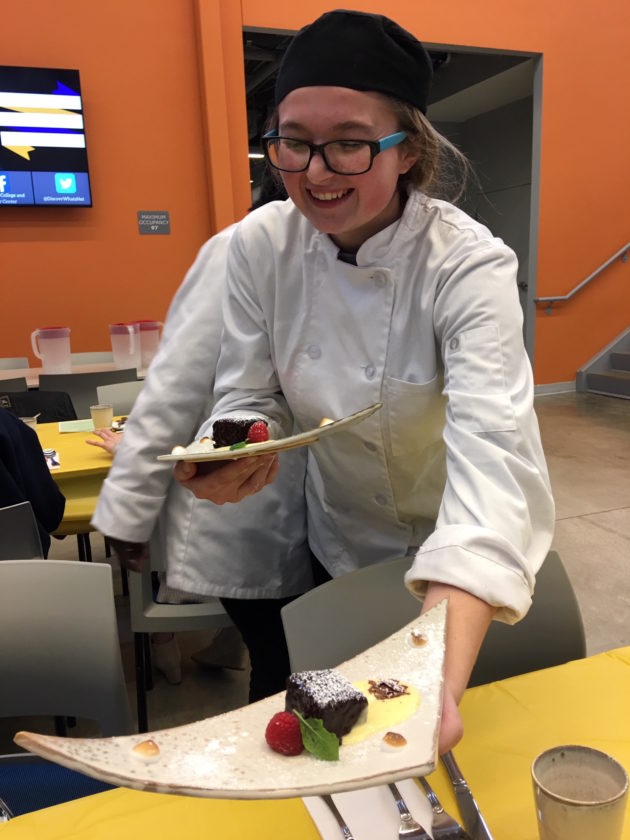 Bradie Barnes, a Lawrence High School junior enrolled in the Advanced Culinary Arts class at the College and Career Center, served dessert to the students who made the plates for the meal, on Thursday, Dec. 13, 2018.

The ceramics students had worked in groups, each creating four plates.

Mikayla Kaufman, an LHS senior, said it was her idea to make the dinner plate like a fall leaf.

“The challenge was trying to make them look identical,” Kaufman said.

“They did an amazing job collaborating,” Amont said. And they learned to think outside the box; plates don’t need to be round.

“I never saw a group rock it as you guys did,” Martin said after the meal. “I have been in the food business since I was your age, and I never did something like this.”

Martin has been an executive chef for 20 years. He said he had never made food specifically for handmade plates. 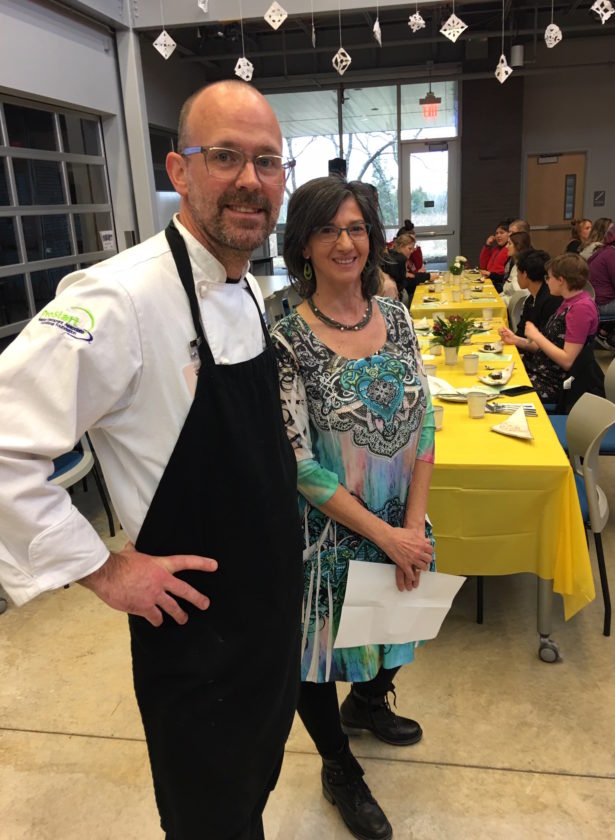 Chef Rick Martin, instructor of the Advanced Culinary Artsclass at the College and Career Center, and Deena Amont, art instructor at Lawrence High School, had their students collaborate on a project where the culinary students prepared and served a lunch on plates made by the Advanced Ceramics students on Thursday, Dec. 13, 2018.

Martin’s students planned the menu together, finding all the recipes and cooking everything from scratch.

Amont appreciated the realistic experience the students gained from the project.

“High school students work individually,” Amont said. “But in the professional world, you learn from collaboration and team building.”