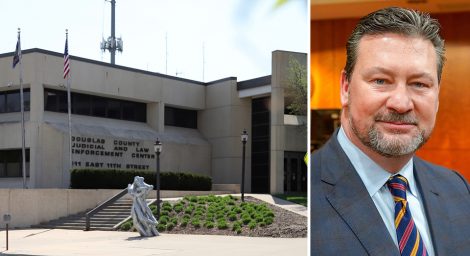 The longtime incumbent Douglas County district attorney said he believes his experience and leadership are needed to “work within the system” to create change.

Charles Branson, 50, has not faced a challenger since he was first elected in 2004, even in a primary. In the upcoming Aug. 4 primary, he already had two challengers before he filed this week to run for reelection.

Branson said that when he first took office in 2005, he transitioned the DA’s office from what he saw as one that processes cases into one that solves problems.

Fifteen years later, “As a society, we’ve become more aware of the disparities in our systems and our office has to continue to make changes to adapt to these expectations,” he said.

One way he’s trying to make that happen is by joining GARE, the Government Alliance on Race and Equity. Douglas County became a member of the national network of governments that aim to advance racial equity and increase opportunities earlier this year.

Branson said his office is using the GARE toolbox to examine policies and programs in the office to make sure that team decisions don’t have disparate impacts on any minority or segment of the population.

“In general, a restorative justice program is a program based in the community that brings offenders, their victims and the community together to collaborate on how the offender can best be held accountable for their actions and repair the harm that their behavior has caused,” he said. “It’s designed to be a community program that is sponsored by our office but led by community leaders outside of our office to give the community better control of outcomes of cases, hopefully increasing community satisfaction with case outcomes.”

Branson said he thinks a big issue facing the local criminal justice system is the continued need to be innovative. He pointed to programs established in the county within the last three years, including behavioral health court, drug court and the enhanced women’s substance use diversion program through his office, which aims to get women out of jail and into wraparound treatment services.

All three of those programs allow defendants avenues to address their underlying issues and avoid creating criminal records that can follow them for the rest of their lives, Branson said.

“I think continuing to examine ways for us to continue to advance equity within our system is one of the major things that we are looking at and that we have to concentrate on doing,” he said.

He also said that programs such as pretrial release and bond supervision have “virtually eliminated” cash bail in the community. He noted that there is still cash bail for serious offenses and those who have records of failing to appear for court.

“But for the most part, most people are able to be released from jail on bond supervision and pretrial release without having to post a cash bond,” he said. “This makes the system much more equitable for minorities and the poor, and it levels the playing field for people that get involved in the criminal justice system.”

Branson said he thinks some criticisms leveled at his office are either uninformed about the programs and policies in place, “or they’re statements made to simply mislead the voter into thinking there’s something wrong.”

For instance, he pointed to diversion agreements, which are generally available to first-time offenders charged with low-level crimes and allow those individuals to avoid prosecution if they successfully complete programming. He said his office has varied diversion programming, and that it has averaged more than 200 diversions a year for the last three years.

Asked for his thoughts on whether voters are concerned that an incumbent might become complacent, Branson said his office’s record shows that it is not a stagnant or complacent office.

“We have achieved more in the last three years than most jurisdictions try to achieve during somebody’s term,” he said. “We have an incredible success rate on our programs. We have innovative programs that have been copied around the state.”

Two other candidates, Cooper Overstreet and Suzanne Valdez, have also filed to run as Democrats in the Aug. 4 primary. For more information about voting and what other offices are on the ballot, visit douglascountyelections.com.

The Journal-World will cover each candidate who files to run for Douglas County district attorney and their views on key issues as the Aug. 4 primary election draws nearer.