Lawrence police spokesman: Officers acted quickly in situation that ‘could have easily ended in tragedy’ 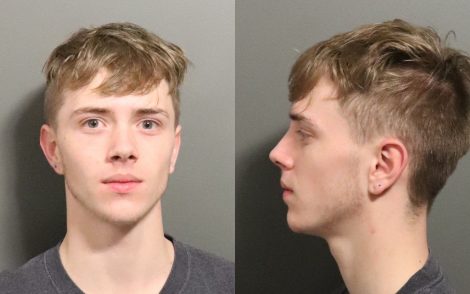 A spokesman for the Lawrence Police Department said Wednesday that officers acted fast to prevent what could have been a tragic incident last month.

As the Journal-World reported Tuesday, Lawrence police officers Joshua Doncouse and Ian McCann stopped a man who they believed was readying an AK-47 to shoot at crowds in one of the city’s most popular bar districts in the early hours of Friday, Feb. 28, according to court documents.

Dayson Gage Kelley, 18, of Topeka, was charged in Douglas County District Court on March 3 with two counts of aggravated assault on law enforcement officers and one count of possession of a firearm by a convicted felon, all felonies.

LPD does not generally discuss investigations that have gone to the Douglas County district attorney’s office for charging consideration and prosecution; therefore, department spokesman Patrick Compton said via email Wednesday that it “wouldn’t be prudent for us to discuss the details.”

“However, based on what is in the affidavit, in this situation, police acted quickly and prudently to avert a situation that could have easily ended in tragedy,” Compton said.

The officers allegedly witnessed Kelley engage in a verbal altercation and shortly thereafter take a loaded semi-automatic rifle from the trunk of a Toyota Camry, according to the police affidavit supporting Kelley’s arrest. The alleged incident took place in a parking lot near three bars close to the intersection of 14th and Ohio Streets, commonly nicknamed The Wheel, The Hawk and The Bull.

When the officers told Kelley to drop the weapon, he did not, the affidavit alleges. They believed Kelley “was tactically seeking cover and was preparing to engage (fire the weapon) at Affiant and Officer McCann, or at the crowd” of patrons exiting the bars, Doncouse wrote in the affidavit. When the officers intervened, Kelley allegedly crouched, got into the Camry and appeared to get out unarmed; they determined later from video surveillance that Kelley had thrown the AK-47 into the grass nearby, according to the affidavit.

“Police priority in any situation involving a firearm in public is to preserve life, and anytime officers are in areas where large groups of people are present, they become hyper-vigilant and focused on potential catastrophes,” Compton said. “Our goal is to ensure the safety of the community and our officers, and anytime we’re able to accomplish that is a good day.”

Kelley was released from the Douglas County Jail March 11 after posting $50,000 surety bond, documents in his court case indicate. Jerry Wells, Kelley’s appointed attorney, told the Journal-World Tuesday that he and his client had no comment at this time.