Lawrence man pleads no contest to 17 counts, is convicted in string of burglaries 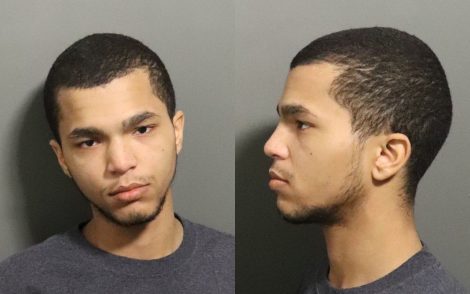 A Lawrence man was convicted Monday in a string of home burglaries, auto burglaries and auto thefts reported between Nov. 20 and Nov. 25.

Dandre M. Cordray, 19, pleaded no contest and was convicted in Douglas County District Court of 14 felonies: five counts of aggravated burglary, five counts of theft and four counts of burglary of a motor vehicle, plus three counts of misdemeanor theft.

Prosecutors had offered a plea agreement, but Cordray turned it down. Through the agreement, Cordray could have pleaded to three counts of aggravated burglary, and the state would have dismissed the remaining charges. The parties would have agreed to recommend a 41-month prison sentence, though the judge would not be bound by that recommendation.

However, the plea deal would not have allowed Cordray to ask the judge for leniency or departure from the presumed prison sentence he faces. His pleading to all counts will allow his appointed defense attorney, Shaye Downing, an opportunity to do so without as big a gamble as continuing the case could have brought.

After the hearing, Downing said that she thought Cordray had some special circumstances in his case and that she needed the opportunity to ask the court to consider something other than prison. That would not have been possible through the plea.

As is standard during court hearings on plea agreements, Judge Amy Hanley asked Cordray whether he had a history of mental illness and whether he was currently suffering from mental illness that could have affected his decision-making abilities during Monday’s hearing.

Cordray said he had been hospitalized for anger and depression issues about five times “when I was in the system.” He said he was diagnosed with multiple disorders and was prescribed medication. But after he aged out of foster care, he lost his insurance, and he said he couldn’t remember the last time he had his medication.

He said that recently drugs and alcohol had been a bit of a problem for him but that he was not under the influence Monday.

Hanley said she wanted to make sure he understood what he was doing and that he’d had time to think about it. Cordray said he had; he understood the plea, and “even asked questions” when he discussed it with his attorney.

To establish a basis for the conviction, Chief Assistant District Attorney Eve Kemple went over the allegations against Cordray in court. Kemple said Cordray had entered four homes by first breaking into cars and using their garage door openers.

Cordray voluntarily agreed to speak with officers, and he had waived his right to remain silent or request an attorney. He reportedly told police that he and another teen had committed several crimes together. Kemple said Cordray had gone for a ride with detectives and pointed out the houses he and, allegedly, the juvenile had hit.

Cordray was accused of stealing items such as money, sunglasses, wallets, electronics, jewelry and tools, plus two Hondas and a Ford truck. Most of the locations listed in the charges against Cordray are in the area of Bob Billings Parkway and Inverness Drive.

Kemple said that in one incident, the resident of one of the homes woke up and found Cordray in his kitchen. In another, a woman told police that her daughter had woke up during the night of Nov. 25 and found her bedroom door open, but it had been closed when she went to sleep. Several items were missing from the home.

Some of the victims will wish to speak at Cordray’s sentencing hearing, Kemple said; the families were “very traumatized” by what had happened.

Hanley set the sentencing for Feb. 26. Downing said she would request drug and alcohol and mental health assessments for Cordray in the meantime, and she plans to file a motion to ask the judge to depart from the standard sentencing guidelines. She said there was also a matter pending in family court that could be pertinent.

Downing said after the hearing that at any time before the court had accepted a plea and convicted Cordray, the state could have severed the charges rather than charging Cordray with all 17 counts in one case. If he was then convicted in multiple cases, Cordray’s criminal history score would have increased with each conviction; by the final aggravated burglary conviction, Cordray could have faced upward of 25 years in prison altogether.

She said she’s seen that happen before.

“It makes me sick to my stomach, to be honest,” Downing said. She said she believed a series of events had led Cordray to where he was. But at 19 years old, Corday will now have the worst criminal history someone can have, and “he’s got a lot of life to live,” Downing said.

But by pleading to all the charges at once, and if an investigation finds that Cordray’s criminal history score is what Kemple and Downing told the judge they believe it to be, Cordray most likely faces a maximum of 86 months, or just more than seven years, in prison. However, Downing is hopeful that the court will consider an alternative to prison.

Cordray has remained in custody of the Douglas County Jail since his arrest Dec. 29, but he was being held on $50,000 cash or surety bond. On Monday, that bond was revoked, and he will be held pending sentencing.