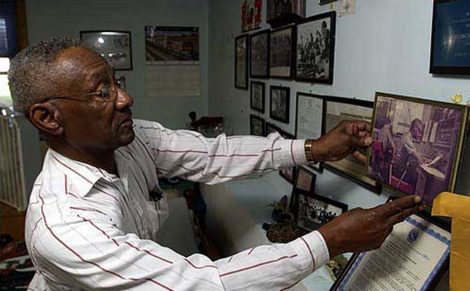 In this file photo from October 2004, Verner Newman, a retired Lawrence Police captain, takes a closer look at some of the pictures and mementos from his days on the police force.

He started as a traffic officer in 1954, and remembered pacing Massachusetts Street, directing traffic after a snowstorm and “freezing my hoo-hoo off,” he told the Journal-World in 2004.

When a position opened up to work in a car with a partner, the white officer refused to work with Newman.

Despite this racial prejudice from coworkers and backlash from members of the black community for working in an organization they saw as an extension of segregationist laws, Newman served in the police department for 26 years.

Newman, 89, died on Jan. 30 of natural causes in his home in Lawrence. A wake will be held from 3 to 7 p.m. Monday at Victory Bible Church, 1942 Massachusetts St., and a funeral service will be held Tuesday morning at 11 a.m. at the church. 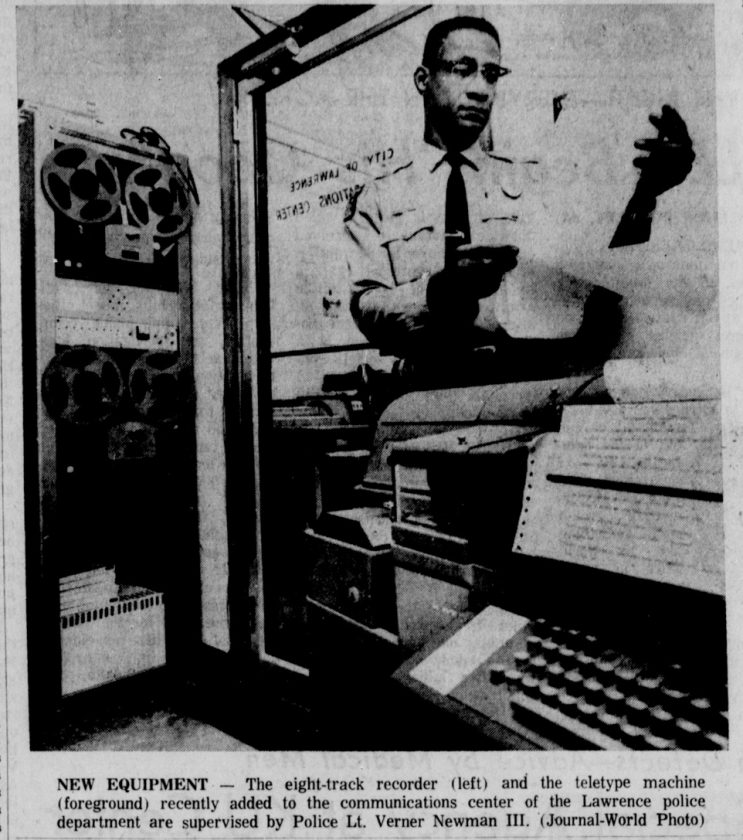 Verner Newman III is pictured in this Dec 12, 1968 edition of the Lawrence Daily Journal-World.

Myrone Grady, a black sergeant with the Lawrence Police Department, said Newman was an inspiration to him.

“To be the first one to persevere through that — he paved the way for myself and countless others behind him,” Grady said, adding that Newman “let people in this community who look like me … know there’s a place for them.”

Newman was born and raised in Lawrence. He attended the University of Kansas for less than a year before eventually dropping out and enlisting in the Navy, where he served for four years. He served in the Korean War and was a combat veteran. 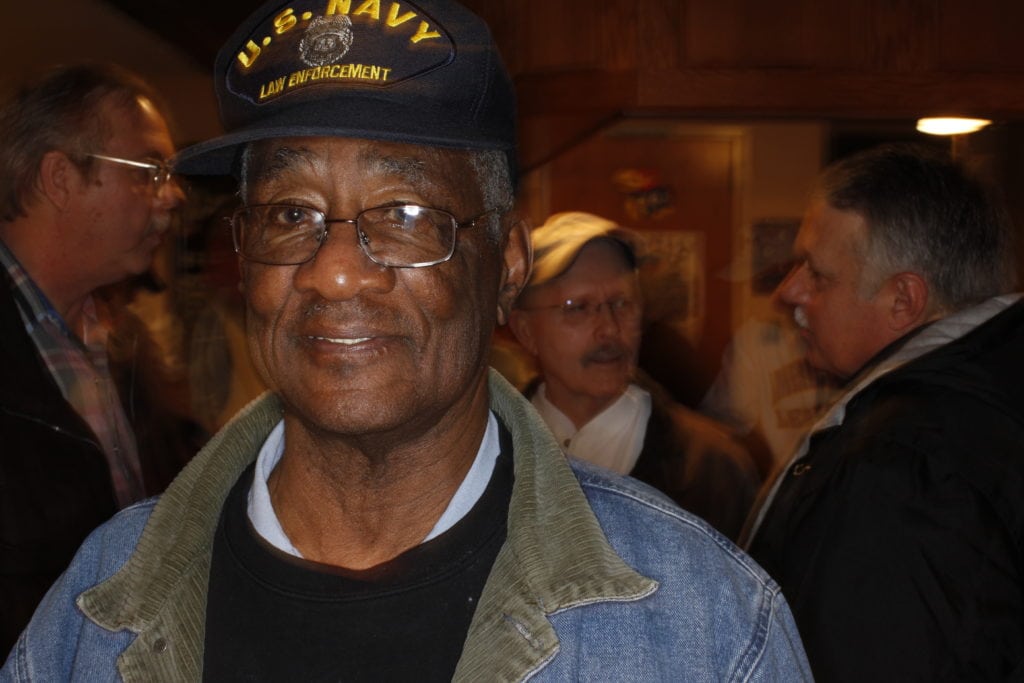 Verner L. Newman III was a captain specializing in techniques for forensic investigation in the Lawrence Police Department. He joined other retired police officers in February of 2009 for an annual gathering at the Lawrence American Legion.

He met his wife of 65 years, Kathryn Newman, in September of 1952 and took her to the Topeka Fair.

“Everybody wanted to know who this man was that I was with,” Kathryn remembered. The two married less than two years later, on June 21, 1954, just one month after Kathryn graduated from high school.

Newman joined the police department later that year, and he worked up the ranks from traffic officer, to police officer, to sergeant, to lieutenant and eventually to captain. He specialized in techniques for forensic investigation, and said in a 2015 Journal-World article that he taught himself fingerprinting and cartography.

“Everybody said he was tough but fair,” his son, Verner Newman IV, said.

His daughter, Rebecca Murphy, said that he was remembered as a compassionate and kind officer who would talk with people “doing something they shouldn’t be doing” and tell them to “get home.” 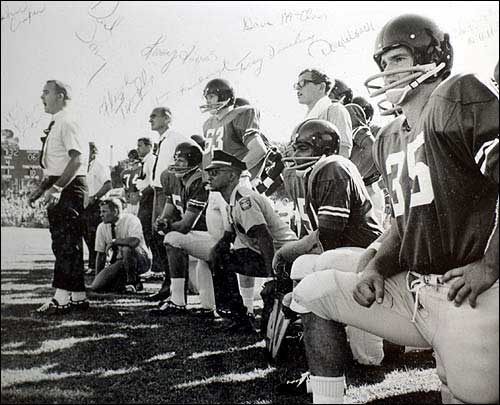 Verner Newman, at center in the police uniform, watches a KU football game from the sidelines in the late 1960s.

When Newman returned home after work, the first thing he always did was take his uniform off, his wife said.

“He was a policeman while he was in that uniform,” she said. “He was daddy when he came in the house.”

When their first child, Murphy, was born in 1960, “Everybody in Lawrence knew that Sergeant Newman had his baby girl,” Kathryn said.

“We’ve been married for 65 years, but that was a 59-year love affair,” she said of his relationship with Murphy.

And when their son, Verner Newman IV, was born on their seventh wedding anniversary, she said, “My husband used to say that’s the only anniversary present he got.”

After retiring from the police department in 1980, Newman took some time off work but eventually got a job with the state, organizing a custodial staff and maintaining state buildings.

When he fully retired in 1995, he enjoyed spending time with his five grandchildren.

“I love my grandkids,” he told the Journal-World in 2004. “It was the highlight of my life when they moved to Lawrence.”

Early on the morning of Newman’s death, Kathryn said she woke up in the middle of the night and “Verner opened his eyes and held up his hands.” He died in his sleep later that morning. 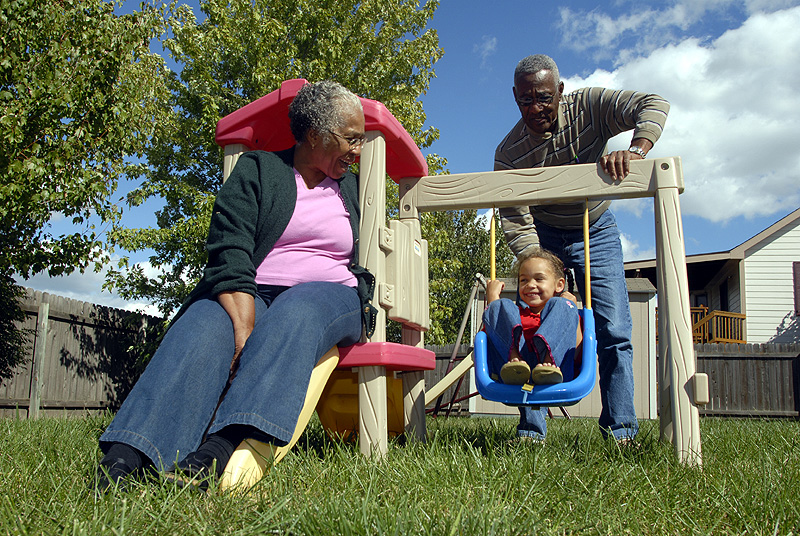 Kathryn and Verner Newman play with their granddaughter Victoria Newman in their backyard in September of 2006.

Verner Newman III is pictured in this October 29, 1969 edition of the Lawrence Daily Journal-World.

Correction: A previous version of this story misspelled the name of Lawrence Police Sgt. Myrone Grady.