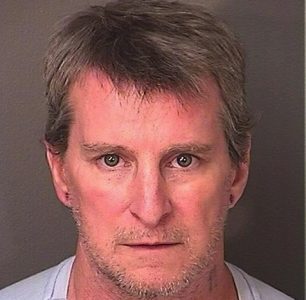 PARSONS — A convicted rapist and kidnapper has been recaptured after he escaped from custody by threatening a state hospital worker with a plastic knife, authorities said.

Randy Eugene Snodgrass, 58, escaped Monday after he pulled out the knife while he and the worker were in a van heading to the Parsons State Hospital and Training Center, Labette County Sheriff Darren Eichinger said. The Kansas Department for Aging and Disability Services said Parsons was a resident in the hospital’s sexual predator treatment program.

Snodgrass and the driver were the only ones in the van. He cut the driver’s neck with the plastic knife and demanded that she pull over and let him out near Parsons, Eichinger said. The worker was not seriously injured.

Snodgrass was captured Tuesday about 14 miles away in Neosho County. Details of his arrest were not released.

Snodgrass is on parole after being convicted of rape, aggravated sodomy, aggravated kidnapping and aggravated assault in Douglas County. Kansas Department of Corrections records show the crimes happened in 1990. He was paroled to Labette County in December after spending four years in prison following a parole violation. He was first paroled in August 2013 after being held in prison since 1991.

According to a document filed with the Kansas Supreme Court, the Douglas County crimes occurred in Lawrence on Nov. 1, 1990, when Snodgrass targeted a woman who was putting her 2-week-old daughter into her car. He lured her into a house under the false pretense that his mother had fallen and had asked for her help. She recognized him as the son of a woman who lived across the street from her parents. After she went inside the house, he attacked her at knifepoint.