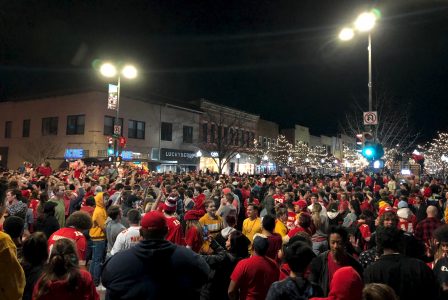 After the Kansas City Chiefs came back from a double-digit deficit to stun the San Francisco 49ers in the fourth quarter Sunday night and become Super Bowl champions, Massachusetts Street erupted into a “large, but relatively peaceful” celebration, Lawrence police said Monday.

There was damage to the front of a business in the 800 block of Massachusetts Street and to the traffic lights at Ninth and Massachusetts streets, LPD spokesman Patrick Compton said via email Monday. Police arrested two people on suspicion of felony damage to property, he said.

As the Journal-World reported Sunday night, the Acme T-shirt store at 847 Massachusetts St. was damaged when some fans apparently climbed onto the awning that extends several feet out over the sidewalk in front of the storefront. The business’s owner could not immediately be reached Monday morning. 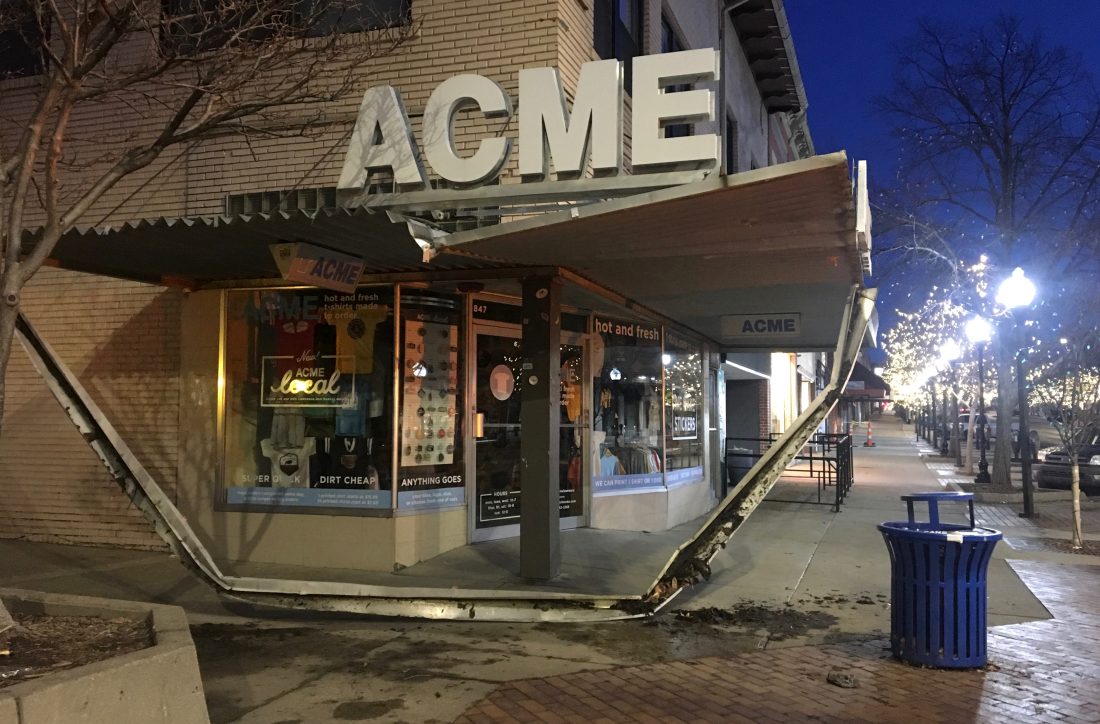 Porter Arneill, a spokesman for the City of Lawrence, told the Journal-World via email Monday afternoon that “The cost for the response last night, the repairs this morning, and the cleanup was $6,400.”

However, Compton said he was not aware of any fights that occurred during the celebration.

“We did increase our presence in the downtown area, and other than the two incidents, the crowd was rowdy, but again, cooperative and peaceful,” Compton wrote.

All was fairly quiet on the University of Kansas campus, as well, KUPD Deputy Chief James Anguiano told the Journal-World Monday morning. Even the football field’s often-uprooted goalpost remained intact. 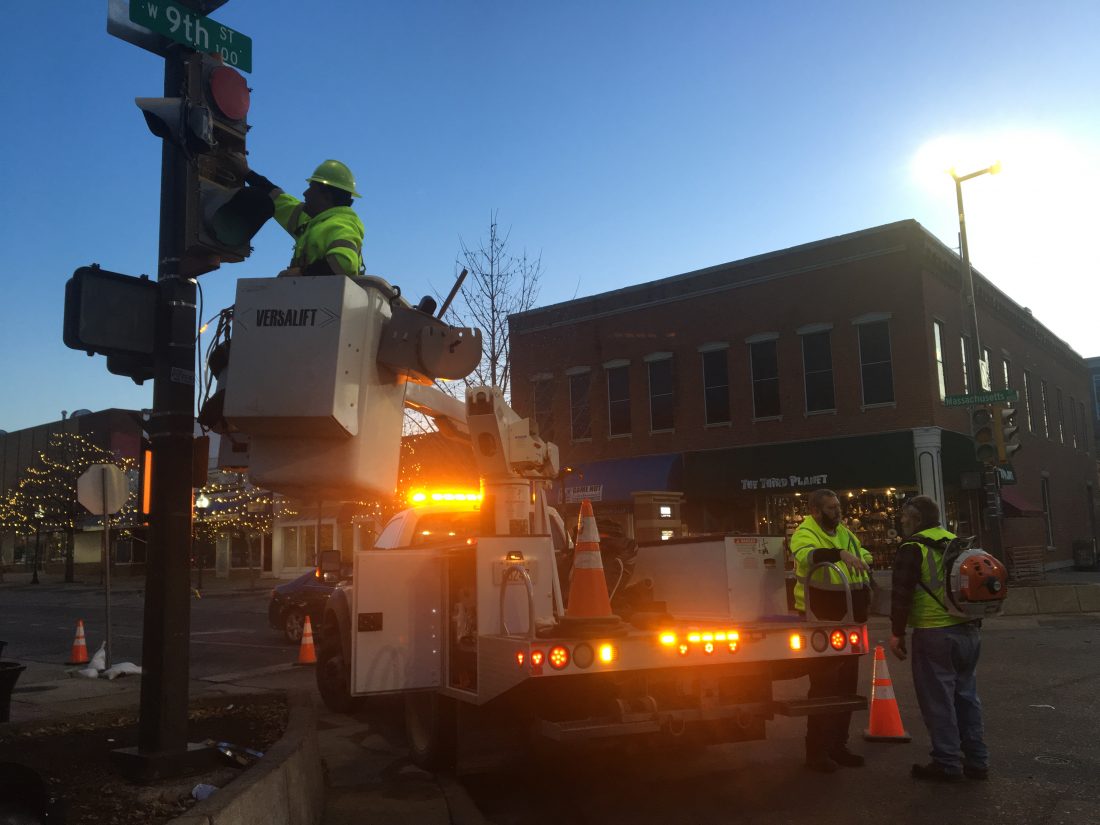 Workers repair a stoplight at the northwest corner of Ninth and Massachusetts streets early Monday, Feb. 3, 2020. The stoplight was damaged during a downtown celebration Sunday after the Kansas City Chiefs won the Super Bowl.