Vehicle theft suspect in custody after eluding arrest in Lawrence 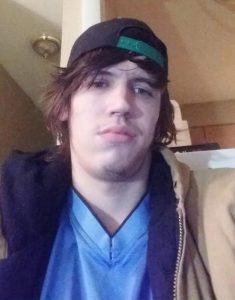 A 26-year-old Lawrence man is now in custody after eluding arrest late Saturday in connection with a suspected vehicle theft, Lawrence police said.

Patrick Compton, spokesperson for the Lawrence Police Department, said police investigators located a reported stolen vehicle at about 10:30 p.m. Saturday in the 3300 block of Iowa Street. Officers then witnessed a man and a woman entering the vehicle.

The female suspect was arrested at the scene and later turned over to Franklin County authorities for outstanding warrants, Compton said. The male suspect, identified as Brett Greenfield, of Lawrence, reportedly drove away from the scene.

Compton said police officers initially pursued Greenfield but broke off the chase. After police cut off the pursuit, Greenfield turned down a dead-end street and caused significant damage to private property in the area, Compton said.

The vehicle was found abandoned Sunday morning in a rural area, Compton said.

Sunday afternoon, police released a photo and description of Greenfield and asked for the public’s help in locating him. He was found and taken into custody shortly before 5 p.m. Sunday, police said in an update posted to their social media channels.

Greenfield was booked into Douglas County Jail around 5 p.m. on suspicion of criminal use of a financial card, fleeing law enforcement, criminal damage to property, theft, and use or possession of drug paraphernalia, according to the jail’s online booking log.