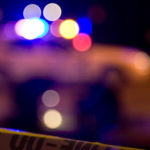 Lawrence police were called to the area of Iowa Street and Stratford Road around 9:55 p.m., police said in a news release Thursday morning. Officers found that 52-year-old Silvestre Guebara had died when his pickup truck left northbound Iowa Street, struck a tree and rolled over, Sgt. Amy Rhoads said in the release.

Iowa Street was closed in both directions, from Harvard Road to Bob Billings Parkway, for a time after the crash, and the department’s accident investigations unit was called in to investigate, police previously said.

Police do not believe anyone else was involved in the crash and contributing factors are still being investigated, Rhoads said.