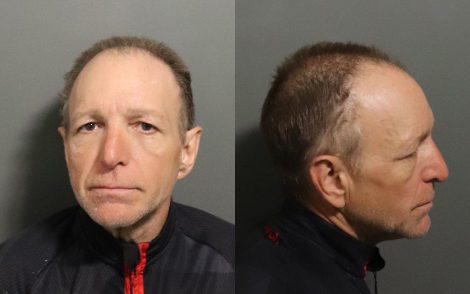 A Lawrence man who was set to go to trial for giving a teen drugs that nearly killed him was convicted Wednesday and sentenced to three years of probation.

Dana S. Wingert, 56, of Lawrence, pleaded no contest to two counts of endangering a child, two counts of unlawful administration of a substance, one count of unlawfully hosting minors consuming alcohol and two counts of battery, according to Cheryl Wright Kunard, assistant to the Douglas County district attorney.

The Journal-World has reported that a 15-year-old boy nearly died on April 21 after snorting and swallowing a cocktail of prescription drugs and alcohol he got while partying with Wingert, according to the police affidavit in Wingert’s case.

Wingert lived alone in eastern Lawrence, but the boys — one of whom lived in the neighborhood — went over to his house about 7:30 p.m. the previous night.

The boy and his 16-year-old friend both passed out after taking Xanax and hydrocodone, drinking alcohol and smoking marijuana at Wingert’s home, according to the affidavit. Police were able to revive the 16-year-old at the scene, but the 15-year-old was taken to a hospital in critical condition, unable to breathe on his own, and placed on life support.

Wingert was arrested after police responded to his home and found the two boys unresponsive in the living room, surrounded by drugs and paraphernalia, according to the affidavit.

The unresponsive teen was taken to Lawrence Memorial Hospital, then transferred to the University of Kansas hospital in Kansas City, Kan., after becoming unable to breathe on his own and placed on a breathing machine for life support. The boy’s father told police later that day that he was improving and showing signs of movement, but he had not regained consciousness.

It was unclear Thursday whether the boy has regained consciousness since the incident. Asked for a condition update for the boy, Wright Kunard said the DA’s office must respect the privacy of its victims and it would not be appropriate to comment.

In July, Wingert had pleaded not guilty and he was set to go to trial starting Oct. 28.

As part of his sentence, Wingert must obtain a substance abuse evaluation and comply with treatment recommendations and submit to random drug testing, Wright Kunard said. He also must pay an $800 KBI lab fee and $60 probation fee.

If his probation is revoked, he must serve 36 months in jail.